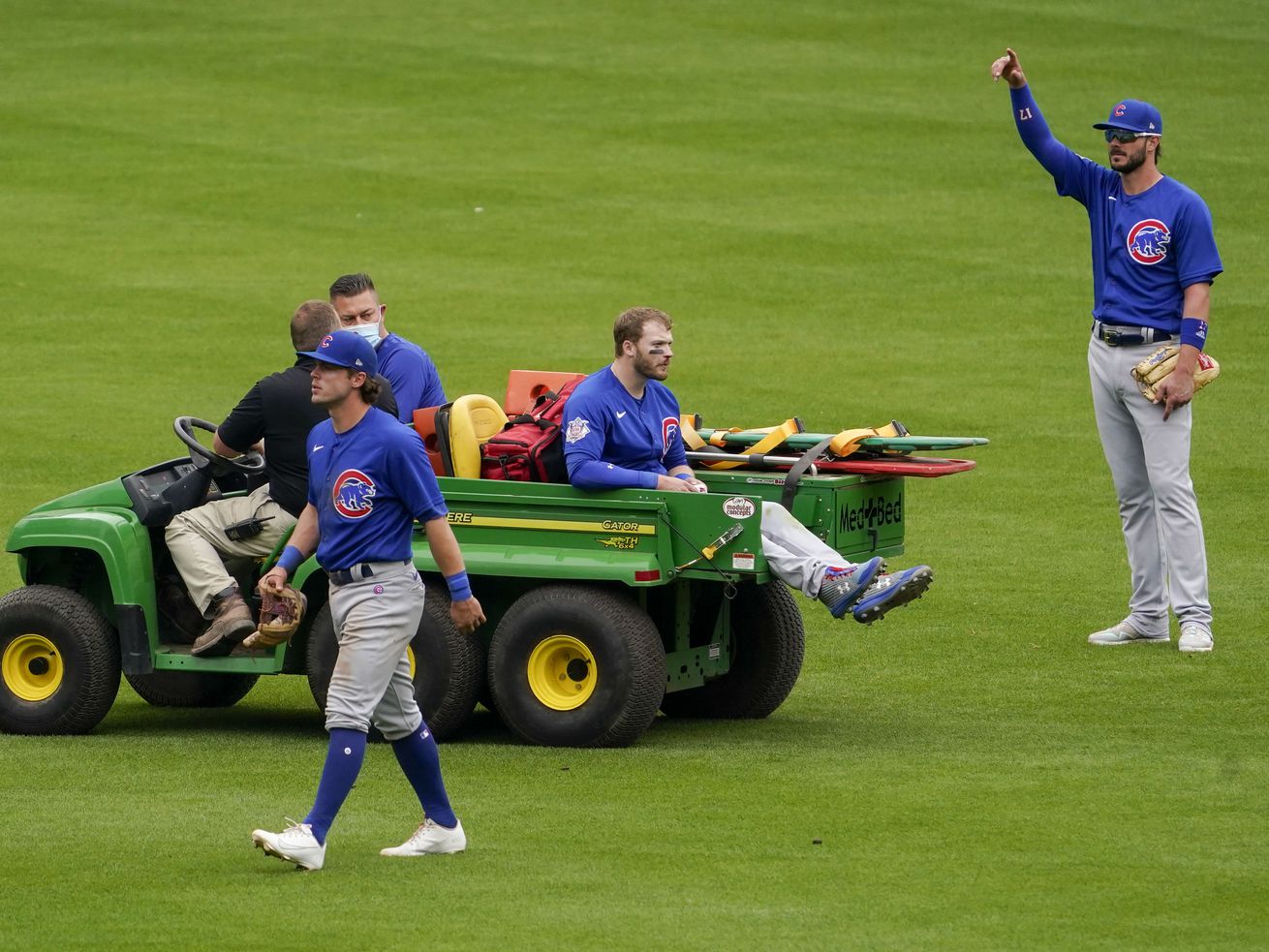 The Cubs expect Hoerner (left forearm strain), Arrieta (right thumb abrasion) and Winkler (right triceps tendinitis) to be back sooner rather than later with several off-days coming over the next week.

“I think we’re optimistic about everyone, to be honest with you,” manager David Ross said before Game 1. “I don’t think they’re very serious [injuries]. I think all of them are fairly good news with the off-days coming up for us. It gives us a chance to maximize the rest time without missing too many games.”

Hoerner’s IL stint comes after his collision with outfielder Ian Happ in Sunday’s loss to the Reds. Hoerner said before the Cubs’ doubleheader that there was some soreness following Sunday’s game, but nothing too severe. But after coming in and meeting with trainers on Monday, things had progressed, leading to the team’s decision to place him on the IL.

“I was pretty stressed in the outfield, just not knowing what condition he was in,” Hoerner said. “Pretty shaken up. Just seeing a friend leave the field like that doesn’t feel good at all. So when I could go back to the locker room and see him and he was in good spirits, that definitely made me feel good, because it was probably the scariest baseball play I’ve been a part of.

“All things considered, [we’re] both pretty fortunate where we’re at, especially for his head to be in good shape after something like that. It was kind of the biggest concern for everyone. Really glad that he’s gonna be able to stay off the aisle and be healthy.”

It appeared that Happ took the worst of the collision, but has come away from the scary scene on Sunday better than many expected. The 26-year-old outfielder is still undergoing tests, but has cleared the team’s concussion protocols.

“He’s day to day,” Ross said. “Tests seem to be all good. He’s pretty sore in a lot of different areas. He ran through a ton of tests yesterday to make sure he was fine and I think all the tests I know have come back and he’s in a good place. He’s just super sore. So he’s gonna get the body cranking this morning and run through a bunch of tests with the trainers and see if he can swing and we’ll know a little more closer to game time.”

Alzolay to start Game 3 vs. Dodgers

Right-hander Adbert Alzolay will start the series finale vs. the Dodgers on Wednesday, replacing Arrieta, who was scheduled to make the start before going on the IL. Alzolay had his best start of the season in his last outing, going six innings and striking out six against the Braves.

Coronavirus: Americans offered free beer and doughnuts to get vaccinated

Powell sees need to help most vulnerable in uneven recovery