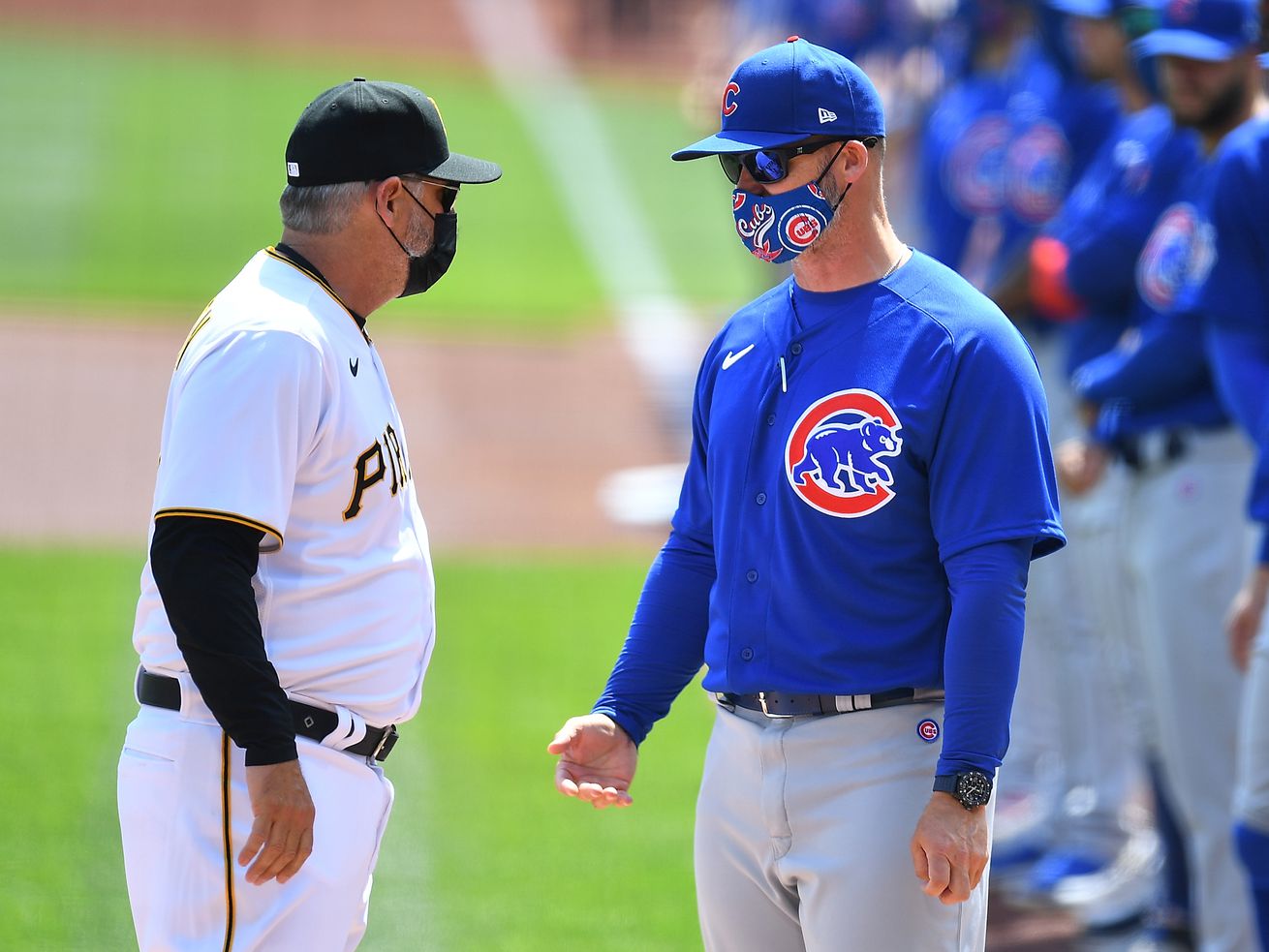 Manager David Ross says team is making progress daily, but have yet to reach the 85% threshold.

PITTSBURGH – As COVID-19 vaccines continue to be rolled out around the country, teams all across MLB have slowly been getting players vaccinated. The league has incentivized team’s for having Tier 1 personnel (players, coaches, trainers, front office) vaccinated. If a team reaches 85% of Tier 1 personnel vaccinated, MLB will loosen its protocols.

Several teams around the league have already met the 85% threshold, but the Cubs have not met the criteria. Players at the team’s complex in Arizona and the alternate site in South Bend are also considered Tier 1 and can also receive the vaccine if wanted.

“When we get there, that’ll definitely help things, for sure,” manager David Ross said. “There’s a lot of a lot of things that we can kind of loosen the reins on, according to MLB protocols. But we got to get to that. That’s definitely something we’re working towards.

“You’re trying to get all these guys vaccinated. They’re making progress daily, to be honest. The number is moving up and I know we’re getting closer. I have a percentage in my head, but I’ll keep that [number] in house for now.”

While some players have received the vaccine, the team has continued to emphasize that the decision to be vaccinated is a personal player’s choice. Only shortstop Javy Baez has come out publicly about getting the vaccine.

It wasn’t Jake Arrieta’s best day at the yard, but he continued to do what he did during his first start of the season. Keep the Cubs in the ballgame.

There was plenty of traffic on the bases as Arrieta struggled to find command of his sinker and the Pirates found ways to put the ball in play.

But the 35-year-old right-hander didn’t let the things spiral, limiting the damage and after allowing two runs in the fourth inning, he settled, which gave his offense time to give him some run support late in the game.

“It’s only gonna get better only gonna get better,” Arrieta said. “Curveball was touch-and-go. Cutter was really good when I needed it. Big strikeout to Moran with runners at first and third in a pivotal situation in the game. It just comes down to executing when you have to. Regardless of, ‘Do I have a pitch or not?’ I’m still gonna use it.”

Arrieta battled his way through six innings allowing two runs on seven hits. He walked three batters and struck out four as he …read more

Golden Globes 2021: The Complete List of Nominees | Entertainment Weekly
Jeopardy should do the right thing and make Aaron Rodgers the full-time host