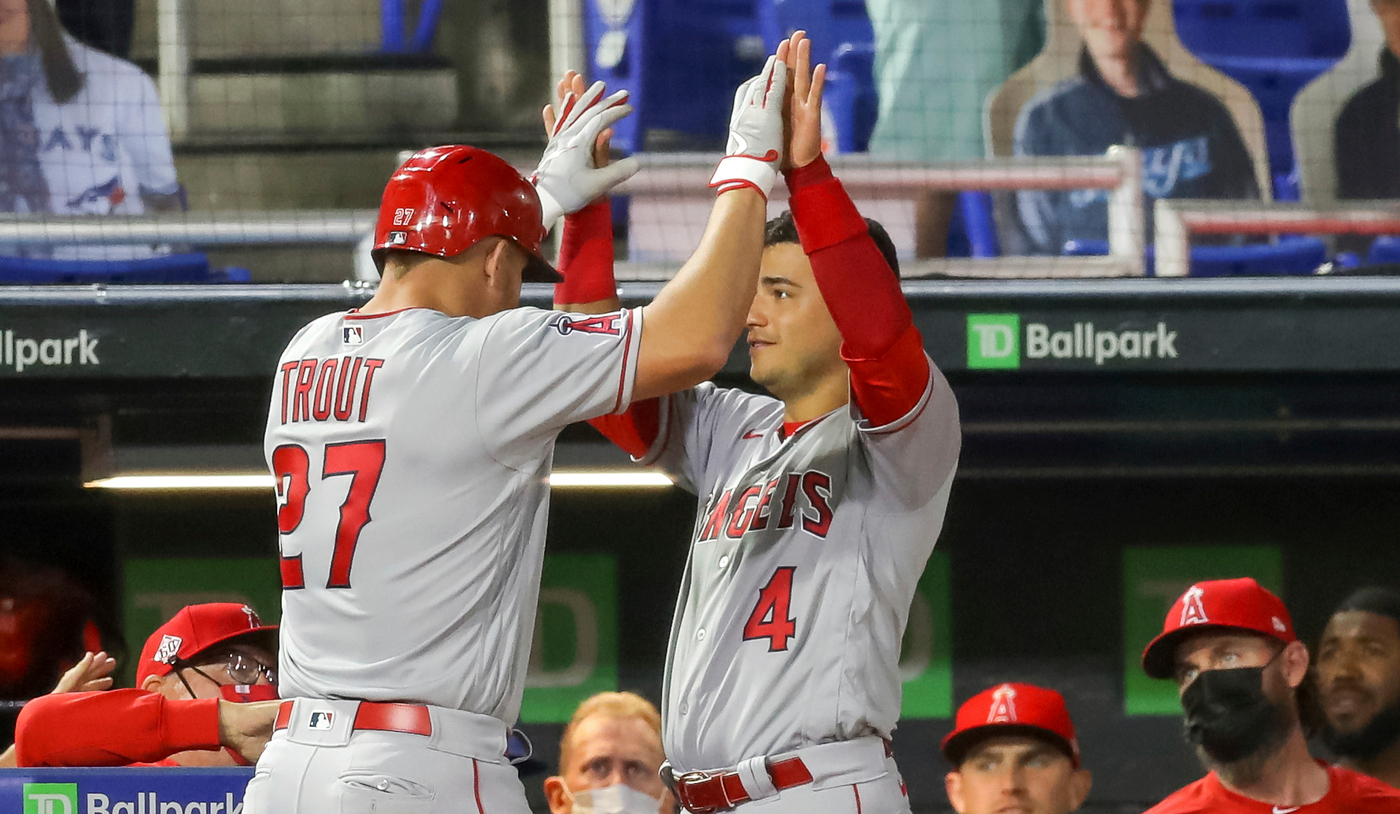 David Fletcher dropped a bloop single – his specialty – into center field in the 11th inning, driving in the tie-breaking runs in the Angels’ 7-5 victory over the Toronto Blue Jays on Thursday night in Dunedin, Fla.

The Blue Jays are playing their home games at the start of the season at their spring training ballpark because of COVID-19 travel restrictions between the United States and Canada.

The teams each failed to drive in the lead runner placed at second base in the 10th. In the 11th, the Angels had runners at second and third when Fletcher came to the plate, and he flared a soft pop into center, good enough to drive in both runs. It was his second run-scoring hit of the game, including a game-tying double in the second.

Closer Raisel Iglesias then took care of the Blue Jays in the bottom of the inning, striking out all three hitters to lock up the Angels’ fifth victory in their first seven games.

Mike Trout homered for the third game in a row, a 444-foot blast over the left field fence. He also doubled and scored and reached on an infield single.

Trout had a chance to drive in the go-ahead run in the top of the ninth, but center fielder Randal Grichuk robbed him with a diving catch.

Trout was then placed at second to start the 10th and ended the inning stranded at third. Anthony Rendon, Jared Walsh and Justin Upton each failed to get the hit that could have knocked in the go-ahead run.

Right-hander Junior Guerra escaped the bottom of the inning to send the game to the 11th.

Long before the end of the game, Griffin Canning walked off the mound following an encouraging start marred by a couple of home runs.

Canning gave up three runs in the first, including a two-run homer by Vladimir Guerrero Jr. He also gave up a solo homer to Cavan Biggio in the sixth.

In between those homers, Canning retired all 14 hitters he faced, including six with strikeouts.

Angels catcher Max Stassi off to encouraging start at the plate

Canning threw 81 pitches, and 49 of them were sliders. The Blue Jays missed on 12 of the 23 times they offered at his slider.

Canning left in a 4-4 game, and the Blue Jays then took a 5-4 lead on Guerrero’s RBI single against Aaron Slegers.

The Angels tied it in the seventh on a Shohei Ohtani single into right field.

Golden Globes 2021: The Complete List of Nominees | Entertainment Weekly
US to leave troops in Afghanistan beyond May, 9/11 new goal