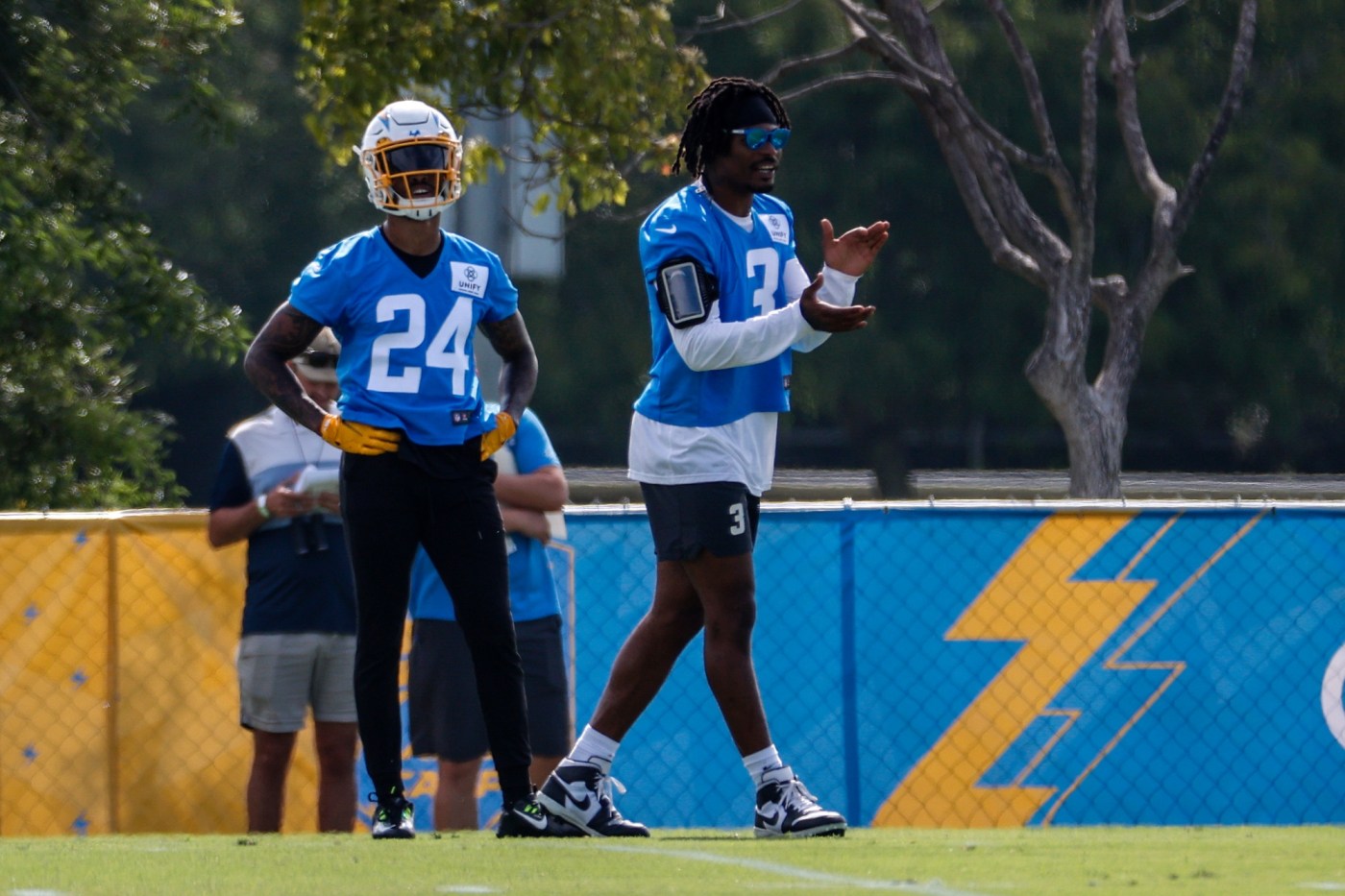 COSTA MESA — The air horn cut through the early-morning buzz of Day 8 of the Chargers’ training camp at Jack Hammett Sports Complex, signaling the start to their workday. It was 8:45 a.m. Friday, time to begin a 15-minute walk-through before a period of stretching followed by the start of practice.

All-pro safety Derwin James Jr. took his position in the Chargers’ secondary, as he has for each of the past seven days of practice. He wore his No. 3 light blue jersey with a white long-sleeved T-shirt underneath. Like everyone else in the walk-through, he was helmet-less.

When the air horn sounded again at 9 a.m., he walked to the sideline while his teammates took their customary spots on the field and began to stretch and then participate in 7-on-7, 11-on-11 and special teams drills. James remained there, watching, cheering and coaching.

It’s been that way since Day 1, while James awaits a contract extension. The days have slipped by during his “hold-in” and the question had to be asked Friday: Wouldn’t the Chargers be better off with James on the field and participating so they could see what their defense would look like for their Sept. 11 opener?

Renaldo Hill, the Chargers’ defensive coordinator, referred to James as “the Alpha guy,” so wouldn’t it make sense for James to be with his teammates, many of whom are new to the team? After all, the 90-player training camp roster features 18 new names on defense since the end of last season.

“He’s getting all the walk-through parts of it, so mentally, he’s locked into the game,” Hill said. “We know what he can do physically. It’ll work itself out when it’s time. In the meantime, he’s doing everything he can do to stay involved and we’re trying to indulge him and make sure he’s part of the walk-throughs.

“He’s still the Alpha guy when he steps out here. You know the point is coming when he’s going to get out on the field. I feel like he’s always near me, so he’s part of it all.”

Cornerback J.C. Jackson is one of the 18 newcomers on defense, having signed with the Chargers as a free agent during the offseason after four years with the New England Patriots, including his first Pro Bowl selection last season. He would like to see James on the field sooner than later.

Jackson made a highlight reel-caliber interception near the end of the 11-on-11 portion of practice, snaring a pass from quarterback Easton Stick that glanced off the hands of a diving wide receiver Trevon Bradford. The offense was in a hurry-up mode when Stick tried to connect with Bradford.

Golden Globes 2021: The Complete List of Nominees | Entertainment Weekly
Miss Manners: How can these strangers think this is an OK question?