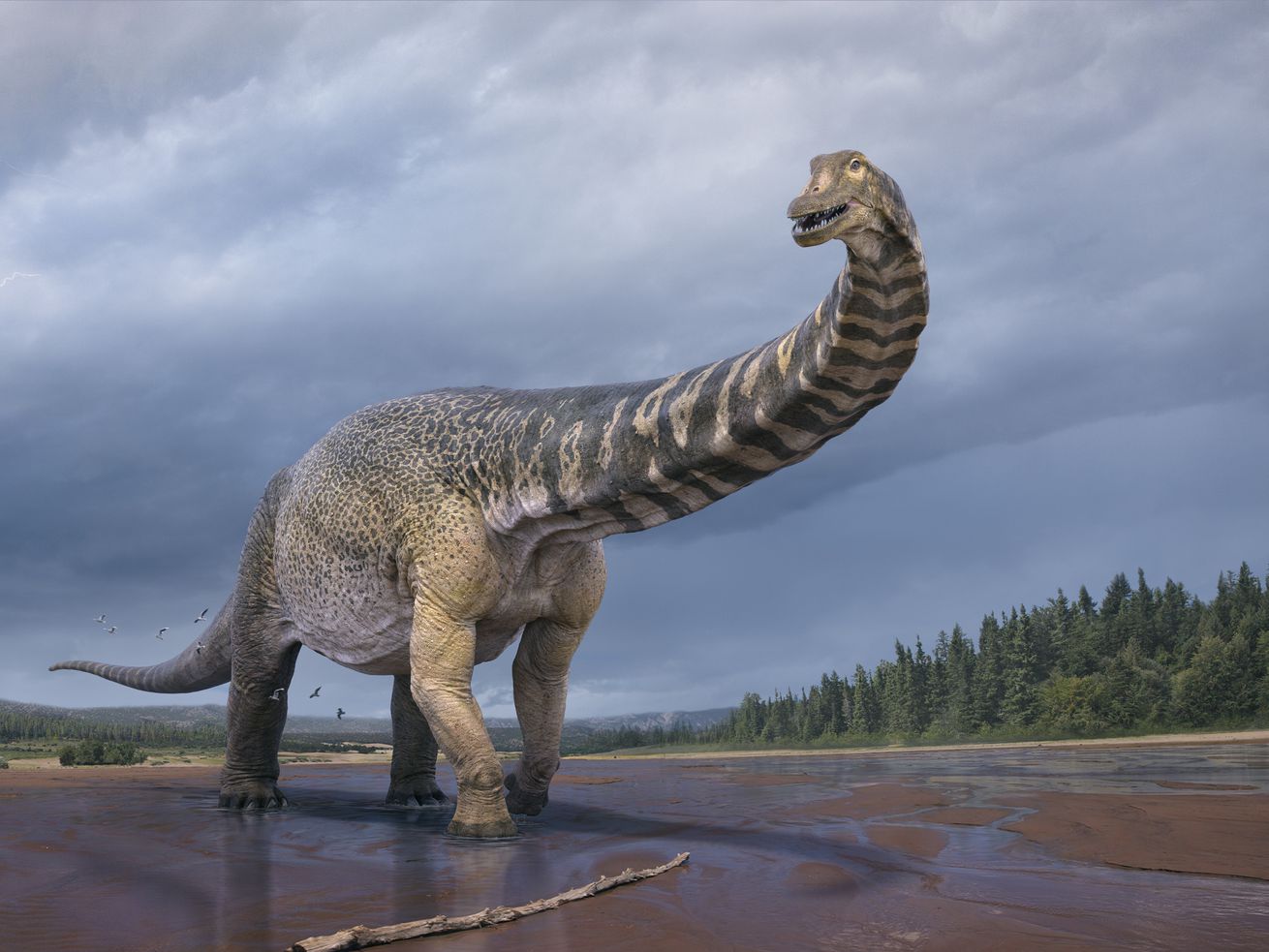 Australian dinosaur is that country’s largest ever found

Australian researchers are giddy over the confirmation of the largest dinosaur that ever roamed their country, a two-story plant-eating sauropod the length of a basketball court that lived over 98 million years ago.

The fossilized remains were first excavated in 2006-2007, but it has only been recently confirmed that, yes, this was the largest dinosaur that inhabited the land Down Under. Ever.

But a couple of Utah’s top paleontologists say, game on.

Australia may have its gargantuan example of titanosaurians — this one nicknamed Cooper for a creek not far from where it was found — but Utah has its Alamo.

More precisely, Alamosaurus. The big beast was unearthed in the 1930s west of Orangeville in Emery County by the Smithsonian Institute, which remains its permanent home.

Mark Loewen said Australia’s late cretaceous Cooper was big to be sure. And long. And heavy.

“It was big and massive, but we have those in Utah as well,” he pointed out.

Loewen, resident research associate at the Natural History Museum of Utah and an associate professor in the department of geology and geophysics at the University of Utah, said scientists in the Outback don’t often come across intact specimens of fossilized remains of dinosaurs.

“Australia does not have a lot of really nice dinosaurs like we do here in Utah, and wherever they find one, they find parts of the arms, legs, vertebrae, but not a complete dinosaur,” he said. “But it certainly makes the news when they find enough to get a name. That’s good.”

Rochelle Lawrence
Scott Hocknull and Robyn Mackenzie with a 3D reconstruction and the fossilized bone of a humerus from Australotitan cooperensis, the largest dinosaur found in Australia.

Added Alan Titus, paleontologist for the Utah Bureau of Land Management: “Utah’s been there, done that.”

As city reopens, property markets shake off the pandemic

By the time Australia’s giant dinosaur was roaming around, Loewen said all the humongous long-necked dinosaurs in North America had been wiped out by predators.

But he emphasized that there was a time that when a healthy adult specimen of a titanosaurian was wandering about that it was pretty much invulnerable.

“When it was a healthy adult, probably nothing could take it down. If they were older and sick, predators could have taken it down. Or it takes a long time to get to that size, so they would have been prey.”

So you could throw a dozen Utah Raptors, the state’s official dinosaur, at one of these big dinosaurs and it probably would not have mattered. Or even a T-Rex or two.

Eventually, however, the T-Rex evolved to become much bigger, stronger and more cunning in its hunt for lunch. The meat eaters wiped out the long necks in North America.

What did the meat eaters do? Loewen said they had to change up the menu and go after different prey.