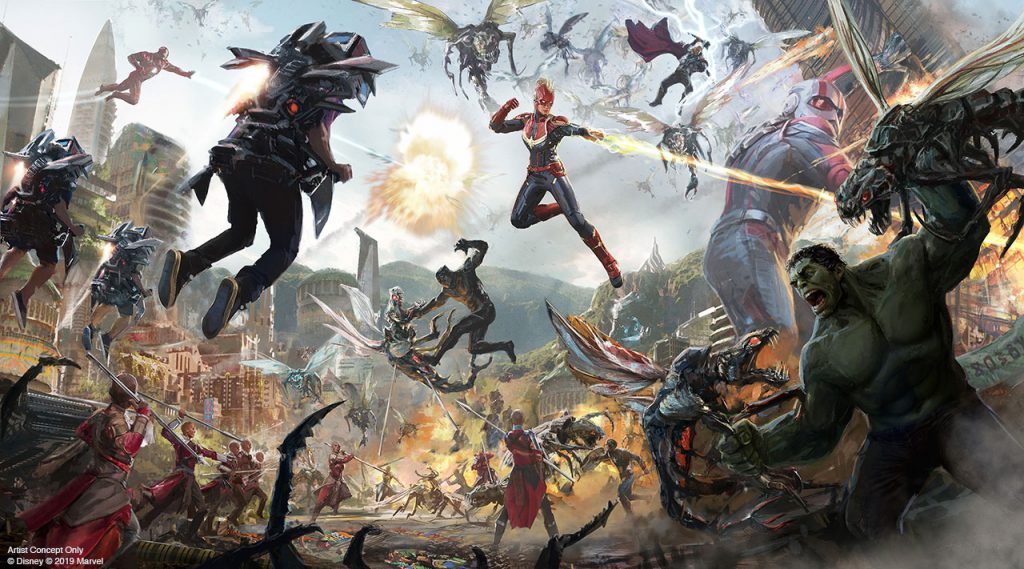 Disney plans a June opening for the new Marvel super hero land that will see Spider-Man swinging across the sky, Doctor Strange conjuring up magic spells and Captain America fighting villains along rooftops.

The new Avengers Campus themed land based on Marvel superhero stories will open on June 4 at Disney California Adventure, according to Disney officials.

The announcement was made on Thursday, April 8 during a virtual press event hosted by Disney Parks, Experiences and Products Chairman Josh D’Amaro and Marvel Studios President Kevin Feige.

Sign up for our Park Life newsletter and find out what’s new and interesting every week at Southern California’s theme parks. Subscribe here.

SEE ALSO: Everything you need to know about the Marvel land coming to Disney California Adventure

Rolling out a new Marvel themed land as soon as California theme parks reopen never made much sense. The point of a new attraction is to drive attendance — something Disneyland and DCA will be trying to avoid amid state-mandated capacity limitations when the parks return on April 30.

Avengers Campus appears to be nearly complete based on aerial photos of the 6-acre themed land with work continuing at a steady rate during the coronavirus closure of DCA.

The first phase of the new land will open with a Spider-Man dark ride, Doctor Strange special effects show, Ant-Man and the Wasp restaurant and Marvel character meet-and-greets and rooftop shows. A second phase will open at an unannounced date with an Avengers E-ticket attraction. The existing Guardians of the Galaxy: Mission Breakout indoor drop tower ride will serve as the anchor for the new Avengers Campus.

Hoornstra: Change is hard-won in MLB, even when it tries

When the superhero training complex finally opens, visitors will find the Avengers’ iconic Quinjet docked atop a futuristic headquarters building as collector Taneleer Tivan’s towering citadel looms in the distance.

The backstory of Avengers Campus envisions the land as a former Stark Industries secret complex that has been redeveloped by Iron Man’s Tony Stark as a training ground for the next generation of superheroes.

The time is now and the place is Anaheim, California. The Marvel super heroes that will populate the land are conscious of the world around them. Avengers Campus isn’t locked into any particular timeline in the Marvel comics or the MCU. “The Snap” in “Avengers: Endgame” never happened. Iron Man and all your favorite Marvel characters are free to come and go from Avengers Campus as they please.