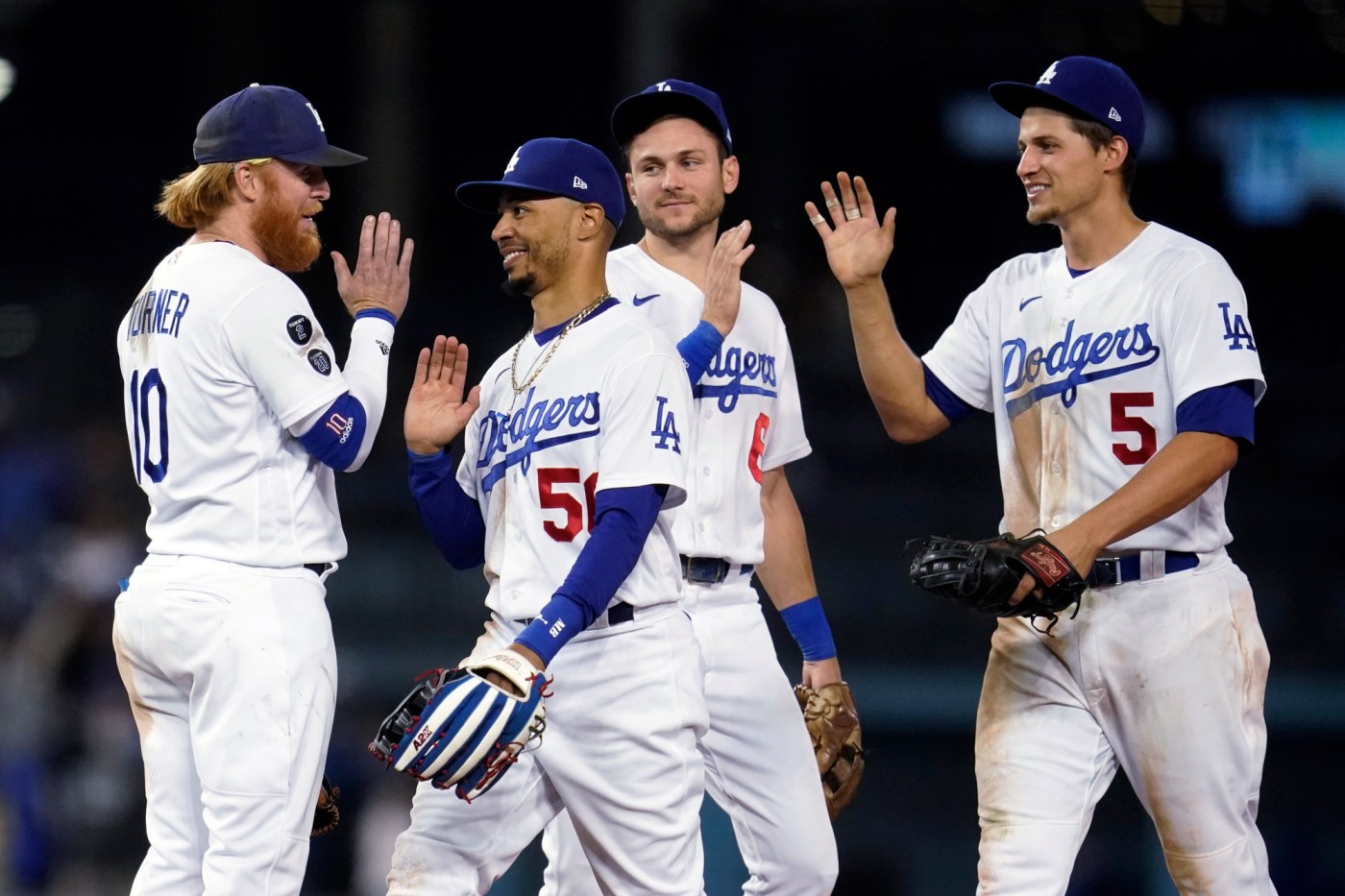 LOS ANGELES — Even before the Dodgers beat the Arizona Diamondbacks, 8-4, on Tuesday night, their magic number to clinch a playoff berth lacked the usual magic.

It’s zero, for the record. The Dodgers’ win, combined with the San Diego Padres’ loss to the San Francisco Giants, ensured they would reach the playoffs for a ninth consecutive season. Asked if this year’s team reminds him of any predecessor, third baseman Justin Turner declined.

“We’re kind of on our own path right now,” Turner said, “and playing really good baseball.”

The Dodgers (93-53) are on pace for 103 wins. Yet so far they’re headed straight for a wild card berth – a special path indeed. Only twice in franchise history, and not since 2006, have the Dodgers entered the postseason as a wild-card team.

With the best record in baseball, the Giants (95-50) have a chance to halt the Dodgers’ streak of eight consecutive National League West titles. They lead the division by 2½ games with 17 regular-season games remaining; the Dodgers have 16 games remaining.

Maybe that’s why Turner was caught off-guard when asked before Tuesday’s game about the Dodgers’ plans to celebrate if they clinched.

“Although you don’t want to take those things for granted,” he said, “I don’t know if we’ll celebrate that.”

The Dodgers are a perfect 5-0 on their current homestand, which ends Wednesday night with a rematch against Arizona. The Dodgers have won 13 of 15 head-to-head meetings with the cellar-dwelling Diamondbacks (47-98).

The Dodgers never trailed Tuesday. Max Muncy, Will Smith and Trea Turner each hit home runs. Muncy and Turner each finished 2 for 3 with two RBIs. Muncy has 33 home runs, third in the National League.

Some faith leaders say no to endorsing vaccine exemptions

Dodgers starter Tony Gonsolin (3-1) did not allow a hit until Ketel Marte led off the fourth inning with a single. The right-hander allowed just two hits and two walks while striking out six – the third time in 11 starts this season he’s thrown at least five innings without allowing a run.

Dodgers’ Max Scherzer on 3,000 Ks: ‘It’s more of a token of durability than ability’

Marte also hit a three-run home run against reliever Justin Bruihl in the seventh inning, which momentarily brought Arizona within 6-4.

In the bottom of the seventh, the Dodgers loaded the bases against right-hander Brett de Geus, whom the Dodgers lost in the Rule 5 draft last December. Sacrifice flies by Smith and Justin Turner provided the final score.