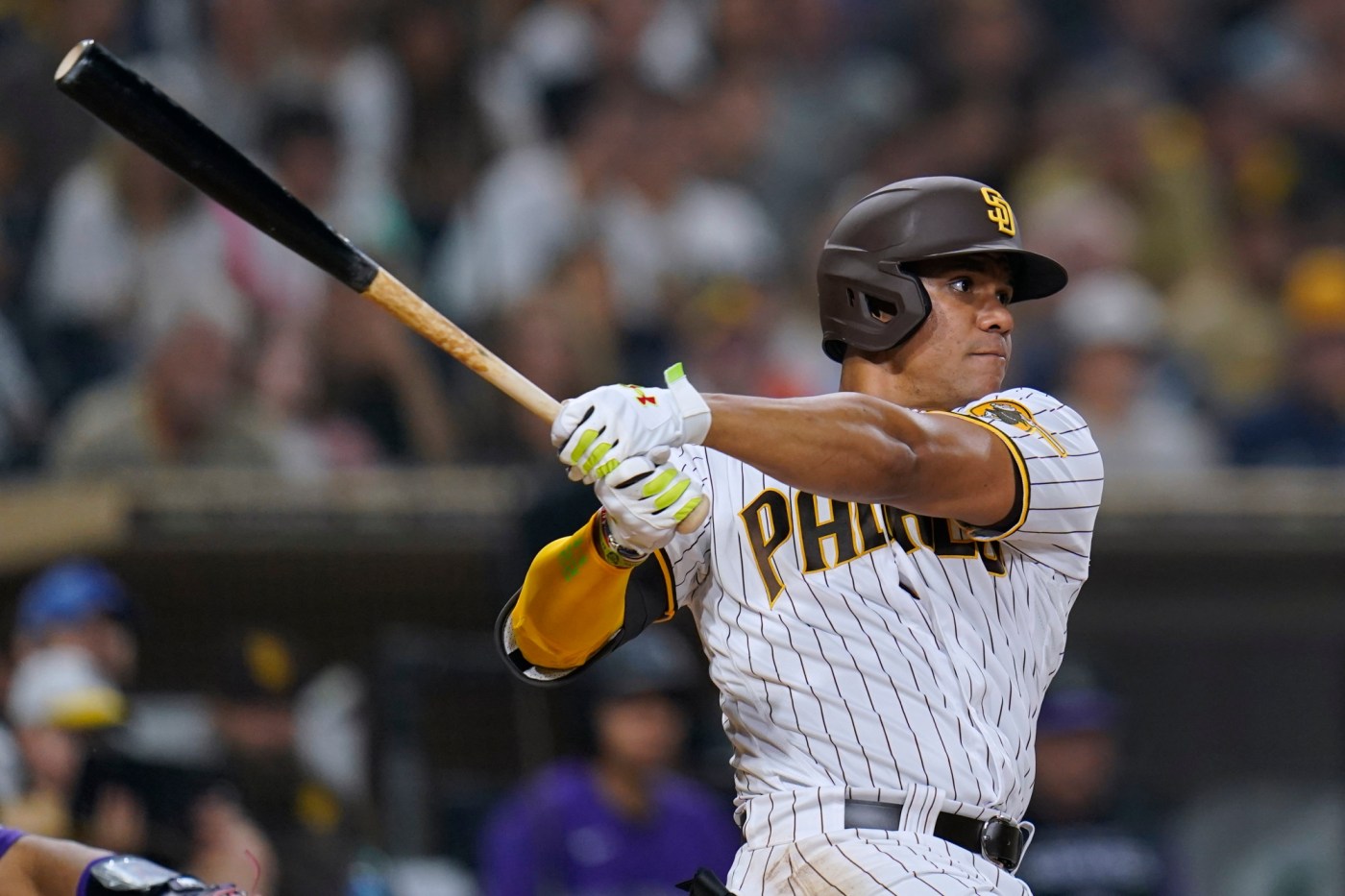 He couldn’t help noticing the scoreboard behind Betts.

“I looked back to see where Mookie was playing and I saw it was already 5-0 and I was, ‘Geez, already?’” Freeman said with a laugh, referring to the San Diego Padres’ score.

“Obviously they got off to a good start with their new crew last night.”

The Padres went on to beat the Colorado Rockies, 9-1, on Wednesday in a raucous premiere for the trade deadline’s biggest makeover.

But Freeman’s inadvertent scoreboard check is the only admission the Dodgers will make to looking over their shoulders at the Padres – who will come to Dodger Stadium for a three-game series this weekend.

“No – I mean, it’s another game,” Dodgers infielder Max Muncy said when asked if he was anxious to see what the Padres look like after adding Juan Soto, Josh Bell, Josh Hader and Brandon Drury.

“We just have to take it as just another game. If we go out there and play our game, we like our chances. Me saying that is not a knock on them. The Padres were a very good team and they got even better. It’s going to be a tough game, there’s no doubt about that. But the thing that makes us so good is that we don’t ramp up for any game and we don’t come down for any game either. That’s just one of the things that makes us very good. For us, we just have to keep doing the same thing.”

Doing the same thing has allowed the Dodgers to build the best record in baseball (72-33) with 27 wins in 32 games and a 12½-game lead over the second-place Padres (who lost to the Rockies, 7-3, on Thursday afternoon) in the National League West.

The Padres might not feel the exact same way. Having swung big at the trade deadline to make themselves into potent championship contenders, the Padres might be looking to announce that with authority by beating the Dodgers – the latest attempt by the NL West’s southern outpost to earn acknowledgment of a rivalry between the two teams.

“I came to L.A. and I know there are rivalries and on the East Coast there’s rivalries,” Freeman said. “In Atlanta, I just always viewed the schedule as the schedule that we play. It doesn’t matter who we play. You play the same way every night. But I think there’s going to be a little …read more

All of Alex Jone’s lawsuits explained