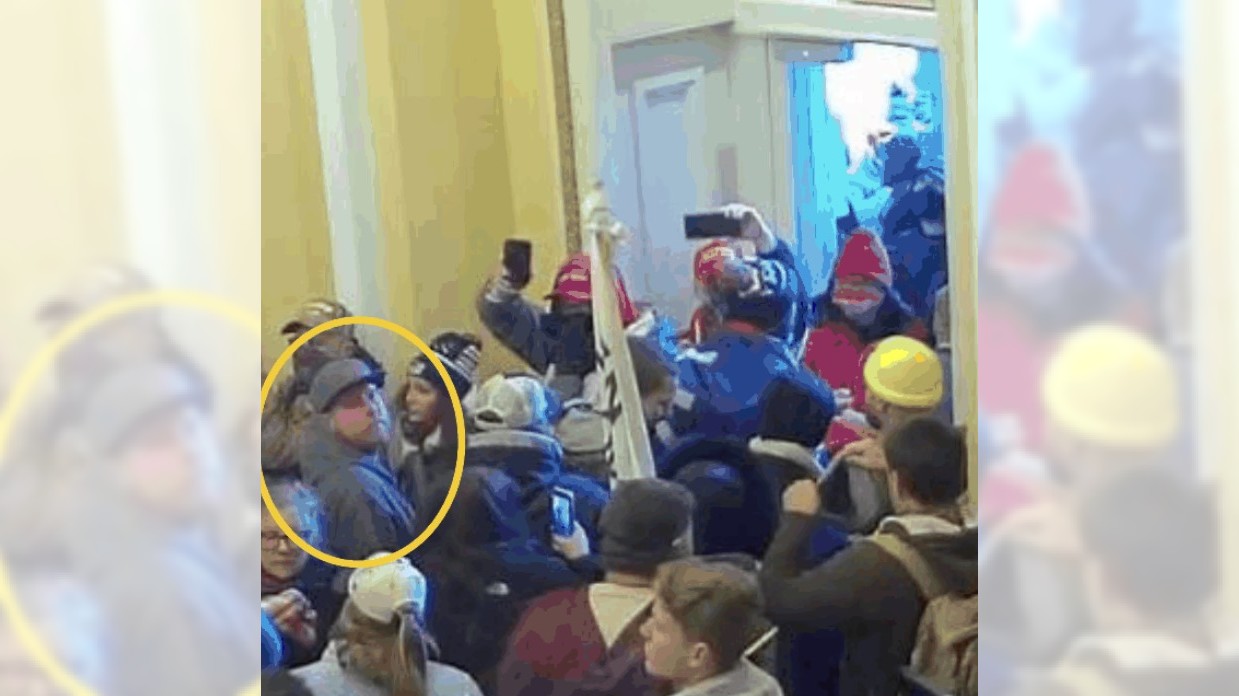 Derek Sulenta was excited to share the news of his actions.

“Dude we breached the capital (sic) building. We got pushed back then a (lot) more people came in and we went further,” he posted on his Facebook page, according to the U.S. Department of Justice.

Now Sulenta is having to answer for his braggadocio.

He was arrested in Long Beach on Wednesday, Aug. 4, and has been charged with illegally entering the U.S. Capitol during the Jan. 6 insurrection.

Sulenta made his first court appearance Thursday in Washington, D.C., and did not enter a plea. He was released on his own recognizance, said Ciaran McEvoy, a spokesman for the DOJ in Los Angeles. Sulenta’s next court appearance is scheduled for Aug. 18.

Sulenta was turned in by his own relative, the DOJ said in a sworn affidavit written to obtain an arrest warrant. The tipster sent the FBI photos that Sulenta had posted on Facebook of himself in the Capitol on the day scores of supporters of President Donald Trump stormed the building in an attempt to prevent Congress from certifying the Electoral College victory of Joe Biden.

On that Facebook page, which Sulenta last updated eight months ago, he identifies himself as being from Chino Hills.

The DOJ said Sulenta on Dec. 23, 2020, posted: “I’ll be there Jan. 6 to support the president no matter what happens. That’s the day he called for patriots to show up.”

SPECIAL DELIVERY: Nike and Social Status took everyone back to school with the "Recess" Penny 1 pack

The Facebook page indicated that Sulenta traveled from Los Angeles International Airport to Washington on Jan. 5, 2021. The next day, the DOJ said, he posted a selfie apparently taken inside the Capitol with the caption, “Took this from inside the capital (sic) building.”

Surveillance video showed Sulenta entering the Capitol through the Senate Wing at 2:26 p.m., the DOJ said. He then walked toward the crypt area, talking on his phone and snapping photographs. He remained inside until 3:13 p.m., the DOJ said.

Some of the posts noted by the DOJ have been deleted.

How to Watch Andrey Rublev vs. Jack Draper at the 2022 Citi Open: Live Stream, TV Channel