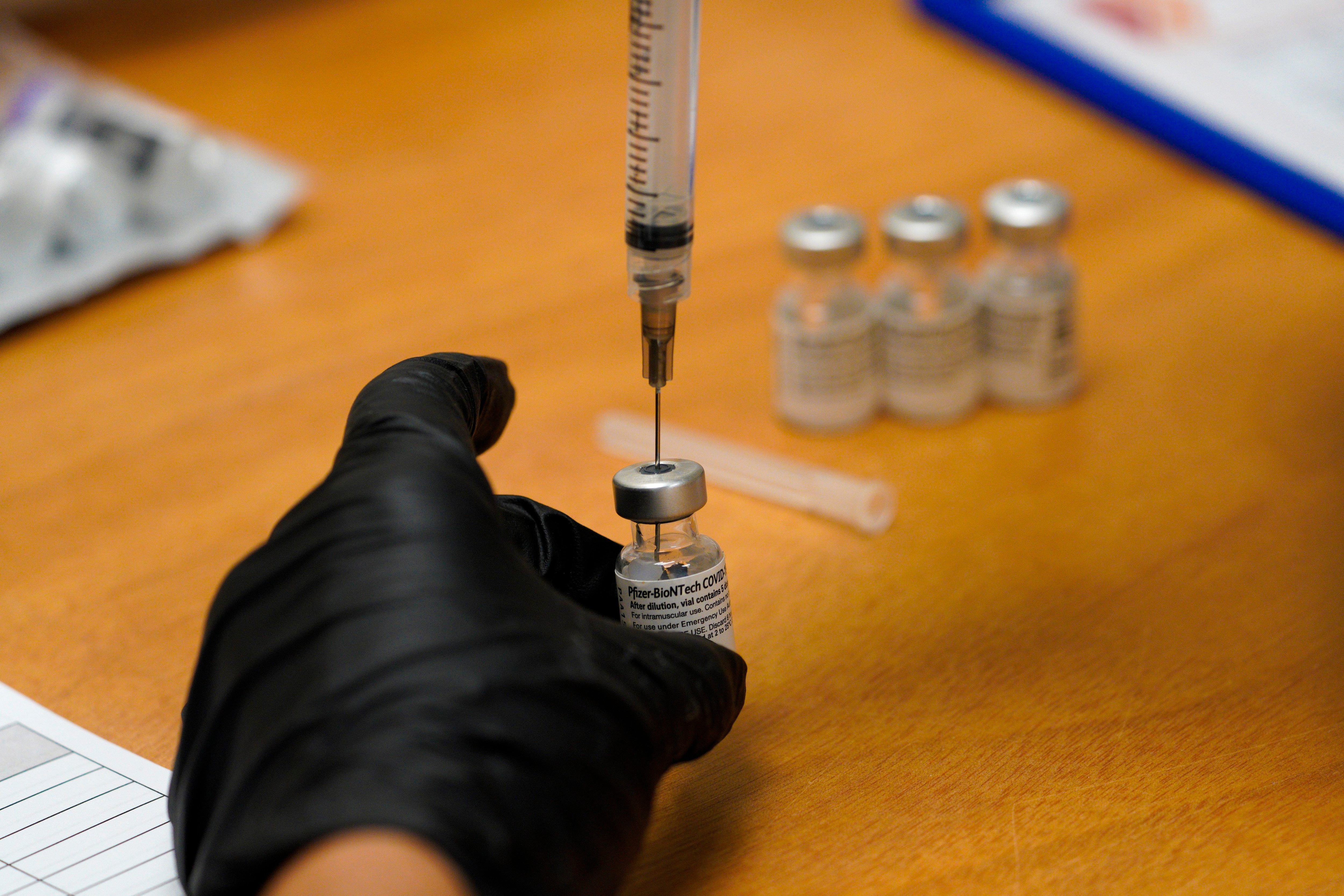 Executives from the major COVID-19 vaccine producers are set to answer questions from Congress on Tuesday about expanding the supply of shots needed to curb the pandemic that has killed more than 500,000 Americans.

The hearing comes as U.S. vaccinations continue to accelerate after a sluggish start and recent disruptions caused by winter weather. But state health officials say demand for inoculations still vastly outstrips the limited weekly shipments provided by the federal government.

The Energy and Commerce Committee panel will hear from the five companies with contracts to supply COVID-19 shots to the U.S.: Pfizer, Moderna, Johnson & Johnson, AstraZeneca and Novavax.

“We want to know what these companies are doing to ramp up production and what else can be done to get these vaccines distributed sooner to those who need them,” Rep. Diana DeGette said in a statement announcing the hearing. The Colorado Democrat leads the investigative subcommittee with oversight of U.S. health care.

The pharmaceutical executives are expected to face pointed questions about whether shortages of raw materials, manpower or funding are limiting the pace of manufacturing. Lawmakers are also expected to ask whether further use of the Defense Production Act — a Cold War-era law used to compel private-sector manufacturing — could help speed the process.

In written testimony released Monday, company executives did not describe shortages or other bottlenecks that have not already been addressed.

More than 75 million doses of the two-shot-regimen vaccines from Pfizer and Moderna have already been distributed to states, with nearly 14% of Americans receiving at least an initial dose. Pfizer expects to be shipping more than 13 million doses a week by the middle of March.

New Brunswick, N.J.-based J&J; revealed in its testimony that it will be able to supply 20 million U.S. doses of its single-shot COVID-19 vaccine by the end of March, assuming it gets the green light from federal regulators. The company has promised to supply 100 million doses to the U.S. government by the end of June.

The company had previously released few details on its initial supplies, though White House officials cautioned last week that they would be limited.

J&J; Vice President Richard Nettles plans to tell lawmakers the company faces “significant challenges” in scaling up its vaccine, due to its “highly complex” manufacturing process. Nettles states that the company remains on track to supply the promised U.S. doses and 1 billion globally by the end of 2021.

The Food and Drug Administration is expected to grant emergency approval for J&J;’s vaccine as soon as this weekend, providing the first one-shot option to protect against the virus.

Despite current constraints, federal health officials say the U.S. is on the cusp of a supply breakthrough, with hundreds of millions of additional vaccine doses slated for delivery between now and the end of June, slightly ahead of previous projections. That would be enough to deliver on the government’s goal to provide enough shots for nearly every American adult.

Even with no manufacturing or supply interruptions, other issues could delay or block the U.S. from vaccinating 70% to …read more

As hospital numbers fall, fatigued staff get relief at last

8 ways to fall back asleep after waking in the night