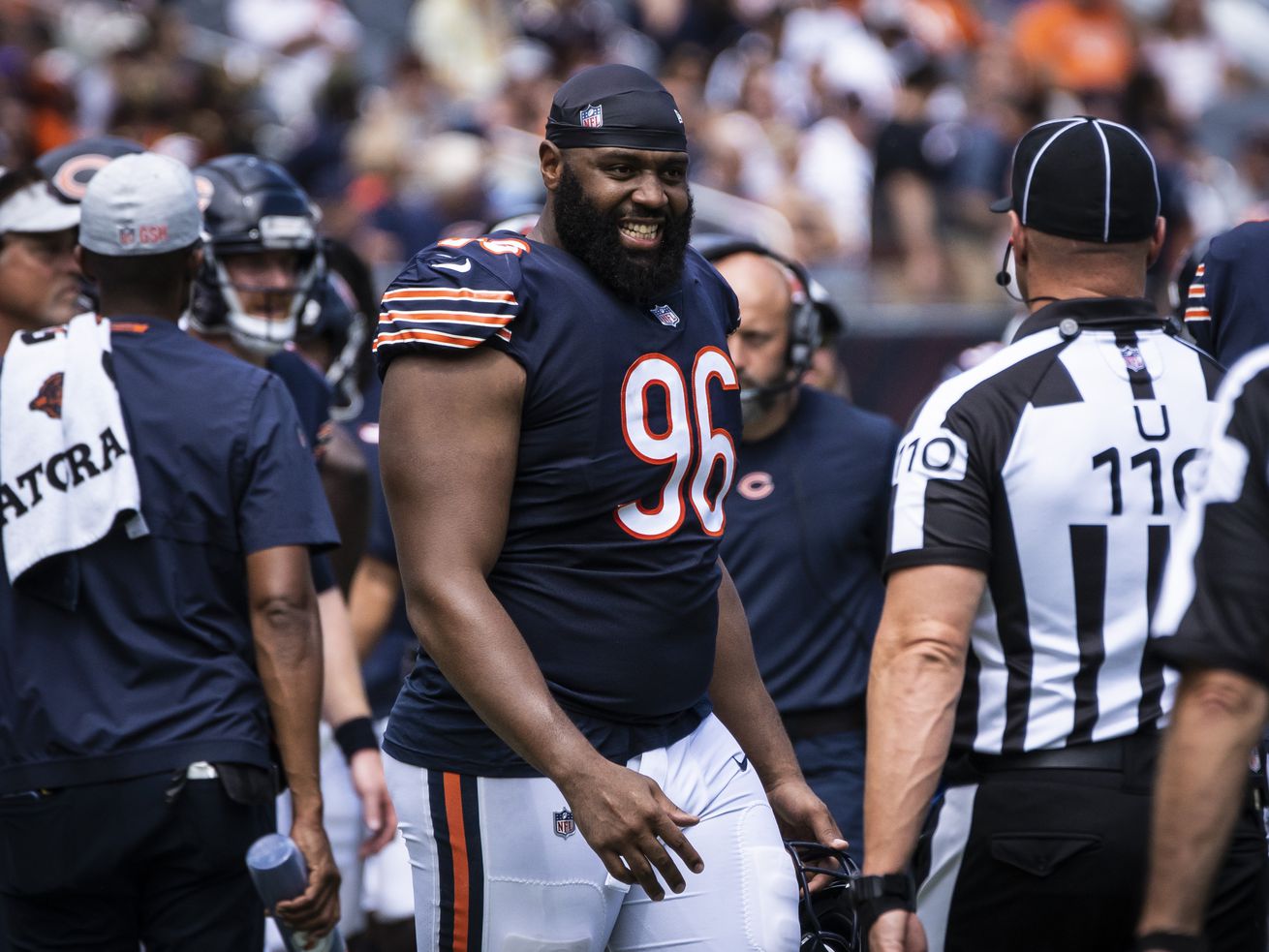 Hicks had half a sack, three tackles and two quarterback hits against the Rams in the season opener. | Ashlee Rezin/Sun-Times

Hicks said he’s determined to keep the contract situation from taking the joy out of the game for him and is optimistic that he and the Bears can work things out.

Akiem Hicks is doing his best to set aside frustration over his contract stalemate with the Bears, and so far, he seems perfectly capable of compartmentalizing.

That situation hasn’t seemed to have any effect on his play, and he was a rare bright spot defensively in the season-opening 34-14 loss to the Rams.

He also isn’t going to let it sour him on a relationship that’s been great for both sides. Hicks vaulted to stardom as one of the NFL’s best and most highly paid defensive tackles when he signed with the Bears five years ago and was optimistic about finishing his career with them.

“I’ll do everything in my power to do so,” he said.

Hicks, who turns 32 in November, is playing out the final season of a four-year, $48 million deal after his push for a contract extension made no headway in the recent offseason. The team cut former all-pro cornerback Kyle Fuller because of salary-cap cramps this year, and the next domino could be letting Hicks walk in free agency as they brace for future financial trouble.

Hicks knows all that. He’s been in the NFL a decade, so this is a familiar scenario. It weighs on him, but he can’t let it dominate his mind.

“I’d be lying to say that it was never a present thought,” Hicks said. “During the course of this offseason, there was a great deal of energy spent pondering how this was all gonna play out.

“Unfortunately, you don’t get to choose [how long you stay]… I have to accept that. It’s a present thought in my mind, but it can’t be my main focus.”

Already, Sean Desai has a fix-it job on his hands