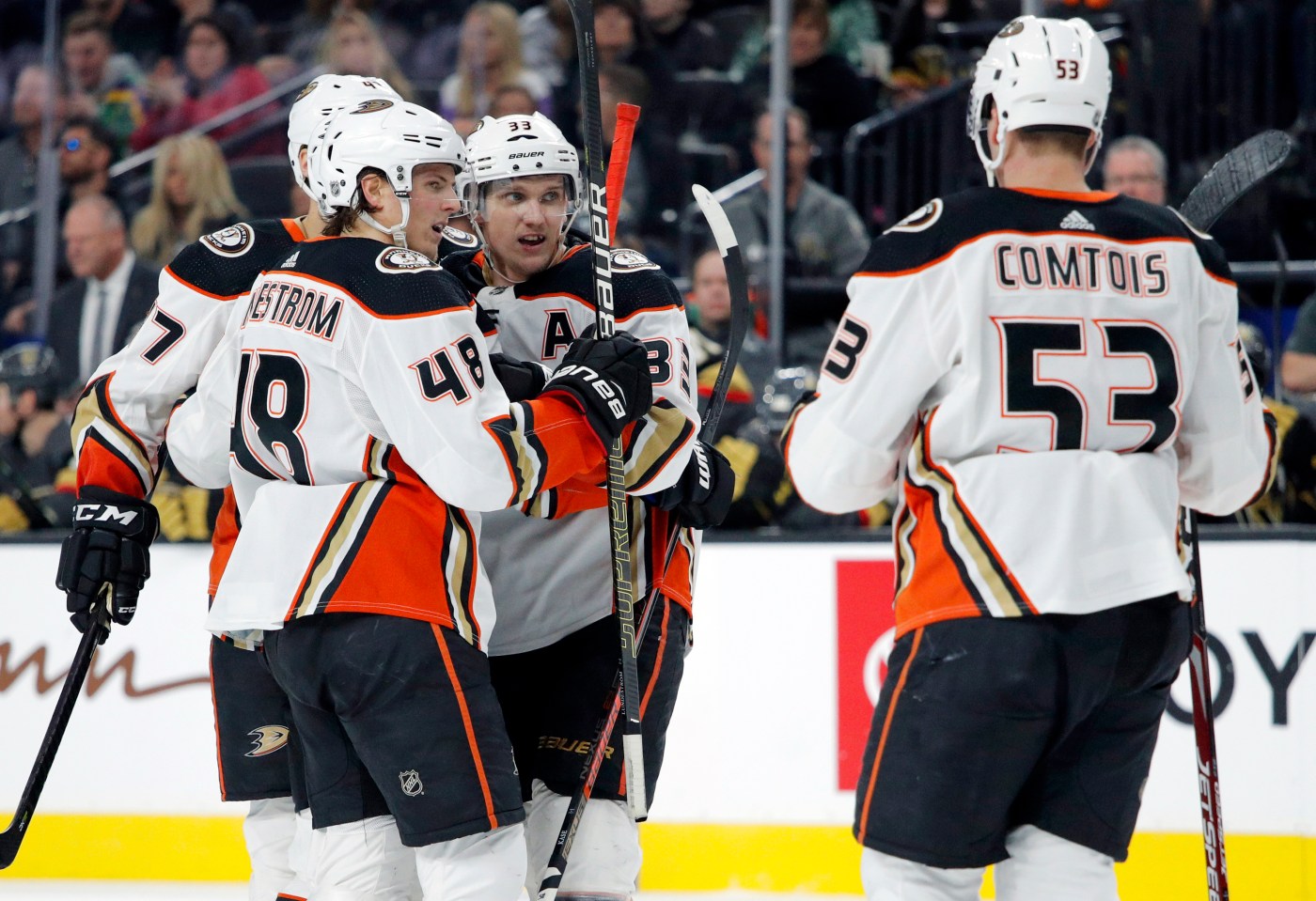 The Ducks are set to begin a unique 56-game schedule in which they will see the same seven opponents over and over for the entire season. Here’s a glance at eight must-watch games:

Season opener against one of the three top teams in the renamed and realigned West Division. It’s the first of a two-game set, which will be the standard format during the abbreviated schedule. So get used to it.

Player to watch: Golden Knights defenseman Shea Theodore continues to be The One Who Got Away in Ducks general manager Bob Murray’s last expansion draft maneuvering.

No fans will be admitted to Honda Center to start the season because of coronavirus health restrictions. Things could change and fans could attend in limited numbers if matters improve.

Player to watch: Let’s make this one the player you want to watch but probably won’t since forward Trevor Zegras was assigned to the San Diego Gulls of the AHL to start the season.

First look of the season at Nate MacKinnon and the youthful and talented Avalanche, one of the trendy picks to make a deep run playoff run this season, perhaps all the way to the Stanley Cup Final.

Player to watch: There’s been plenty of chatter about MacKinnon skating toward a possible run at the Hart Trophy as the NHL’s MVP. Win or lose, he’s always Colorado’s focal point.

The first of eight games between the Southern California rivals in the altered schedule. It’ll be a warmup for a stretch later in the season when the Ducks face the Kings in five consecutive games.

Player to watch: Kings center Anze Kopitar was a joy to watch during the franchise’s three-season run at or near the top of the NHL, and little has changed despite the team’s decline.

The NHL gave the Sharks a road-heavy schedule to start the season after Santa Clara County health officials banned them from holding training camp in San Jose because of coronavirus concerns.

Player to watch: Sharks goaltender Martin Jones fell into the much maligned category of players as San Jose faded from contention last season. Will he still be in net when the teams play?

First two games on a season-high six-game trip, both of which will be on national TV, which is the reason for the early faceoffs (4:30 p.m. and 2:30 p.m.). Will road games be any different without fans or limited attendance?

Player to watch: The trade deadline is April 12, which means the rumor mill is likely to be cranked up to full throttle as the Ducks play these games. Whose names will be mentioned most often in possible deals?

Old habits die hard, as Bulls have a complete meltdown in Oklahoma City