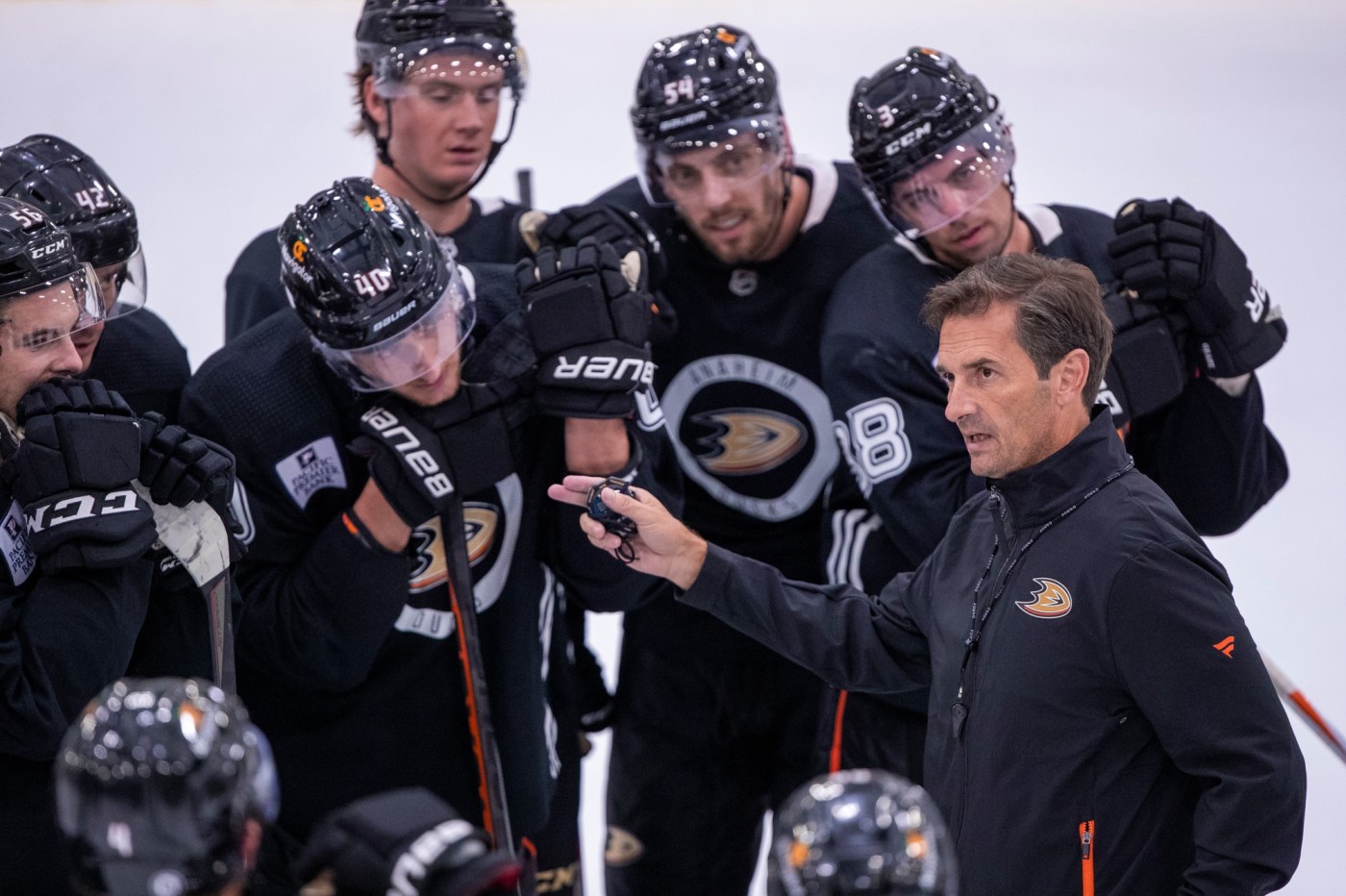 IRVINE — Ducks general manager Pat Verbeek said there is “no rush” to name a new captain to fill the vacancy created by Ryan Getzlaf’s retirement.

“We’re just going to let the room sort itself out – let leaders emerge,” Verbeek said Thursday on the first day of training camp at Great Park Ice. “I think we’ve got a nice combination of older players, veterans and younger guys. Ultimately, I think the room will sort itself out.

Said defenseman Cam Fowler, now the longest-tenured player in the organization: “It’s going to be a collective thing. Anytime you lose someone like (Getzlaf), such a big part of the franchise for so long, it only makes sense.

“It’s not a position that can be filled right away. It’s going to take a little bit of time. It’s up to us – guys that have been around a little bit – to help the new wave.”

Captaining by committee is hardly unprecedented.

Vegas, in fact, played three seasons before naming Mark Stone as its first captain. But it is a different wrinkle in Anaheim – at least on a long-term basis – and a new look, given Getzlaf’s long tenure and influence.

“Ryan was the captain here for a dozen years,” Ducks coach Dallas Eakins said. “He was an excellent captain and he was a massive influence on everything our players did and a lot of things we did as a team. Even though we lost him at the end of the season, we haven’t been around each other since then. For me, we lost Ryan today.

“I have no questions about our leadership in that room. We have guys who have been around who are just unbelievable, excellent human beings that think about their teammates first.”

Eakins later added, “It’s not something I’m losing one minute of sleep over.”

So what is making him lose sleep?

The Ducks are in that hard-to-define phase of evolution as an organization.

“I would say it’s not like a total rebuild,” Verbeek said. “I think we’re a team in transition in the sense that younger players are starting to emerge or starting to take bigger roles on the team.

“Like I said before, being flexible to all situations is probably best at this time.”

Flexibility extending to the salary cap will be vital. Forwards Troy Terry and Trevor Zegras and defenseman Jamie Drysdale, all in the last year of their contracts, could be in line for meaningful raises if all goes well.