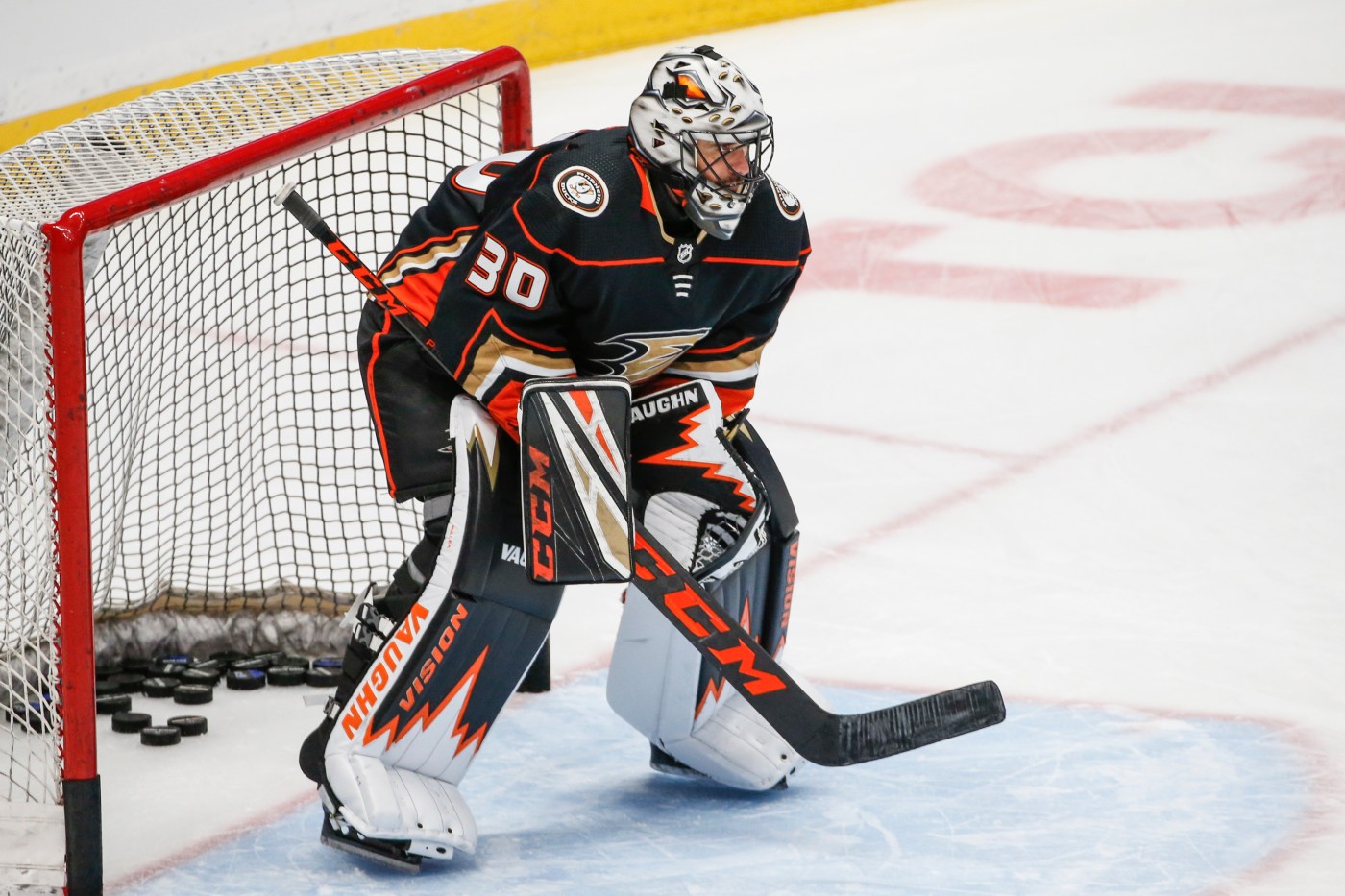 On the day after 19-year-old Trevor Zegras made his NHL debut with the Ducks, 40-year-old goaltender Ryan Miller recalled his first game on Nov. 19, 2002, while with the Buffalo Sabres, against Martin Brodeur and the Devils in East Rutherford, New Jersey.

“I remember the flight from Buffalo to New Jersey was really rocky,” Miller said. “I think we had to do not a complete aborted landing, but we were on the descent and we had to pull off a bit and circle around. I felt like we were in ‘Top Gun.’ We banked really hard, circled around and set it down.”

As for the game, Miller remembered playing well at the start and the Sabres leading by two goals. Or maybe it was three? The Sabres would end up losing 4-3 in overtime, after he made 21 saves as a 21-year-old former Michigan State standout.

“I think it all kind of caught up with me, facing Marty Brodeur and a pretty talented Devils team,” Miller said of a New Jersey squad that went on to defeat the Ducks in a back-and-forth seven-game Stanley Cup Final. “I was pretty excited. It all happened pretty fast. My family couldn’t make it to that one. It was on the road. But I was able to come home and play Columbus and get a win.

“It was a pretty cool first week.”

All these years later, Miller is still trying to stop the next shot, win the next game, and chuckling wryly about the fact that Zegras was only 20 months old when that Sabres-Devils game was played just off Exit 16W of the New Jersey Turnpike.

Miller’s next game will be the 785th of his Hall of Fame-caliber career, and it could happen Wednesday, when the Ducks face the Arizona Coyotes at Gila River Arena in Glendale, Arizona. His next victory will be his 389th, tying him with Dominik Hasek for 14th place on the NHL’s all-time list.

There have been only 13 goalies with 400 wins or more in league history.

“I didn’t really know what they were until people started mentioning them to me,” Miller said of catching Hasek, his predecessors in Buffalo, and then possibly winning his 400th. “I’ve always tried to distinguish myself, separate myself and be my own goaltender as compared to Dominik Hasek.

“He was gone about a year or a year-and-a-half by the time I got to Buffalo. His shadow is still there, so I was just always trying to be the best goaltender I could be. It’s still the same situation, so it’s not gunning for Hasek, by any means. The guy has about 10 more trophies that I don’t have.

“It’s not about that. It’s just how well can Ryan Miller do? Can he help the team he’s playing for? I’m trying to do the best I can. I’ll judge myself. Did I go out and do the best I could? I feel like I’ve represented myself well over my career and I want to continue to keep doing that.

“It’s given me this …read more

Golden Globes 2021: The Complete List of Nominees | Entertainment Weekly
Third US vaccine could raise question: Which shots are best?

2 shot, 1 fatally in Chicago so far this weekend