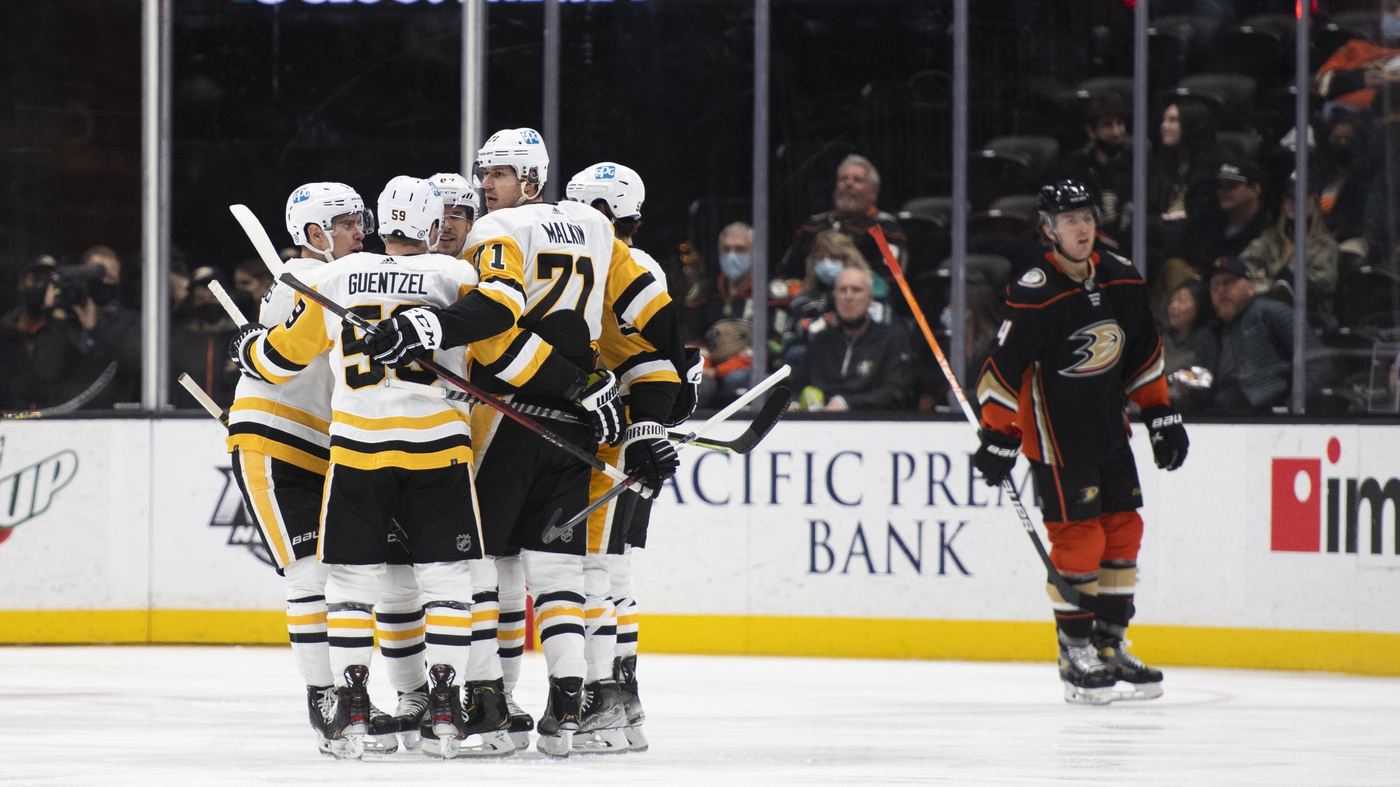 There was absolutely no zip in the Ducks’ game on Tuesday night at Honda Center. They looked exactly like a team playing for the third time in four nights, desperately trying to find their bearings against a well-rested team that sizzled in anticipation of the return to the lineup of one of its superstars.

Evgeni Malkin scored twice in the pivotal second period and the Pittsburgh Penguins seized a 4-1 victory over the Ducks, their 11th win in their last 12 games. The Ducks lost for the second time in three games over four nights, ending their four-game homestand with a 2-2-0 mark.

The Ducks were in trouble from the opening minutes. Chasing the game hasn’t been one of their strengths, although they have shown plenty of resilience during a season in which they have moved unexpectedly toward the top of the Pacific Division standings. Their tank was empty Tuesday.

Pittsburgh took control early and didn’t give the Ducks room to roam, pressuring them with a relentless forecheck and playing keep-away with the puck after forcing turnovers. The Ducks couldn’t generate sustained pressure. Goaltender Tristan Jarry was sharp from the start, too.

A power play early in the third gave the Ducks some much-need momentum, but they couldn’t score and narrow their 3-1 deficit. A second man-advantage also went begging against the Penguins’ top-ranked penalty-killing unit turned away the Ducks’ fourth-ranked power play.

Pittsburgh then shifted into lockdown mode for all intents and purposes.

The Ducks looked a little more like their old selves again Tuesday, with only goaltender John Gibson and center Sam Carrick remaining in the NHL’s COVID-19 protocols. Left wing Derek Grant and defenseman Hampus Lindholm exited the league’s protocols and returned to the lineup.

There were no new positive tests, according to Eakins.

So, the Ducks were almost at full strength.

There is no timetable for any of the three to return to the lineup.

Whicker: Are peaks and valleys an NHL inevitability? Not in Pittsburgh

Ducks not overly concerned about Jakob Silfverberg’s lack of goals

For the Penguins, Malkin made his long-awaited and much-anticipated season debut after undergoing surgery to …read more

3 Clay County COVID-19 testing, vaccine sites that will be open on MLK Day

‘I have been picked on’: Richmond man says teen girls he trafficked ruined his life as he’s sentenced to 10 years