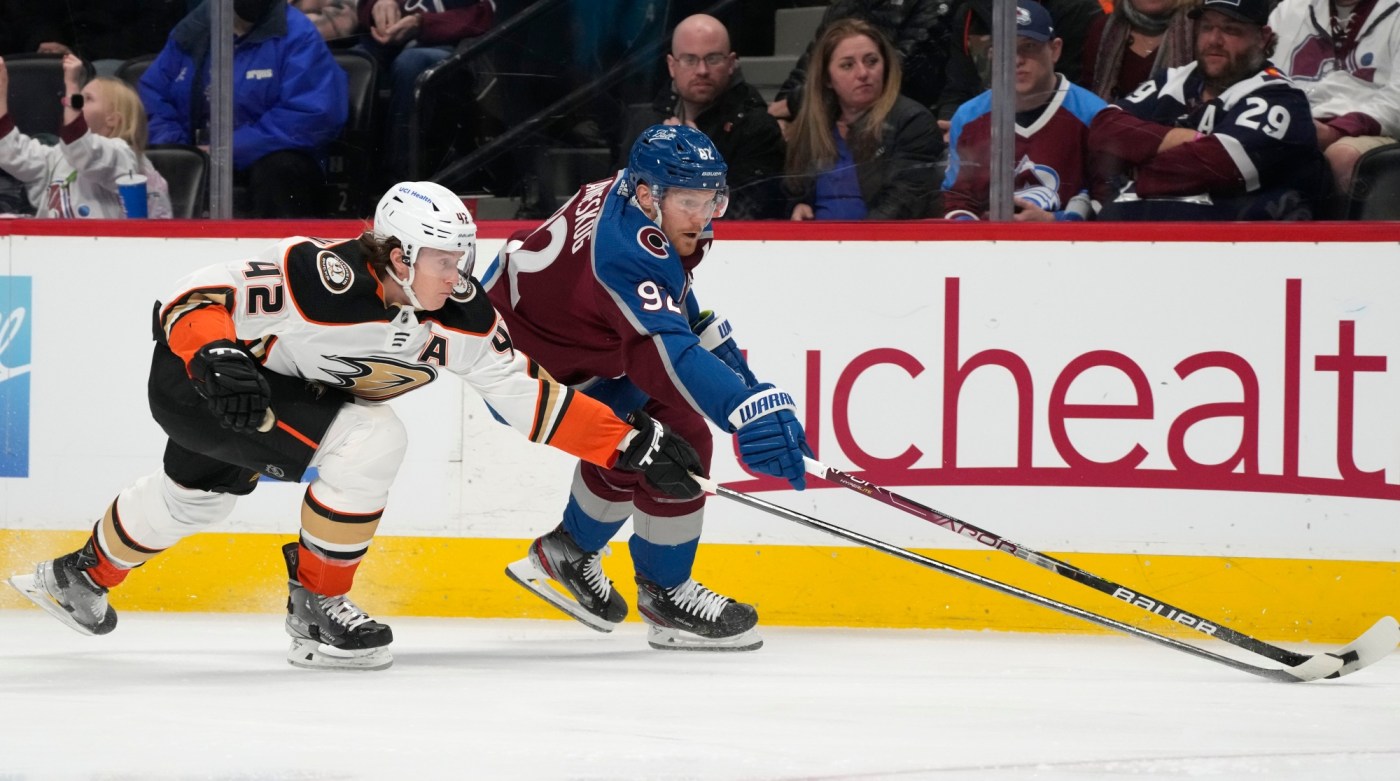 The Ducks looked like they were skating through mud on Wednesday night against the Colorado Avalanche, who had plenty to do with it. After taking an early lead, the Ducks chased the Avalanche here, there and everywhere and suffered a clunker of a 5-2 loss at Ball Arena in Denver.

Because they were slow to get to loose pucks – because they were slow, period – the Ducks began a march to the penalty box that further blunted any momentum they hoped to generate. Their penalty kill got plenty of work and was among the best parts of their game Wednesday.

But all that defending meant they were back on their heels for extended stretches, even while at even strength, and it proved to be their undoing in their third consecutive loss. There has been noticeable slippage to their overall play after an eight-game winning streak earlier this month.

Darcy Kuemper started in goal for Colorado, but departed after not one but two incidents with a skate blade, including one that led to Milano’s goal. Jonas Johansson replaced Kuemper for good after Kuemper took one step onto the ice for the second-period warmup and fell to the ice.

“Jesus Christ Superstar” actor who played Judas suspended while under investigation for Jan. 6