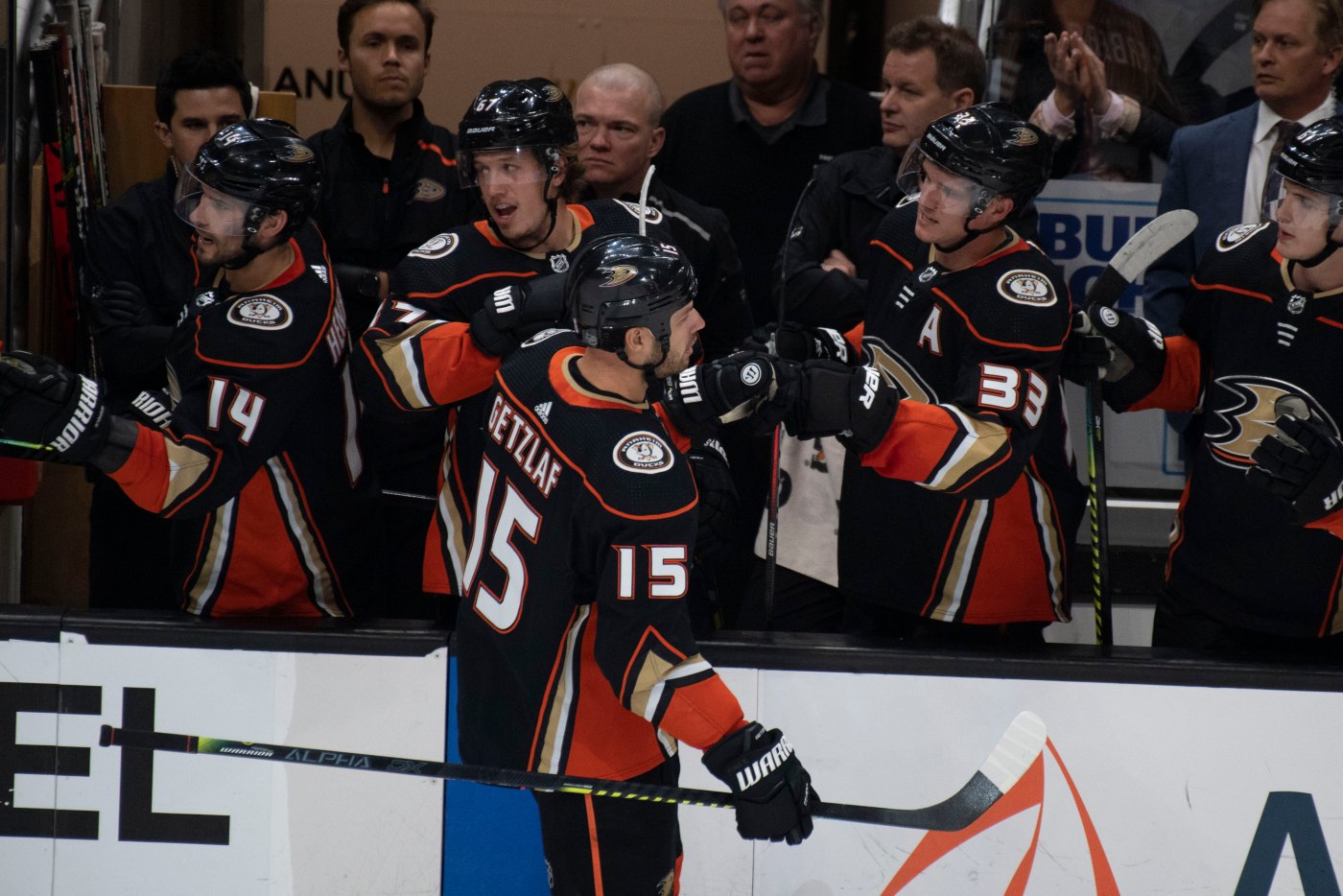 The Ducks return to the ice Thursday after more than 10 months off because of the coronavirus pandemic. There will be a few new faces, but plenty of familiar ones, too, as they kick off 2020-21.

Here’s a closer look at the Ducks’ projected lineup for the early part of the season.

He led the Ducks with 14 fighting majors last season and also recorded a hat trick against Ottawa. He joined with Derek Grant and Carter Rowney to form a productive fourth line last season.

The longest-tenured Ducks player enters his 16th season in the NHL, all with the franchise, and his 11th as their captain. He’s also the last link to their Stanley Cup championship team in 2006-07.

Back for another stint with the Ducks, for whom he scored 14 of his career-high 15 goals and 20 of his career-best points last season before he was traded to the Philadelphia Flyers at the deadline.

Played only nine games with the Ducks after a trade from the Boston Bruins last season. He’s expected to play alongside Getzlaf as coach Dallas Eakins rotates a third player through on their line.

Scored a career-high 26 goals while playing all 71 games of the coronavirus-shortened season. Likely to center the top line this season with Rickard Rakell and Jakob Silfverberg on his wings.

Limited to 15 games in each of his first two NHL seasons, largely because of his youth and inexperience. The Ducks shifted him to the wing during training camp and liked what they saw.

Played only nine games with the Ducks after a trade last season from the Columbus Blue Jackets. The Ducks like his offensive skills, but want him to become a reliable two-way player.

Is a bounce-back season in order? After consecutive seasons with 30 goals or more, he slipped to 18 goals in 2018-19 and then 15 last season. The extended offseason could be good for him.

Dependable fourth-liner who seemed to embrace and enjoy his role while skating with fellow grinders Deslauriers and Grant. In many ways they were the Ducks’ most reliable line last season.

He’s a versatile and conscientious player every team would love to have in the lineup, which explains why Ducks general manager Bob Murray probably wouldn’t trade him for love or money.

The Ducks gave him plenty of ice time and a great many opportunities last season as part of their youth movement. But he’ll have to earn it this season as expectations of him have risen.

One of the few members of the Ducks’ veteran core, forwards and defensemen alike, who had a season worth remembering in 2019-20. He’s likely to be paired with Josh Manson to start the season.

Made his NHL debut last season at the tender age of 27, appearing in five games with the Ducks after spending most of the season with the San Diego Gulls of the AHL. Previously played in Europe.

Made some modest strides last season, his third in the NHL, …read more