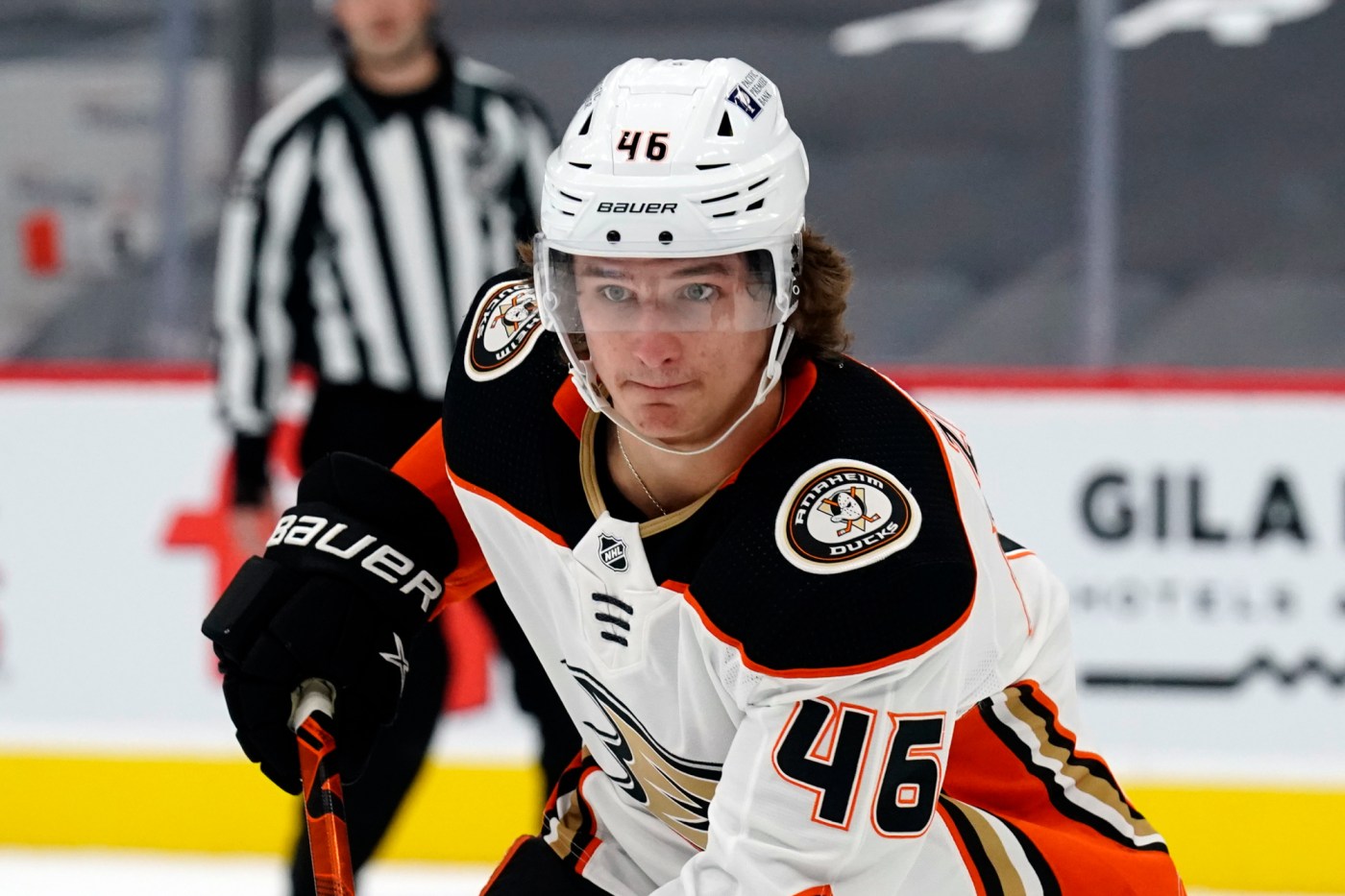 Trevor Zegras recorded an assist in his return to the Ducks’ AHL team, the San Diego Gulls, during a 4-2 loss Wednesday to the Ontario Reign at Great Park Ice in Irvine.

The reviews were mixed of his first game in a shift back to his natural position as a center. He played left wing with the Ducks.

“I thought he was just OK,” Gulls coach Kevin Dineen said in a postgame Zoom call. “There are a lot of details to the game no matter what position you’re playing and that’s a learning process. You can do a lot of film, you can do a lot of work, but it’s going out there and putting it into action. He’s been there before. He’s been at wing for the most part all year long. It was a little bit of a feeling-out process, but he certainly got more comfortable as the game went on.”

“He’s here to learn the center position,” De Leo said of Zegras, 20, the ninth overall pick in the 2019 draft. “We had a lot of time in the ‘D-zone,’ but I thought we did a pretty good job keeping (the Reign) to the outside for the most part when we were out there. Just talking to him as much as possible, open communication, and making sure we’re filling for each other in the ‘D-zone’ as much as possible. I thought he did a good job and I know he’s just going to keep getting better.”

Dear Abby: Wife raises a stink when tattooed man gets even more ink

Brayden Tracey, the second of the Ducks’ first-round picks in 2019 (29th overall), has sizzled since he was sent from the Gulls to the Victoria (British Columbia) Royals of the junior-level Western Hockey League last month. He has a team-leading four goals and co-leads with nine points in six games.

Tracey, a 19-year-old left wing, was scoreless in 12 games with the Gulls.

The Ducks made it official, assigning defenseman Axel Andersson to the Gulls. Andersson, 21, played 51 games earlier this season with Sweden’s Sodertalje SK, scoring 11 points, including nine assists. The Ducks acquired him and David Backes in exchange for Ondrej Kase on Feb. 21, 2020.

Rickard Rakell skated with his Ducks teammates for the first time since suffering an apparent head injury when he fell to the ice in a victory March 28 over the Blues in St. Louis. Coach Dallas Eakins said the Ducks would “wait and see” if he could play Friday against the Colorado Avalanche.