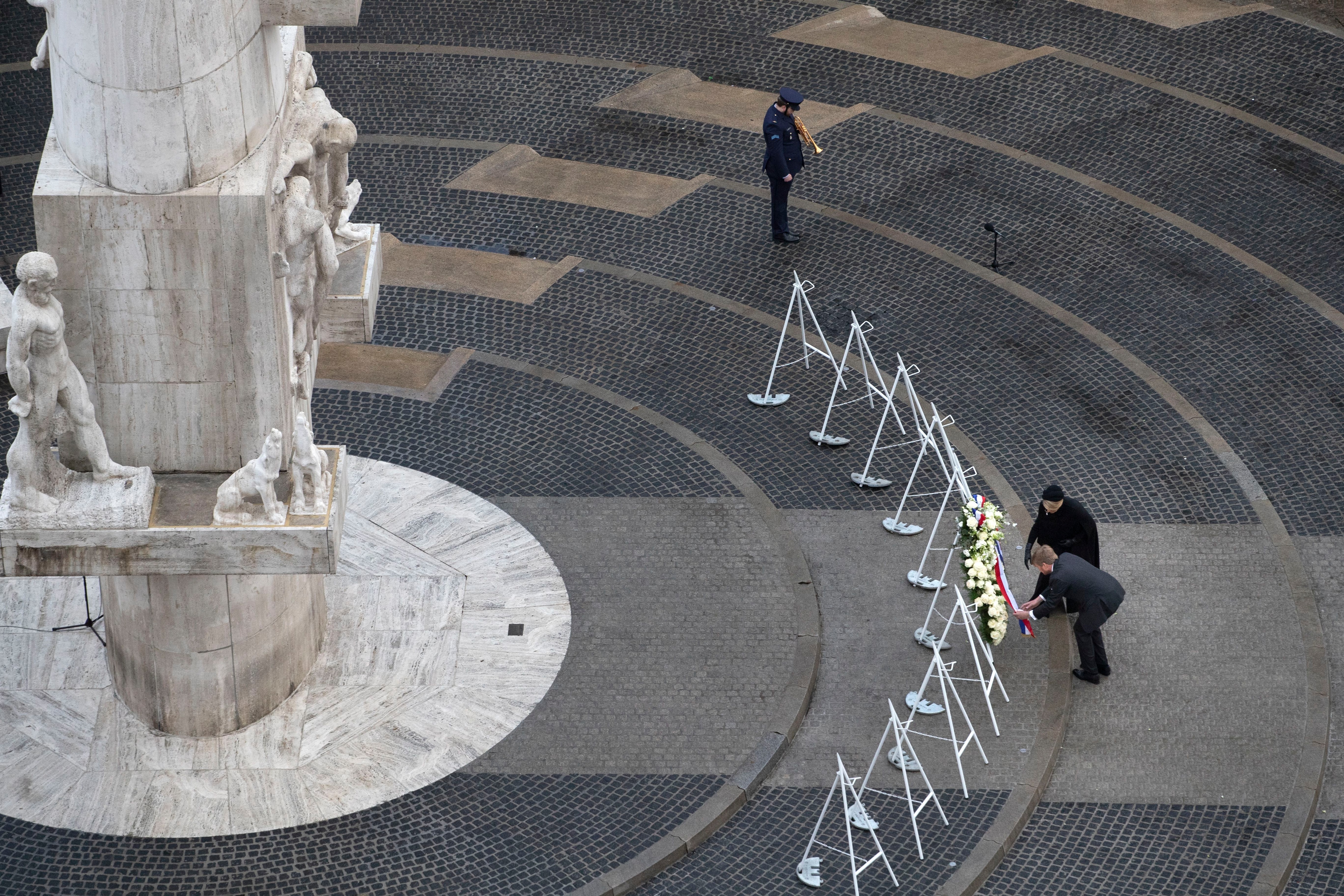 The Dutch king laid a wreath Tuesday at a monument to the country’s war dead at a solemn commemoration ceremony devoid of the usual huge crowds for the second straight year because of coronavirus lockdown measures.

King Willem-Alexander marked the Netherlands’ Remembrance Day with his wife, Queen Maxima, and other dignitaries and a small group of guests at the national monument on Dam Square in downtown Amsterdam.

The national day of commemoration, at which flags fly at half staff throughout the country, is followed Wednesday by a national holiday to celebrate the country’s liberation from Nazi German occupation at the end of World War II.

German Chancellor Angela Merkel will give a speech Wednesday via a live video connection from Berlin before discussing the theme of freedom with students.