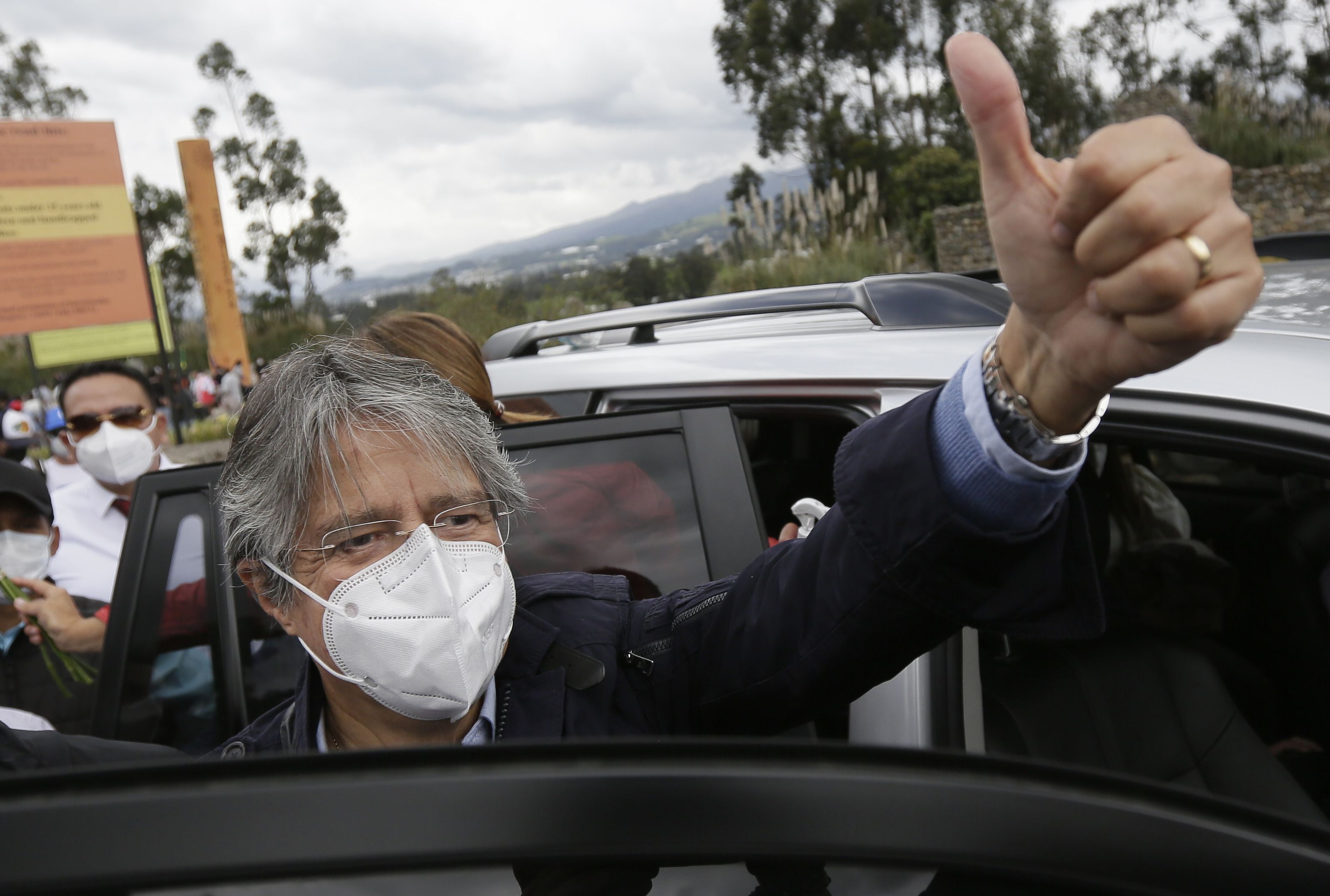 A surging coronavirus pandemic that has brought on new lockdown measures and exacerbated fatigue in Ecuador and Peru has left many voters generally indifferent to the names they will see on the ballots Sunday, when the neighboring South American nations are set to choose new presidents.

No candidate in each nation has garnered enough support to be a clear favorite, and after a year of collective suffering and corruption scandals, voters seem to be hoping for a winner who can pull them out of the pandemic’s economic mess with the least stumbles possible.

Ecuadoreans face a runoff between conservative businessman Guillermo Lasso and Andrés Arauz, a disciple of former leftist President Rafael Correa. The winner will succeed President Lenin Moreno — a former Correa ally who turned against him while in office and who is not seeking reelection.

Peruvians, meanwhile, face a tangled field of 18 candidates following years of political turmoil that have seen a series of presidents and even the whole congress itself ousted over corruption scandals. A runoff in June is virtually assured. All seats in congress, too, are being contested.

The country, too, is among those hardest hit by COVID-19, with more than 1.5 million confirmed cases and over 53,400 deaths.

“There is no work, there are no opportunities in the countryside, so we migrate to the city and many people are already in the city,” said Hernaldo Carbajal, who came from Peru’s hinterlands to seek work in Lima, the country’s capital. “In my opinion, may the best man for peasants and provincials win.”

Amid the pandemic, Peru faced political chaos in November, when it cycled through three presidents in a week after one was impeached by Congress over corruption allegations and protests forced his successor to resign.

Ecuador meanwhile saw an Indigenous uprising in October 2019 that paralyzed the country for several days and forced the government to back down on a move to end fuel subsidies.

The pandemic paralyzed 70% of businesses in Ecuador last year and brought the country’s unemployment rate to almost 68%. The country already had been in an economic slowdown that began in 2015, largely driven by the drop in oil prices. Similarly, in Peru, the world’s second largest copper producer, the economy spiraled downward when a lockdown of more than 100 days early in the pandemic left about 7 million people unemployed.

Arauz advanced to Ecuador’s runoff with more than 30% of votes in the Feb. 7 election. Officials several days later declared Lasso the second-place finisher after all votes were tallied and about half of a percentage point separated him from environmentalist and Indigenous candidate Yaku Pérez.

Arauz is backed by Correa, a former ally of Cuba’s Fidel Castro and Venezuela’s Hugo Chavez and who remains heavily influential despite a corruption conviction that sent him fleeing to Belgium, beyond the reach of Ecuadoran prosecutors. Arauz, 37, has proposed making the wealthy pay more taxes, backing away from agreements with the International Monetary Fund, and finding legal mechanisms to force the repatriation of deposits that Ecuadorians …read more

The IRS has no plans to bring back a tool that helped low-income Americans get their stimulus checks. Here’s what to do instead