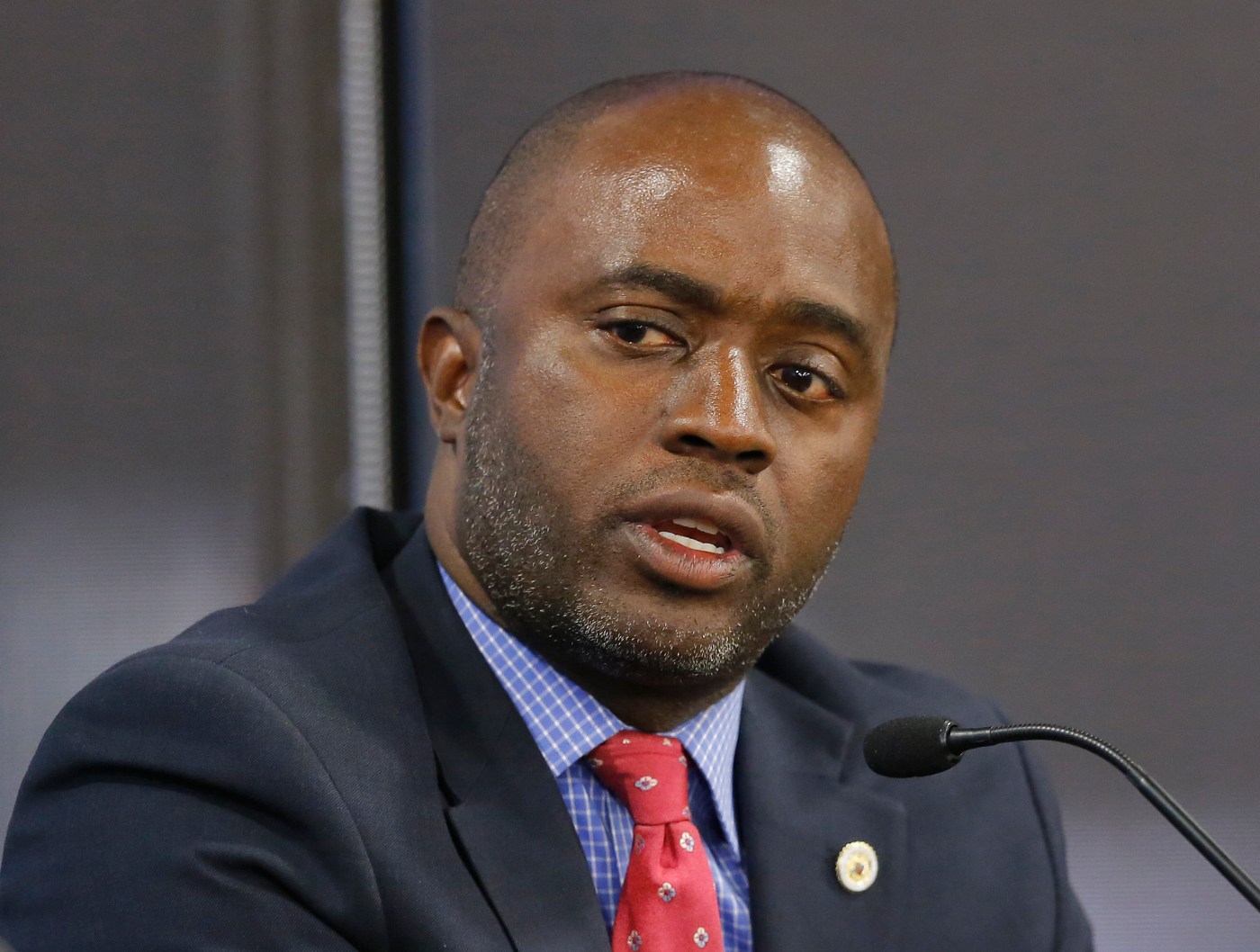 In the 2018-19 school year, when voters elected Tony Thurmond as state superintendent of public instruction, California’s K-12 schools were in the fifth year of very slow but steady improvement in students’ performance.

Even still, only half were at grade level in English skills, and only 40% were meeting the standards for math. And the state was making no progress in closing its huge racial and economic achievement gaps.

Then the pandemic hit. To protect their health and that of their teachers and parents, students found themselves isolated at home taking classes over Zoom. It was a tough time for all of us, especially the kids. And their performance suffered. Test scores fell, and the racial achievement gap widened.

Now we must rebuild. The question for voters in the Nov. 8 election for schools superintendent is whether to stick with Thurmond, who has spent most of his first term in office contending with the pandemic, or shift leadership radically to the political right.

While we have our differences with Thurmond, especially over his lockstep alignment with the state’s most powerful teachers union, and did not support him in 2018, his opponent this year, Lance Christensen, would be a disruptive force at a time when school administrators, teachers and students desperately need stability.

Consequently, voters should reelect Thurmond. Realistically, he’s not likely to greatly affect needed improvements in the performance of the state’s students. The job doesn’t afford him the authority to have significant impact. But he also won’t use the post’s bully pulpit to turn our public schools into hotbeds of culture wars.

And that’s more than can be said for Christensen, who, as his interview with us showed, falsely claims masking in schools doesn’t slow the spread of COVID, gloms onto conservative propaganda about critical race theory, has his eye on culling school libraries of books he finds objectionable, and calls for abolishment of teacher unions.

Consider Thurmond the do-no-harm recommendation. Our kids have suffered enough. They shouldn’t be used as political pawns.

In the June primary, Thurmond, a former city councilman, local school board trustee and state assemblyman from Richmond, garnered 46% of the vote, not quite the majority needed to avoid a runoff.

Christensen, who worked for Republican state legislators before becoming vice president of education policy at the conservative California Policy Center, finished second with just 12% of the vote, eking past two of the other candidates to make the runoff.

While Thurmond is the best pick, he needs to improve his game, to demonstrate that he isn’t just using the office as a political stepping stone. And he needs to fix the Department of Education’s toxic and politicized work environment that, as Politico reported, has led senior staff to flee.

Golden Globes 2021: The Complete List of Nominees | Entertainment Weekly
An uninvited family member showed up at a Richmond funeral; a fight and vehicle rampage broke out

How to Watch Anna Kalinskaya vs. Kaia Kanepi at the 2022 Citi Open: Live Stream, TV Channel

There’s still a way to free Brittney Griner, but the United States needs to act fast