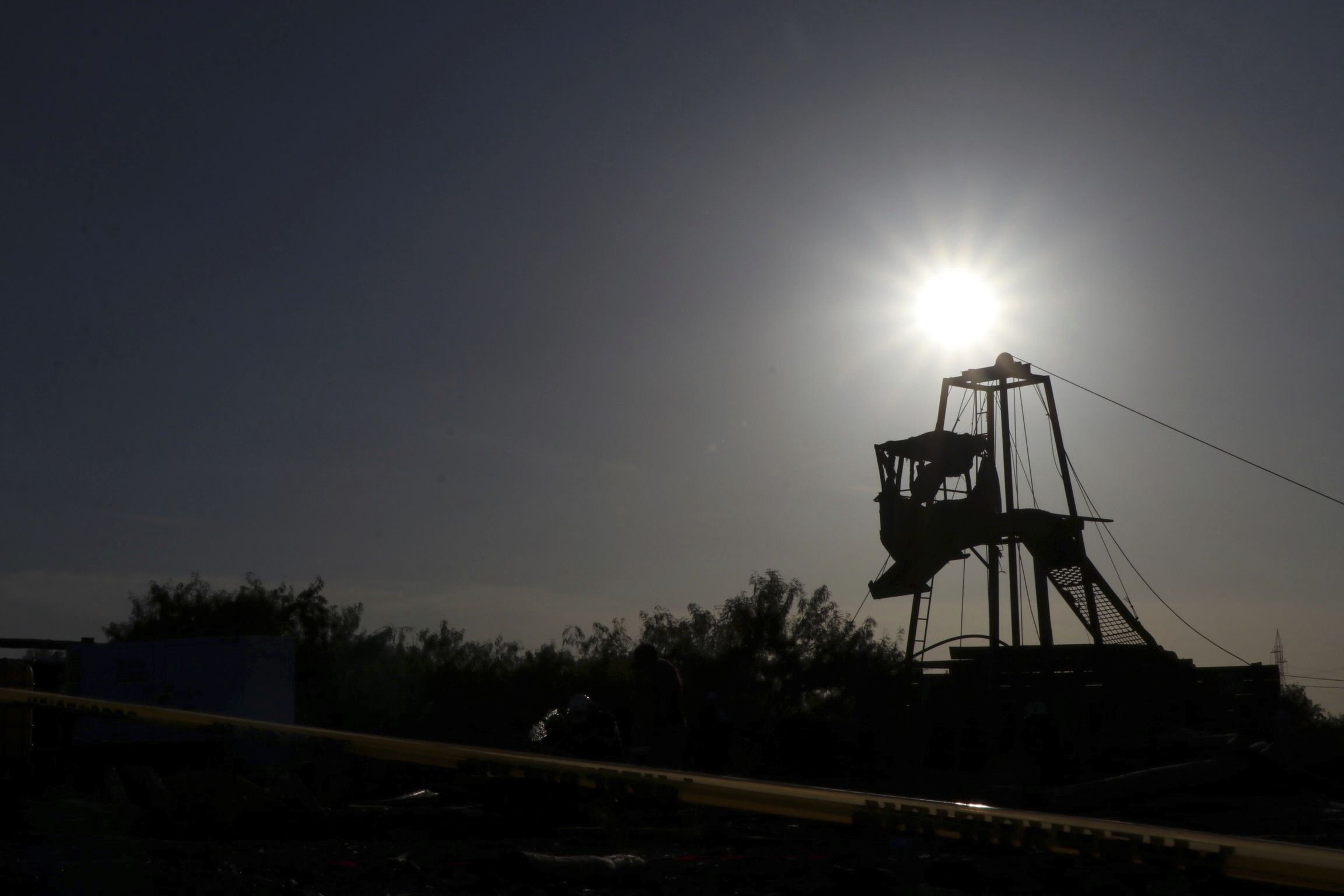 Round-the-clock pumping slightly lowered the level of water inside the flooded shafts of a coal mine where 10 miners were trapped in northern Mexico, but two days after a collapse it remained too high for anyone to attempt a rescue, authorities said Friday.

National Civil Defense Coordinator Laura Velázquez said it was “indispensable” to reduce the amount of water in the 200-foot deep mine shafts before divers or any other specialized personnel could enter. Workers were simultaneously trying to block new water from entering the shafts.

The mine in Sabinas, Coahuila, about 70 miles southwest of Eagle Pass, Texas collapsed while 15 miners were inside working Wednesday afternoon. Five managed to escape with injuries. Authorities say the miners breached a neighboring space filled with water. There has been no contact with the miners since the collapse.

Javier Martínez, the Coahuila state delegate of the National Mine Workers Union, said the area where the mine was operating is full of old abandoned mines that are often flooded. He said locals sometimes get small concessions and then contract groups of non-unionized miners to work, usually without safety measures like ventilation systems, emergency exit shafts and security equipment.

Such operations are not supervised by the Labor Secretary, he said.

Accidents in such shoestring operations are common because miners work without maps, often with pneumatic hammers that punch into old mine shafts filled with water, he said.

In this case, the miners’ chances of survival are “complicated,” and would depend on the force of entering water, the amount of mud it carried, whether it swept away the wooden supports holding up the shaft’s walls and if the miners could reach a nook with air.

In June and July of 2021, cave-ins at two Coahuila mines claimed the lives of nine miners.

Mexico’s worst mining accident also occurred in Coahuila on Feb. 19, 2006, when an explosion ripped through the Pasta de Conchos mine while 73 miners were inside. Eight were rescued with injuries including serious burns. The rest died and only two of their bodies were recovered.

López Obrador’s administration promised two years ago to recover the remaining 63 bodies, a highly technical endeavor that has still not begun.

Mexican Pizza is returning to Taco Bell in September