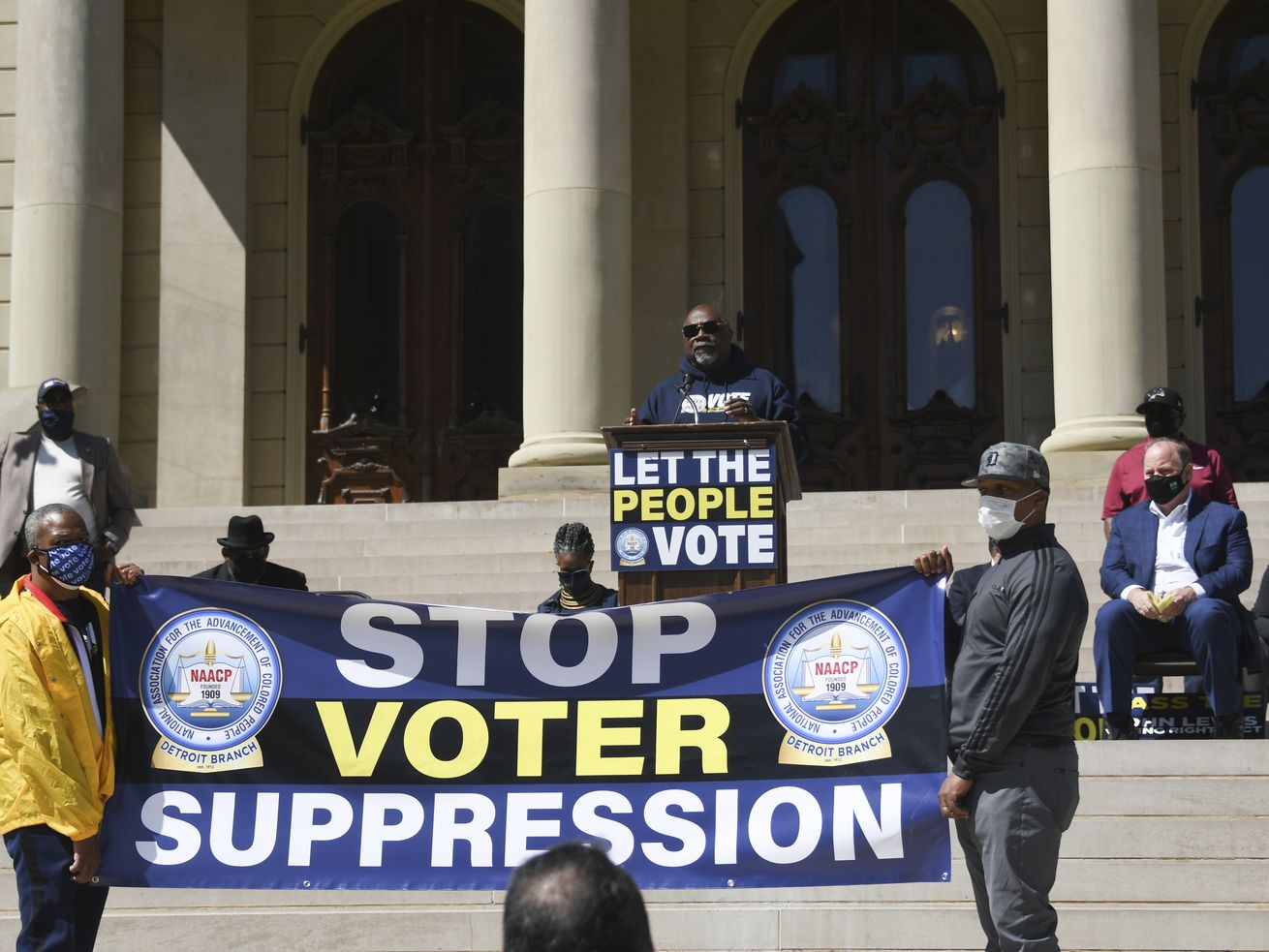 Demonstrators rally in support of voting rights and against alleged voter suppression laws on April 13 in Lansing, Mich. | AP Photos

Donald Trump incited a riot in order to overturn an election he lost. He’s responsible for hundreds of thousands of COVID-19 deaths, as well.

Trump was never popular. He never came close to winning the popular vote in 2016 or 2020. But if voter suppression laws recently passed by Republican state legislatures stand, he could become even more unpopular and still capture the presidency again.

The Republicans’ motivations are clear. They believe that if you won’t vote for them, you shouldn’t vote at all. They are threatened by the multi-racial majority in this country. When they suppress the votes of my Black and Brown sisters and brothers, they harm us all. We can’t let that happen.

Saving our democracy is much easier than people think. But our senators must hear from us.

Step 1: Get rid of the filibuster

Step 2: Pass the voting rights legislation known as the For the People Act.

All it will take is 50 votes in the Senate to get it done. Call Sen. Dick Durbin and Sen. Tammy Duckworth. Demand that they stand up for people of color and our democracy.

FOID no threat to gun ownership

Firearm Owner’s Identification cards — popularly called FOID cards — do not prevent any law-abiding citizen from owning a firearm. The ID acts only as a barrier to people who should not own a firearm from owning one. And the card’s $10 fee impedes firearm ownership no more than the price of a gun charged by a firearms dealer.

Yet the Illinois Supreme Court is now being asked to decide whether FOID cards are a violation of the U.S. Constitution.

The Second Amendment was penned in the 18th century. No one can seriously argue that the Founding Fathers were so wise they could predict the advances that would be made in the science of firearms more than 200 years into the future. The Second Amendment needs an update, not revocation.

Colorado woman killed in a bear attack while walking her dogs