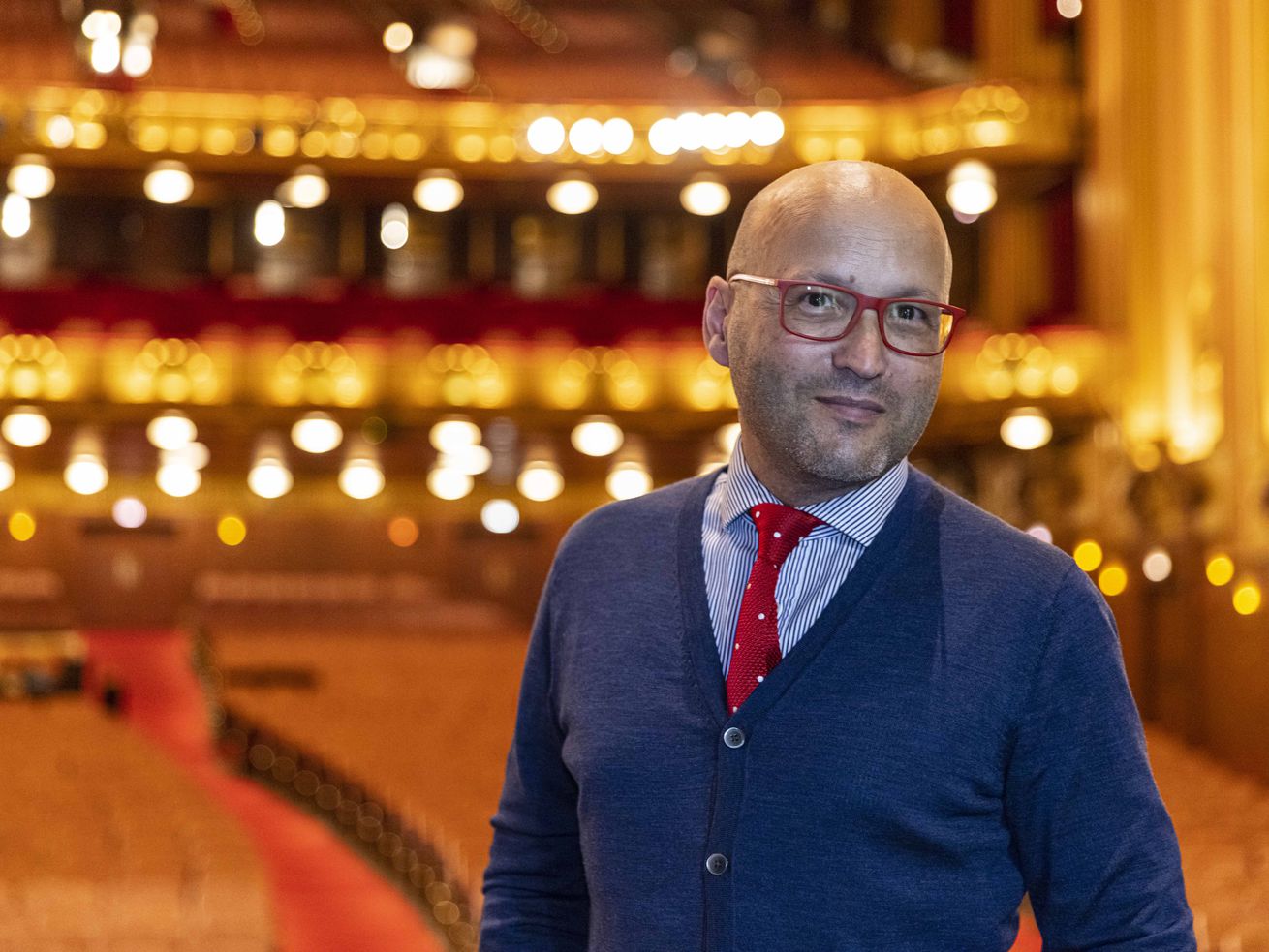 Mazzola intends to put an emphasis on contemporary opera, including company commissions and a continuation of Lyric’s plan, announced several years ago, to present a recent English-language work each season.

When Enrique Mazzola steps into the pit on Sept. 17 to lead Giuseppe Verdi’s “Macbeth,” it will be his first production as Lyric Opera of Chicago’s new music director — a position he views as a dream job.

When he left Chicago after guest conducting his final performance of Bellini’s “I Puritani” in February 2018, he allowed himself to imagine how “beautiful” it would be to serve as Lyric’s music director.

The Spanish-born Italian maestro felt a strong rapport with the company’s orchestra and chorus, and equally important, he really liked Chicago. “I’m very European,” he said, “and I’ve seen other [American] cities which do not have a concept of city as we Europeans have. Here in Chicago, it’s more European style, and you can really walk from Lincoln Park to the South Loop.”

Those were just musings, though, because Andrew Davis had been the company’s highly effective music director for nearly 20 years and seemingly had no plans to leave. But a year or so later, everything changed. Davis decided to retire, and the company approached Mazzola about taking over as his replacement. He couldn’t believe his ears when the proposal came.

“I was stunned,” Mazzola said. “I could not say yes in a proper way, because it was such an emotional moment.”

When Mazzola’s five-year appointment was announced in September 2019, Anthony Freud, Lyric’s general director, president and CEO, said the company compiled a list of more than 20 qualities it sought in candidates for the position, ranging from being a world-class vocal coach to possessing a serious commitment to education and community engagement.

Tick bites and anaplasmosis, an infection they can cause: what to watch for

“Enrique checked all the boxes, I have to say,” Freud said at the time. “He has worked here now on a couple of occasions, and those were extraordinarily happy experiences for everybody . . . It quickly became apparent that Enrique was the ideal successor to Sir Andrew.”

Mazzola, 53, has led numerous opera performances on many of the world’s major stages like the Salzburg Festival, Metropolitan Opera and Glyndebourne Festival Opera, and served seven years as artistic and music director of the Orchestre National d’Île de France in Paris.

He believes that two of the most important ingredients for being a good opera conductor are understanding the workings of an opera company from top to bottom and getting the necessary experience in the pit. Both points might sound obvious, he said, but some young conductors try to find short cuts, which don’t always work out.

Anthony Vazquez/Sun-Times
Enrique Mazzola will lead three operas a season as Lyric Opera of Chicago’s new music director, and he plans to make a point of always …read more

Dear Abby: If she never initiates sex, does that mean my wife is cheating?