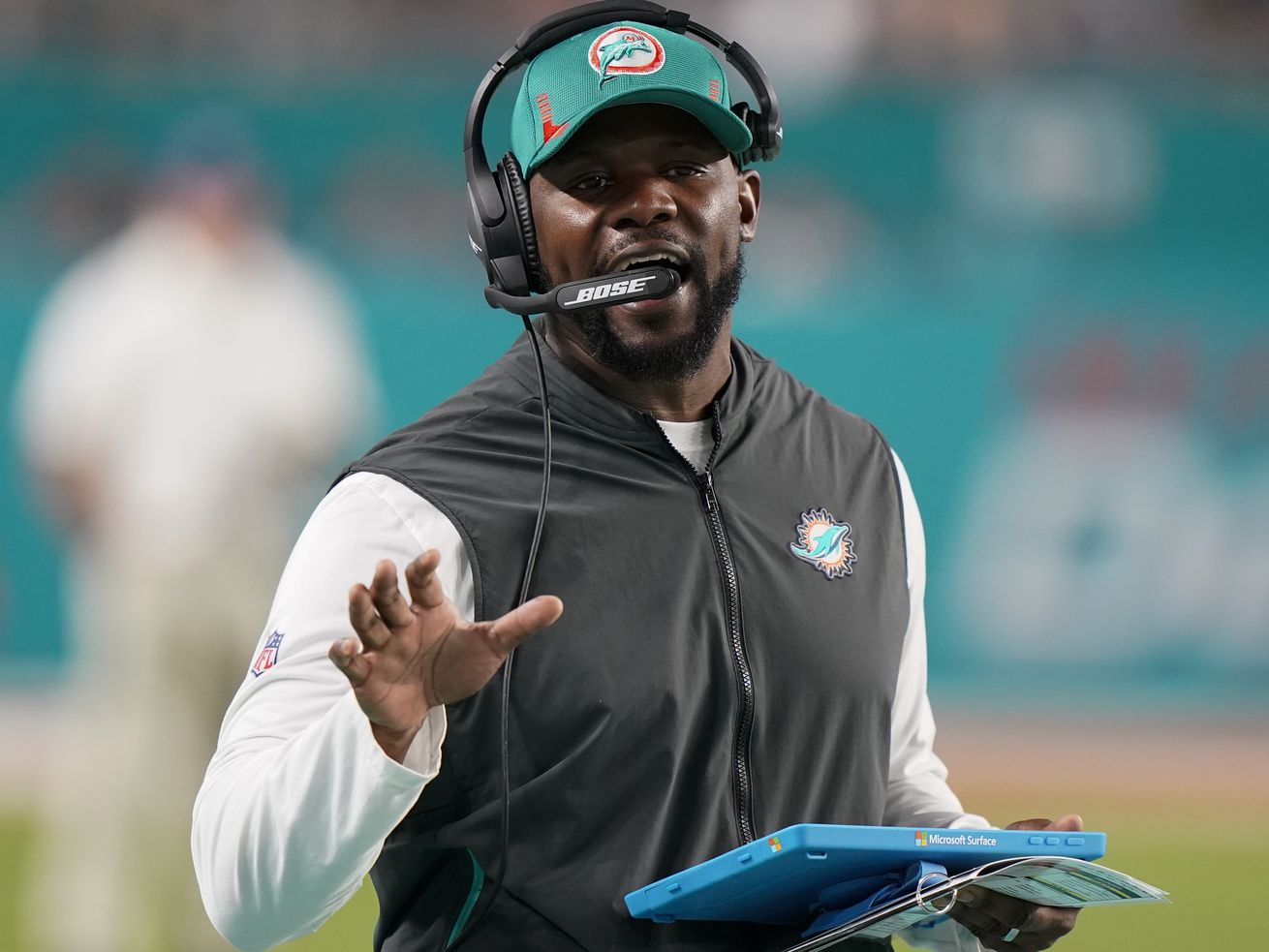 The stripped-down Dolphins were the NFL’s worst defense in Flores’ first season. He got them to No. 6 the next season and 16th this season. | AP Photos

Flores’ firing was the stunner of Black Monday. But there’s a reason why such a promising coach is available.

Brian Flores was one of the hottest up-and-coming candidates in the NFL three years ago. And he still is.

Even after being surprisingly fired by the Dolphins on Monday, Flores’ stock is high. He’s only 40, he spent more than a decade learning under Bill Belichick and he made quick renovations after taking on a major fixer-upper in the Dolphins. Guys like this aren’t usually available, and Flores is one of the most coveted candidates available as a quarter of the league looks for new head coaches.

And the Bears had him in the building Friday.

Flores’ first interview was at Halas Hall, though the Texans and probably a couple other teams will join the pursuit.

That competition could strain the Bears’ desire to hire their general manager first and bring him into the process for choosing a coach. Flores is available immediately, as opposed to current coordinators coaching in the playoffs, so any team ready to make a decision would force the Bears to declare themselves in or out quickly.

That would be especially complicated in Flores’ case.

He is widely considered to have overachieved considering that the Dolphins opened his tenure by stripping their roster as much as possible to bring in future assets, so why would they send him out the door?

Did the Bengals and city of Cincinnati just end a 31-year curse?

When pressed on how Flores managed relationships within the building, from Ross and Grier at the top to young quarterback Tua Tagovailoa, Ross responded tellingly by first declining to comment on it but then adding, “different people rub people different ways.”

The South Florida Sun Sentinel reported there was an explosive confrontation between Flores and Tagovailoa at halftime in Week 17.

None of that should preclude any team from hiring Flores, but it seems imprudent to do so without a general manager already in place to have some input on how the two would work together. It’s fine for a coach to have a somewhat edgy personality, and the Bears might have a taste for that demeanor after failing with Matt Nagy’s “Friday Night Lights” style. The Bears just need to make sure it’s not so far in that direction that it leads to dysfunction.