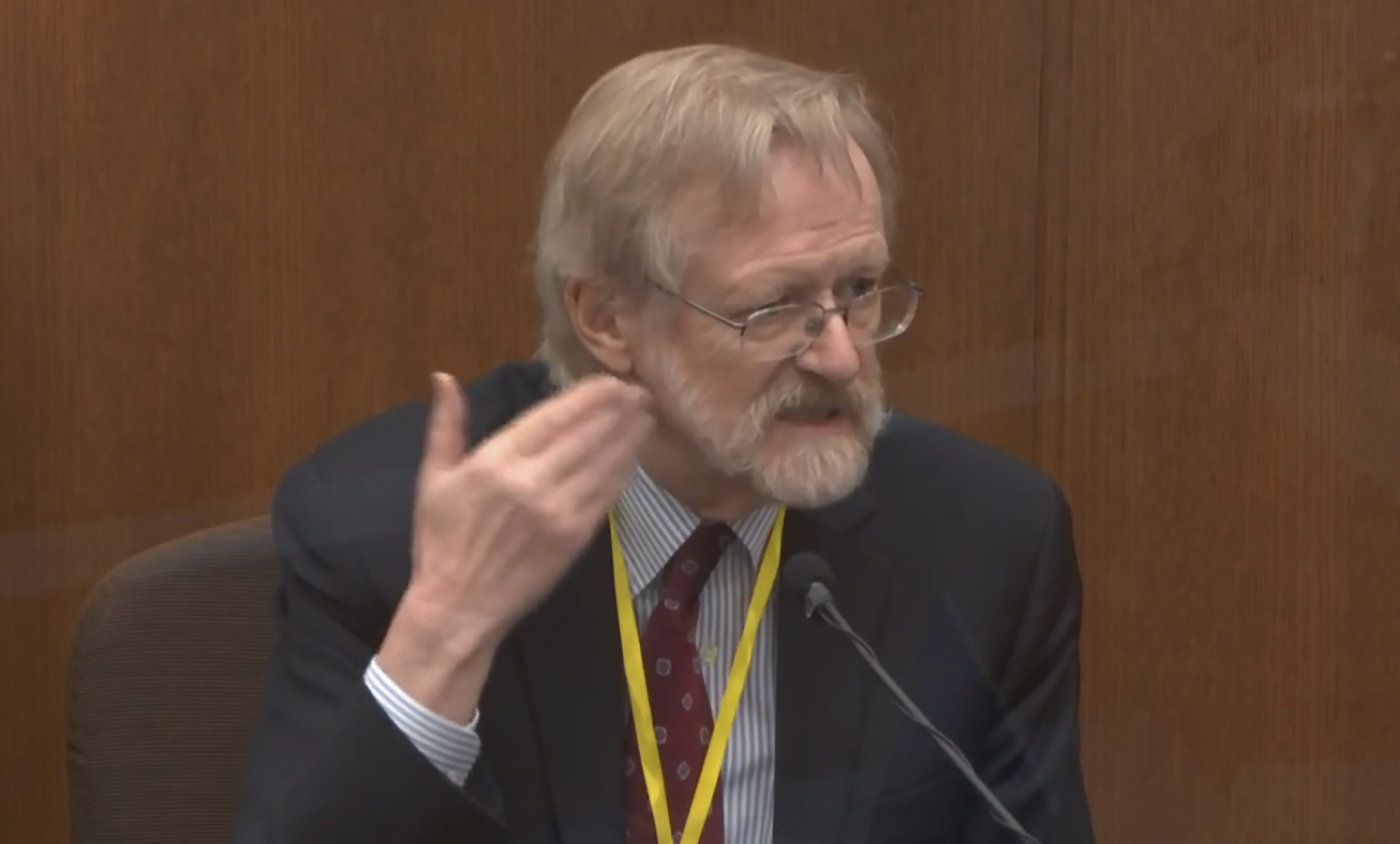 A key witness at the trial of an ex-Minneapolis police officer in George Floyd’s death used videos, animations and other imagery Thursday to argue that Floyd died of a lack of oxygen that damaged his brain and stopped his heart — and in effort to debunk key defense arguments.

Dr. Martin Tobin, a lung and critical care specialist at the Edward Hines Jr. VA Hospital and Loyola University’s medical school in Illinois, testified as a prosecution expert at Derek Chauvin’s trial. He said he had watched a large number of bystander and police body camera videos — some clips hundreds of times — to help develop the materials he presented to jurors.

Tobin walked jurors through a computer animation showing how Chauvin and two other officers held Floyd down on the pavement. The creators of the video removed the image of a squad car partway through the scene so jurors could get a 360-degree view of where the officers were and what they were doing during the fatal encounter. He used other animations to show how the lungs work and what happens when the windpipe is restricted.

He used a composite of pictures from a widely seen bystander video showing Chauvin pressing his knee to Floyd’s neck. Floyd’s respiratory distress was growing at that point as officers held him down on his stomach, with his hands handcuffed behind his back, he said. The images showed how Floyd was eventually reduced to trying to use his shoulder muscles to draw breath, the doctor said.

“It’s a very poor way of breathing, but it’s what you have to do when everything else is failing,” Tobin said.

Tobin also focused heavily on Floyd’s facial expressions. He told the jury that he works in an intensive care unit where 40% of the patients die, so watching for changes in facial expressions is crucially important in his job. He pointed out how the bystander video showed a slight movement on Floyd’s face before he went still, about five minutes after being pinned down.

“At the beginning, you can see he’s conscious, you can see slight flickering, and then it disappears,” Tobin said. He explained: “That’s the moment the life goes out of his body.”

The doctor also showed how Floyd’s leg kicked out around the same time. He said he recognized that as a form of seizure indicating that Floyd had just suffered brain damage due to a lack of oxygen.

To refute defense claims that illegal drugs and heart disease caused Floyd’s death, prosecutors played close-up body camera clips as Tobin showed how he counted out Floyd’s breaths to determine that his respiration rate was normal before he lost consciousness. He told the jury that Floyd would have been been breathing much slower if he was suffering from a fentanyl overdose. Based in part on that evidence, he concluded that fentanyl didn’t kill Floyd.