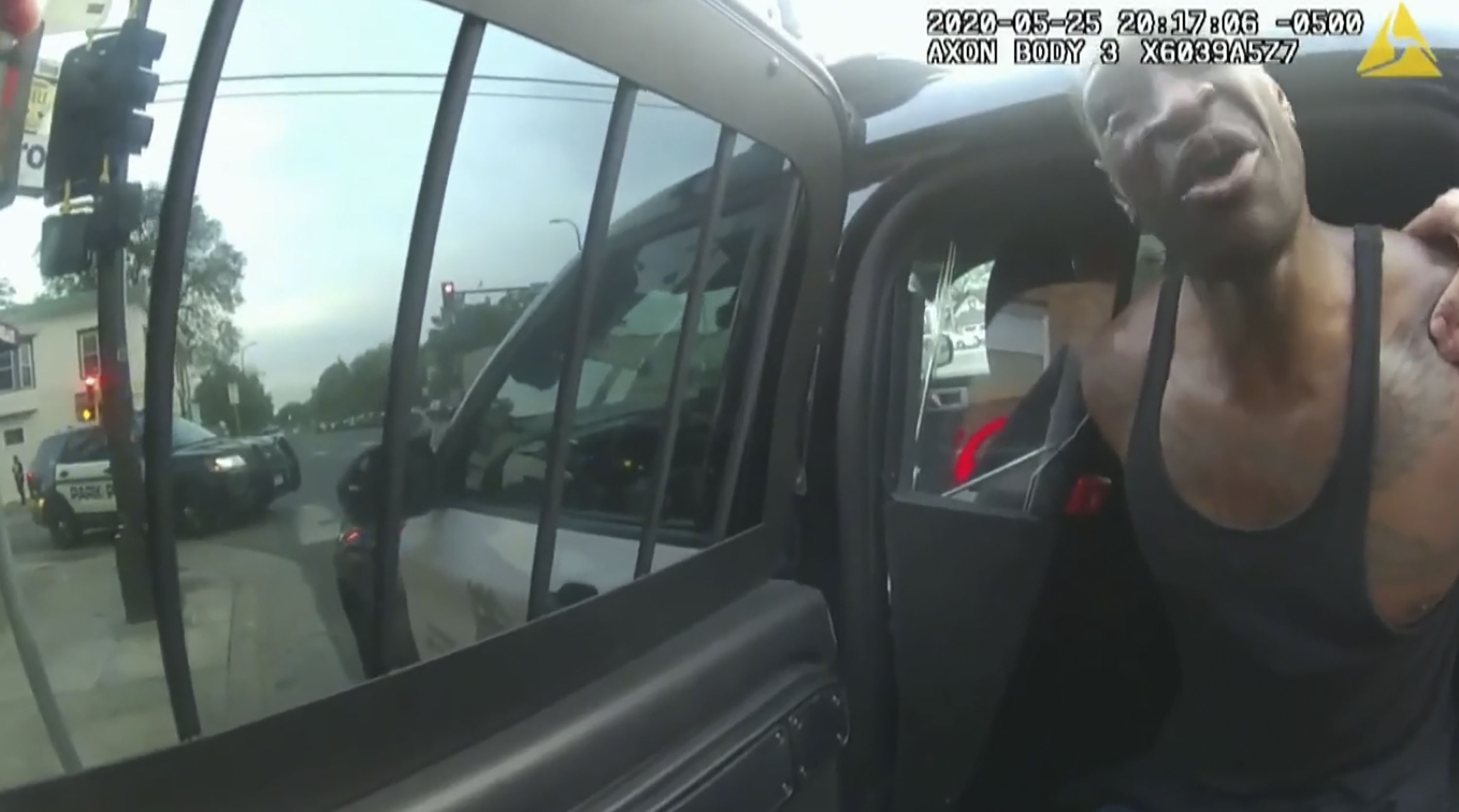 The attorney for the officer on trial in George Floyd ’s death has raised the concept of excited delirium as testimony examines whether reasonable force was used on Floyd.

Derek Chauvin, 45, who is white, is charged with murder and manslaughter. Floyd, a 46-year-old Black man, was arrested outside a neighborhood market on May 25, accused of trying to pass a counterfeit $20 bill. A panicky-sounding Floyd writhed and claimed to be claustrophobic as police tried to put him in the squad car.

Thomas Lane, another officer at the scene, can be heard on body camera video as officers hold Floyd down, asking whether Floyd might be experiencing excited delirium.

HOW DID EXCITED DELIRIUM COME UP?

It came up Tuesday as Nicole Mackenzie, a Minneapolis police officer who trains other officers in medical care, testified for the prosecution. Chauvin’s attorney, Eric Nelson, asked Mackenzie to define excited delirium and explain how officers are trained to recognize and respond to it.

Mackenzie described it as a combination of “psychomotor agitation, psychosis, hypothermia, a wide variety of other things you might see in a person or rather bizarre behavior.”

Under questioning from Nelson, Mackenzie agreed that people exhibiting “something like excited delirium” have often taken drugs. She also agreed that someone experiencing the condition might have “superhuman strength.”

On Thursday, Dr. Bill Smock — an expert in forensic medicine who works as a police surgeon for the Louisville Metro Police Department in Kentucky and as a professor of emergency medicine at the University of Louisville — testified that he believes excited delirium is real. But he said Floyd met none of the 10 criteria developed by the American College of Emergency Physicians. A minimum of six signs are required for the diagnosis, he said.

“How many did you see?” prosecutor Jerry Blackwell asked.

WHY DOES IT MATTER?

A key question at Chauvin’s trial is whether he used reasonable force in pinning Floyd to the pavement for 9 minutes, 29 seconds. Police department officials have testified that he did not — that Floyd was under control and that force should have quickly ended.

Nelson has emphasized Floyd’s bigger size compared to Chauvin, and suggested that people can present a danger even when handcuffed, and that handcuffs can fail.

WHAT DOES SCIENCE SAY ABOUT ‘EXCITED DELIRIUM’?

Some coroners in recent decades have attributed in-custody deaths to excited delirium, often in cases where the person had become extremely agitated after taking drugs, having a mental health episode or health problem. But there is no universally accepted definition of it and researchers have said it’s not well understood.

The American Psychiatric Association’s diagnostic handbook doesn’t list it and one study last year concluded it is mostly cited as a cause only when the person who died had been restrained.

A medical examiner in New York concluded that Daniel Prude was in a state of excited delirium in 2020 when police in Rochester put a hood over his head and pressed his naked body against the pavement. Prude, a Black …read more