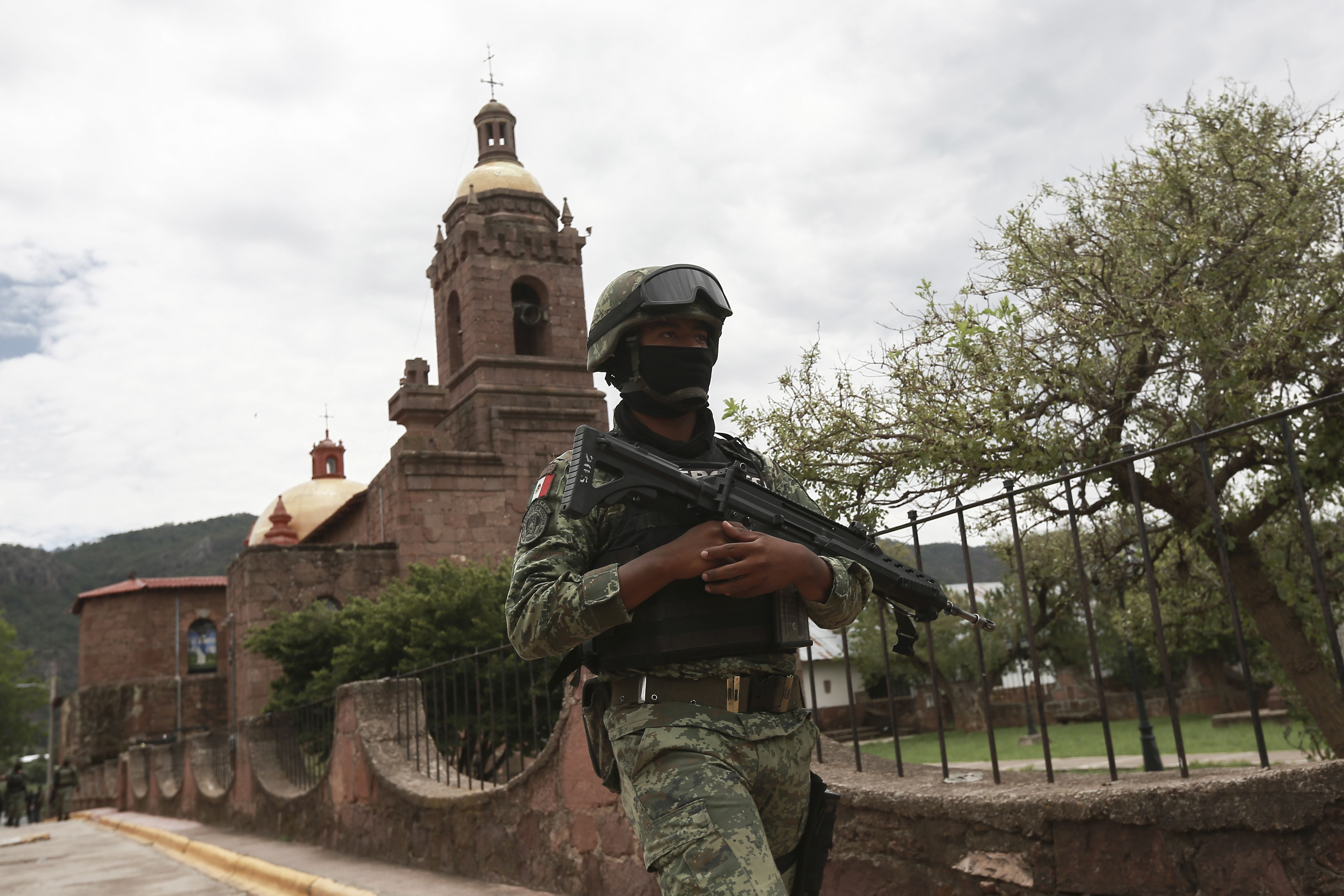 Two Jesuit priests and a tour guide murdered in Mexico’s Sierra Tarahumara this week are the latest in a long line of activists, reporters, travelers and local residents who have been threatened or killed by criminal gangs that dominate the region.

The Revs. Javier Campos, 79, and Joaquín Mora, 80, had spent much of their lives serving Indigenous peoples of the region. Authorities said they were shot to death in the small church on Cerocahui’s town square Monday, along with a tourist guide they tried to protect from a local criminal boss.

Tourists are drawn to the area’s imposing mountains, deep canyons and the indomitable Tarahumara Indigenous people, who refer to themselves as the Raramuri and are famed for their ability to run dozens of miles barefoot or in leather sandals. The mostly roadless region contains wonders like the Copper Canyon, often called Mexico’s Grand Canyon, and one of the country’s last working passenger trains.

But the mountains are a land of tragedy as well as beauty. The Raramuri are still largely impoverished after centuries in which their ancestral land was taken from them. They have suffered famine and starvation during the worst years, even in this century.

WHY IS THE SIERRA TARAHUMARA SO DANGEROUS?

Drug cartels have long used the remote mountains to plant illicit crops of marijuana and opium poppies. In the 2000s, the cartels expanded into illegal logging on Raramuri lands, driving out or killing anyone who opposed them. The Ciudad Juarez-based La Linea gang is battling the Sinaloa cartel, whose local branch is known as Los Salazar.

Isela Gonzalez, director of the Sierra Madre Alliance environmental group, said the gangs now compete to control local alcohol sales, extortion and kidnapping. “The Sierra Tarahumara is under a constant climate of violence,” Gonzalez said. She just returned from a Raramuri community, Coloradas de la Virgen, and noted, “There is a very violent atmosphere, a lot of shootouts between groups, and that is forcing a lot of people to flee.”

What GOP-named justices had said about Roe to Senate panel

WHO ELSE HAS BEEN KILLED?

At least a half dozen Raramuri environmental activists have been killed in the Sierra Tarahumara in recent years, including anti-logging activist Isidro Baldenegro, who received the prestigious Goldman Environmental Prize and was slain in 2017. The few suspects detained in those killings were likely only triggermen, and their possible links to drug gangs were apparently never fully investigated.

Journalist Miroslava Breach was killed by gunmen linked to the Los Salazar gang in 2017, apparently in retaliation for reporting on drug gangs’ ties to politicians.

Perhaps the case that drew the most attention was that of 34-year-old American hiker Patrick Braxton-Andrew, who was killed in 2018 in Urique, near where the Jesuits were murdered. Officials at the time identified the killer as José Noriel Portillo Gil, alias El “Chueco,”or “The Crooked One.” An alleged local boss for the Los Salazar gang, he is the same man wanted for killing the two priests.

WHAT HAS THE GOVERNMENT DONE?

The fact that Portillo Gil could be accused of killing a U.S. tourist and not be caught —and …read more

Could California be headed for a homeowners insurance catastrophe?