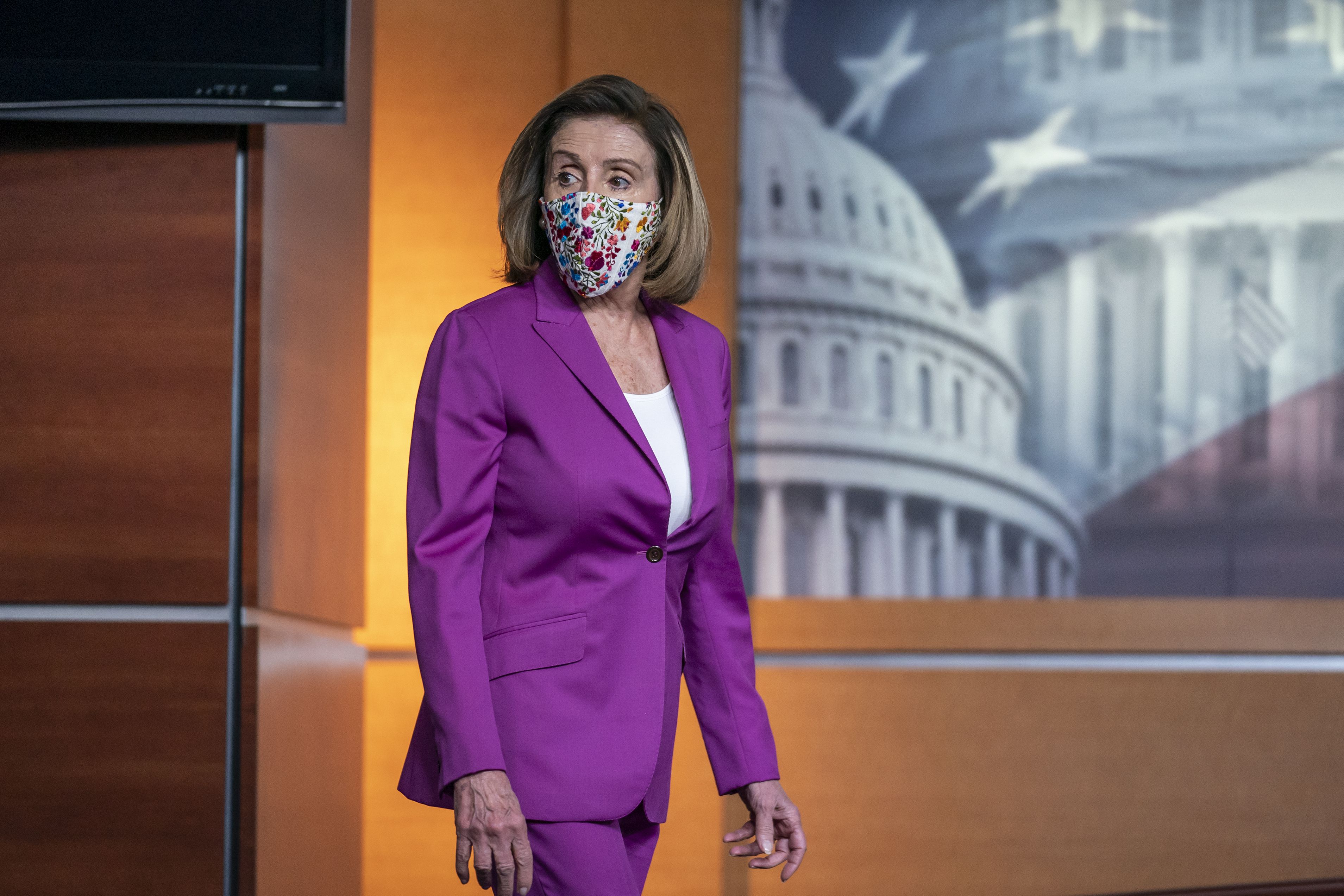 President Donald Trump has been impeached by the House days before leaving office, becoming the first American president to be impeached twice.

The previous three impeachments — those of Presidents Andrew Johnson, Bill Clinton and Trump — took months before a final vote, including investigations in the House and hearings. This time it only took a week after Trump encouraged a crowd of his supporters who attacked the U.S. Capitol.

Democrats and 10 Republicans voted to impeach Trump on one charge: incitement of insurrection.

Outgoing Senate Majority Leader Mitch McConnell has said the Senate will not begin a trial until next Tuesday, at the very earliest, which is the day before Democrat Joe Biden is sworn in as president. It’s unclear, for now, exactly how that trial will proceed and if any Senate Republicans will vote to convict Trump.

Even though the trial won’t happen until Trump is already out of office, it could still have the effect of preventing him from running for president again.

A look at next steps:

SENDING TO THE SENATE

Once the House votes to impeach, the speaker of the House can send the article or articles over to the Senate immediately — or she can wait a while. Speaker Nancy Pelosi hasn’t yet said when she will send them, but many Democrats in her caucus have urged her to do so immediately.

Pelosi has already appointed nine impeachment managers to argue the case against Trump in a Senate trial, a sign that she will send them sooner rather than later.

Once the articles are sent over — that is usually done with an official walk from the House to the Senate — then the majority leader of the Senate must start the process of having a trial.

The Senate is not scheduled to be in session until Jan. 19, which could be McConnell’s last day as Senate leader. Once Vice President Kamala Harris is sworn in, making her the president of the Senate, and Georgia’s two Democratic senators are also sworn in, Senate Democratic leader Chuck Schumer will take charge and determine how the trial will proceed.

McConnell said he will not bring the Senate back on an emergency basis to start the trial, so the earliest it could begin would be Tuesday. That means the trial is certain to take place after Trump has already left office.

ALL EYES ON MCCONNELL

McConnell believes that Trump committed impeachable offenses and considers the Democrats’ impeachment drive an opportunity to reduce the divisive, chaotic president’s hold on the GOP, a Republican strategist told The Associated Press on Wednesday.

And McConnell told major donors over the weekend that he was through with Trump, said the strategist, who spoke on condition of anonymity to describe McConnell’s conversations. His wife, former Transportation Secretary Elaine Chao, resigned from Trump’s Cabinet soon after the riots.

But despite sending signals, McConnell has been characteristically quiet in public. In a note to colleagues Wednesday released by his office, McConnell said …read more

CPS and CTU, time to act like adults and stop fighting over school reopening

Rutherford: Vote to impeach Trump ‘only further divides us’