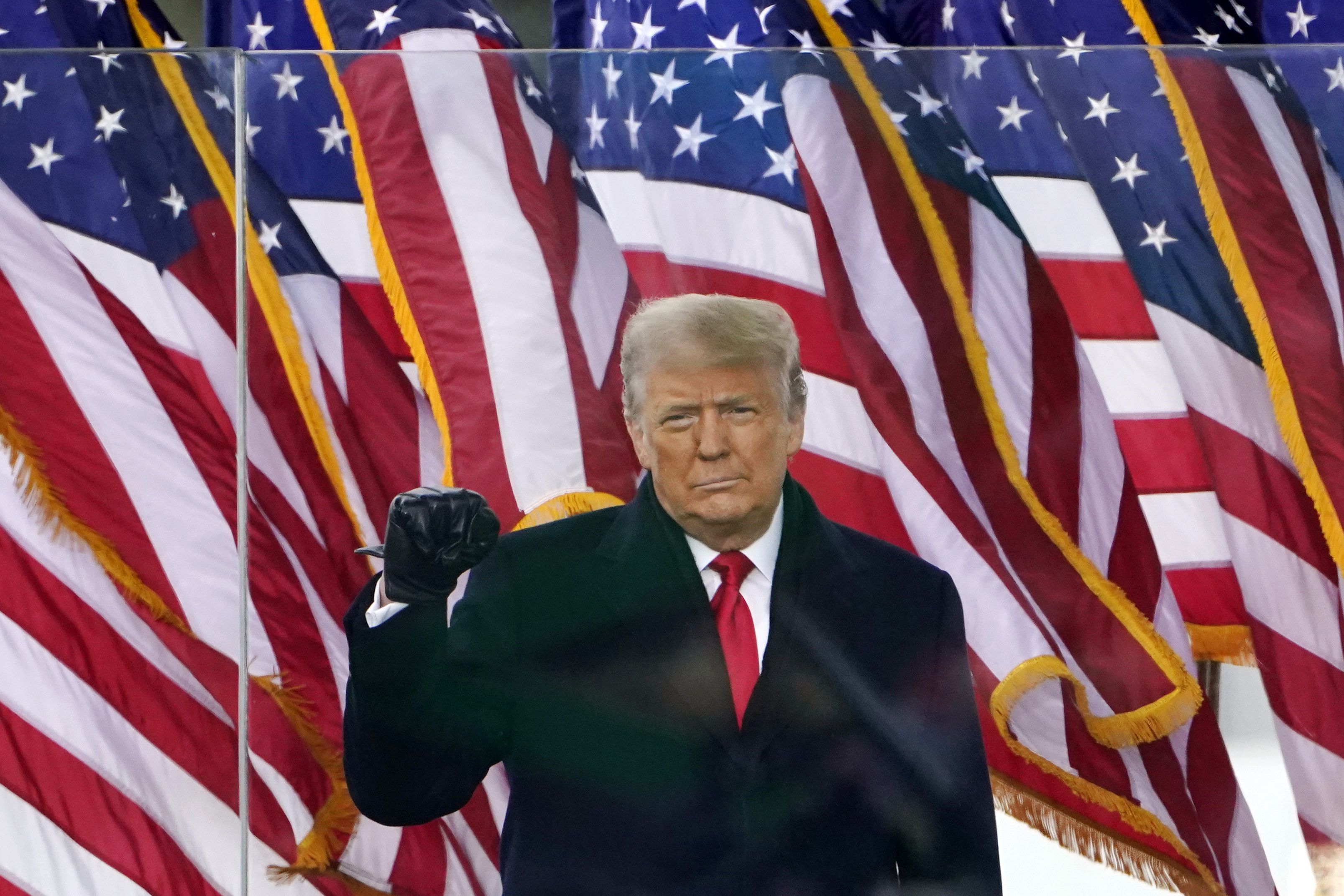 Former President Donald Trump will find out whether he gets to return to Facebook on Wednesday, when the social network’s quasi-independent Oversight Board plans to announce its ruling in the high-profile case.

The decision likely to stir up strong feelings no matter which way it goes. If the board rules in Trump’s favor, Facebook has 30 days to reinstate his account. If it upholds Facebook’s decision, Trump will remain “indefinitely suspended.” That means he’ll remain banned from the platform for as long as Facebook sees fit.

Here’s how the process works and what might happen after Wednesday’s announcement.

WHY DID TRUMP GET SUSPENDED?

Trump’s Facebook account was suspended for inciting violence that led to the deadly Jan. 6 Capitol riots. After years of treating Trump’s inflammatory rhetoric with a light touch, Facebook and Instagram, which Facebook owns, silenced his accounts on Jan. 7, saying at the time he’d be suspended “at least” through the end of his presidency on Jan. 20.

In a short video posted on his social media accounts, Trump had urged his supporters to “go home” while also repeating falsehoods about the integrity of the presidential election.

Facebook’s move came after Trump was booted off Twitter, his preferred site for reaching his millions of social-media followers.

WHAT IS THE OVERSIGHT BOARD AND HOW DOES IT MAKE ITS DECISIONS?

Facebook created the oversight panel to rule on thorny content on its platforms. Its creation came in response to widespread criticism about the company’s inability to respond swiftly and effectively to misinformation, hate speech and nefarious influence campaigns. Facebook has said it doesn’t believe that it should be the final word on such monumental questions of content moderation and speech.

The board’s 20 members, which will eventually grow to 40, include a former prime minister of Denmark, the former editor-in-chief of the Guardian newspaper, along with legal scholars, human rights experts and journalists.

Democrats chart new legislative maps behind closed doors, but insist, ‘It’s nothing new, and it’s not a secret’

The first four board members were directly chosen by Facebook. Those four then worked with Facebook to select additional members. Facebook pays each board members a salary through an “independent trust.”

The board’s independence has been questioned by critics who say it’s just part of a Facebook public-relations campaign intended to draw attention away from deeper problems of hate and misinformation that still flourish on its platforms.

Sort of like a quasi Supreme Court, the board’s decisions on the cases are binding. It can also make additional suggestions that are not binding but Facebook so far has signaled it is willing to take them into consideration.

WHAT ARE SOME PREVIOUS CASES?

Facebook regularly takes down thousands of posts and accounts, and about 150,000 of those cases have appealed to the oversight board since it launched in October. The board has said that is prioritizing the review of cases that have the potential to affect many users around the world. Its decisions so far have weighed on the side of free expression over restricting content.

In its initial batch of rulings, announced in January, the board ordered Facebook to restore posts by users that the company …read more

Caitlyn Jenner to critics: ‘I move on’ she says in interview