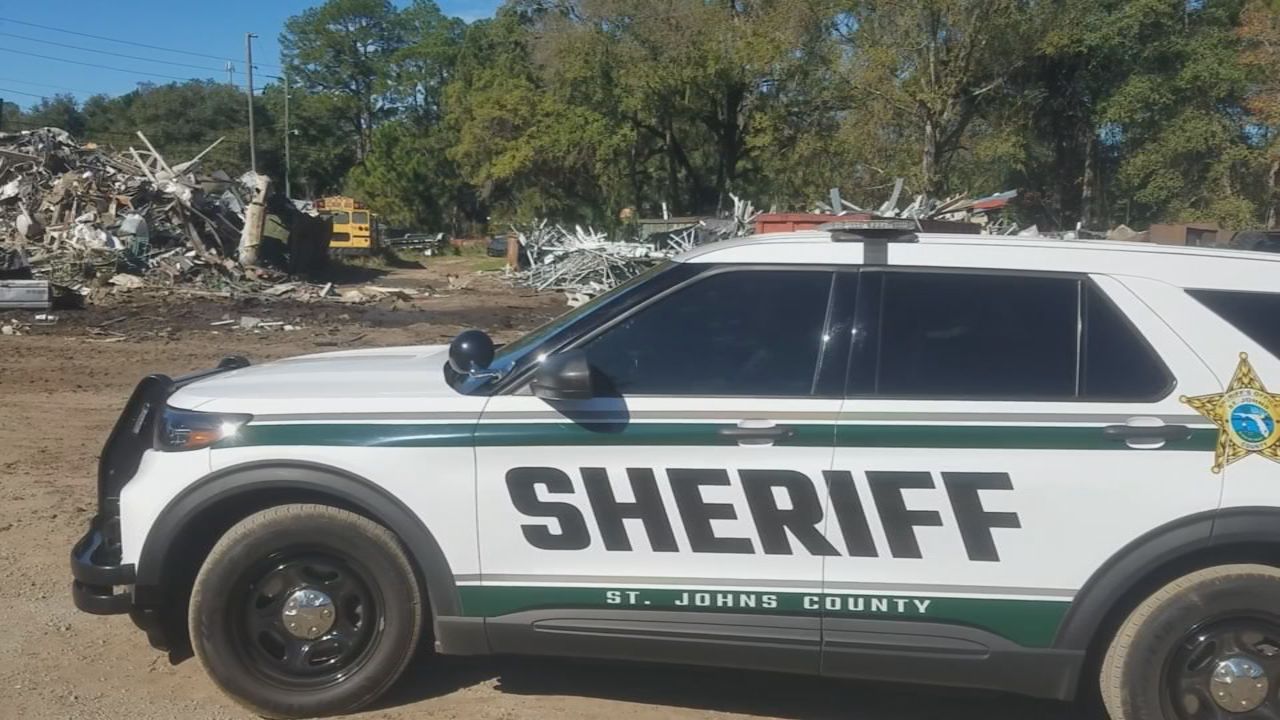 A tank explosion at a St. Johns County salvage yard Tuesday left nearby residents scrambling for cover and sent at least one worker to the hospital.

St. Johns County Fire Rescue said the worker was taken from the salvage yard on South Holmes Boulevard in St. Augustine to Flagler Hospital and was in stable condition.

Neighbors said the explosive force rattle pictures frames off the walls of their homes and scared them out of their wits.

“Every window in the trailer rocked. You felt the blast hit the back of the trailer like it was so hard. I thought a car crashed into my trailer,” one neighbor said. “I checked on my dad. We both went out on the front porch. I saw my next-door neighbor, elderly lady …. She jumped out of her skin. She’s OK, but she says all the frames were knocked off her walls as well.”

The entire neighborhood felt the force of the explosion.

“The people behind us said she was sitting in her recliner and a picture frame fell off the wall and hit her in the head,” said the same neighbor, who declined to be identified.

The story behind Days Gone and the sequel that never was