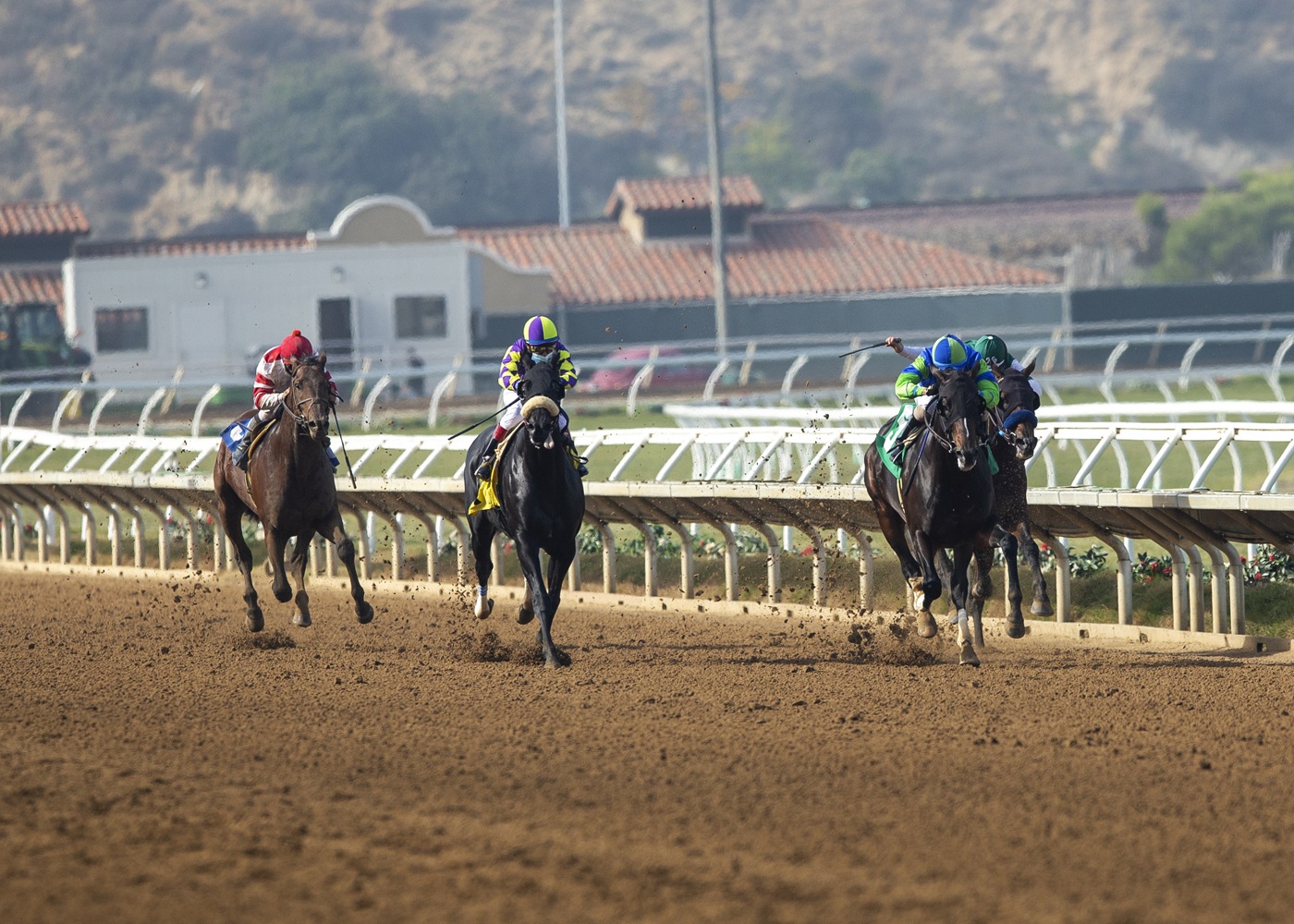 Extra Hope turned the tables on heavily favored Midcourt on Saturday at Del Mar, scoring the first stakes victory of his 14-race career.

Second behind Midcourt in last year’s $100,000 Grade III Native Diver Stakes, the 4-year-old Shanghai Bobby colt beat the 2-5 favorite this year, traveling gate to wire under Juan Hernandez to win by one length while running the 1 1/8 miles over a fast main track in 1:50.11.

Midcourt, who had been running against the likes of Improbable and Maximum Security this year, tracked the winner the whole way under Victor Espinoza before having to settle for second money while finishing 2 1/2 lengths clear of third-place finisher Combatant.

Royal Ship, the 3-1 second choice in the wagering, was last in a field trimmed to four when the 3-year-old filly, Stellar Sound, was scratched by trainer Michael McCarthy on Saturday morning.

Last year, when Midcourt beat Extra Hope by 5 3/4 lengths in the Native Diver, it was Midcourt who went gate to wire while Extra Hope tracked the winner from second the entire way.

Extra Hope, the 4-1 third choice, got the early jump this time, setting moderate fractions of 23.86, 47.79 and 1:11.45 before holding off the John Shirreffs-trained Midcourt in the stretch.

“That was the plan, to go for the lead right away,” Hernandez said. “He helped me a lot the way he broke so good out of there. Then he was running nice and easy for me. He was relaxed. At the quarter pole, I asked him and he gave me a good reply.”

“That’s (front-running) what we had planned with Extra Hope,” winning trainer Richard Mandella said. “I told (Hernandez) to spin the tires out of the gate a little bit.”

Mandella and Extra Hope’s owner and breeder, Samantha Siegel, gave the colt a nine-month layoff after last fall’s Native Diver. He returned to the races Aug. 22 at Del Mar, finishing fifth of seven in a $62,500 optional claimer.

“He (Extra Hope) kind of doesn’t take life real serious, so he wasn’t getting out of his training what he needed to before his first race off the layoff,” Mandella said. “But the one race did it. He’s been doing good since then.”

Jockey Aaron Gryder retiring with plenty of memories, no regrets

Extra Hope returned in a $62,500 optional claimer Sept. 26 at Santa Anita in his second start back, going virtually gate to wire …read more

Miss Manners: How can I discourage a facetious marriage proposal?