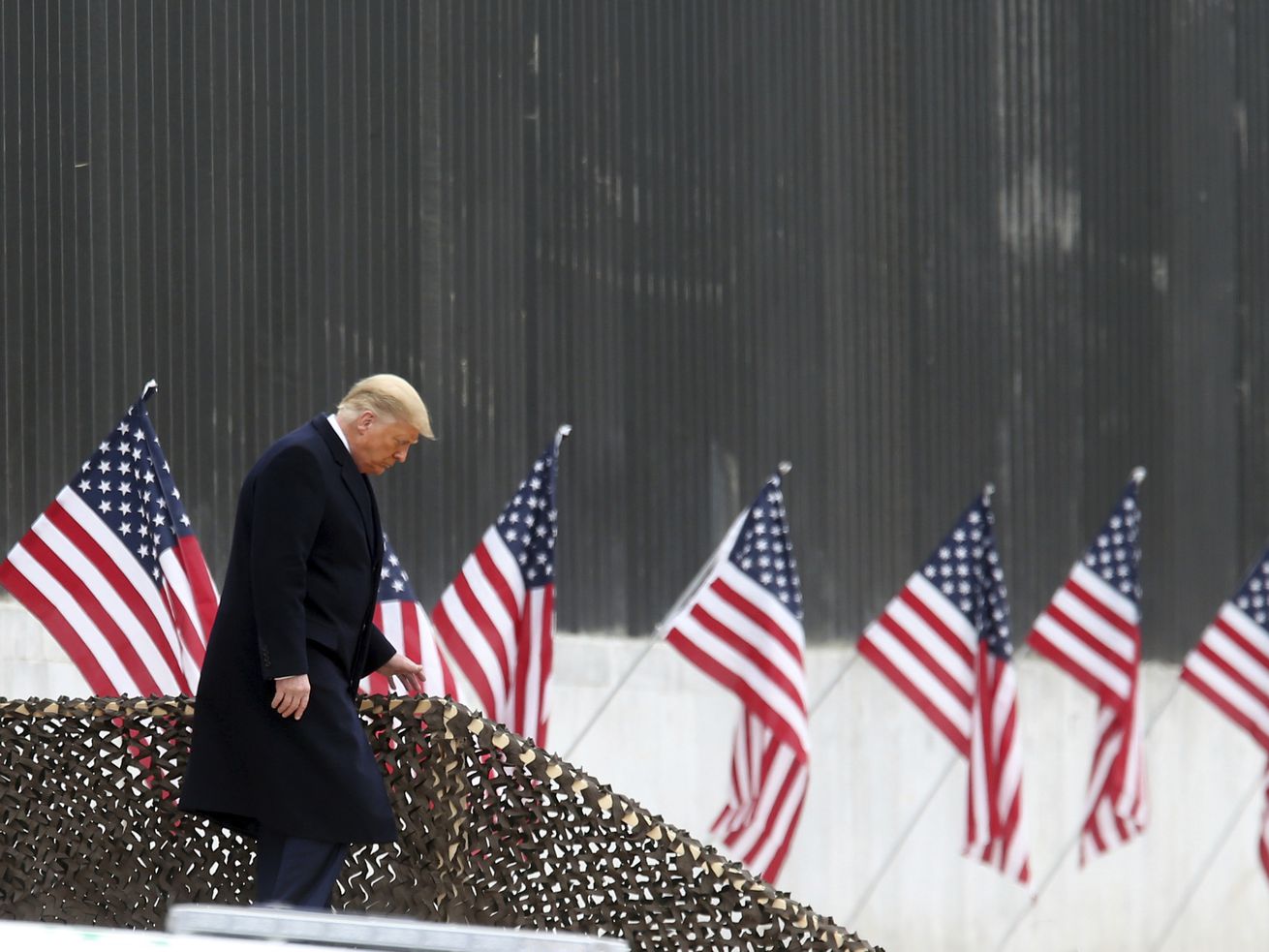 President Donald Trump walks down the steps before a speech near a section of the U.S.-Mexico border wall, Tuesday, Jan. 12, 2021, in Alamo, Texas. | AP

For more than four years, Trump has dominated the national discourse like no one before him. That’s just what made his position on the sidelines Wednesday, while his legacy was about to be permanently redefined, all the more stunning.

WASHINGTON — His place in the history books about to be rewritten, President Donald Trump awaited his second impeachment — something no other president has faced — largely alone and silent.

For more than four years, Trump has dominated the national discourse like no one before him. That’s just what made his position on the sidelines Wednesday, while his legacy was about to be permanently redefined, all the more stunning.

Trump would now stand with no equal, the only president to be charged twice with a high crime or misdemeanor, a new coda for a term defined by a deepening of the nation’s divides, his failures during the worst pandemic in a century and his refusal to accept defeat at the ballot box.

Trump kept out of sight in a nearly empty White House as impeachment proceedings played out at the heavily fortified Capitol. There, the damage from last week’s riots provided a visible reminder of the insurrection that the president was accused of inciting.

Abandoned by some in his own party, Trump could do nothing but watch history unfold on television. The suspension of his Twitter account deprived Trump of his most potent means to keep Republicans in line, giving a sense that Trump had been defanged and, for the first time, his hold on his adopted party was in question.

With only a week left in Trump’s term, there were no bellicose messages from the White House fighting impeachment and no organized legal response. Some congressional Republicans did defend the president during House debate in impeachment, their words carrying across the same space violated by rioters one week earlier during a siege of the citadel of democracy that left five dead.

It was a marked change from Trump’s first impeachment. That December 2019 vote in the House, which made Trump only the third president ever impeached, played out along partisan lines. The charges then were that he had used the powers of the office to pressure Ukraine to investigate his political foe, now-President-elect Joe Biden.

At that time, the White House was criticized for failing to create the kind of robust “war room” that President Bill Clinton mobilized during his own impeachment fight. Nonetheless, Trump allies did mount their own pushback campaign. There were lawyers, White House messaging meetings, and a media blitz run by allies on conservative television, radio and websites.

Trump was acquitted in 2020 by the GOP-controlled Senate and his approval ratings were undamaged. But this time, as some members of his own party recoiled and accused him of committing impeachable offenses, Trump was isolated and quiet. A presidency centered on the bombastic declaration “I alone can fix …read more