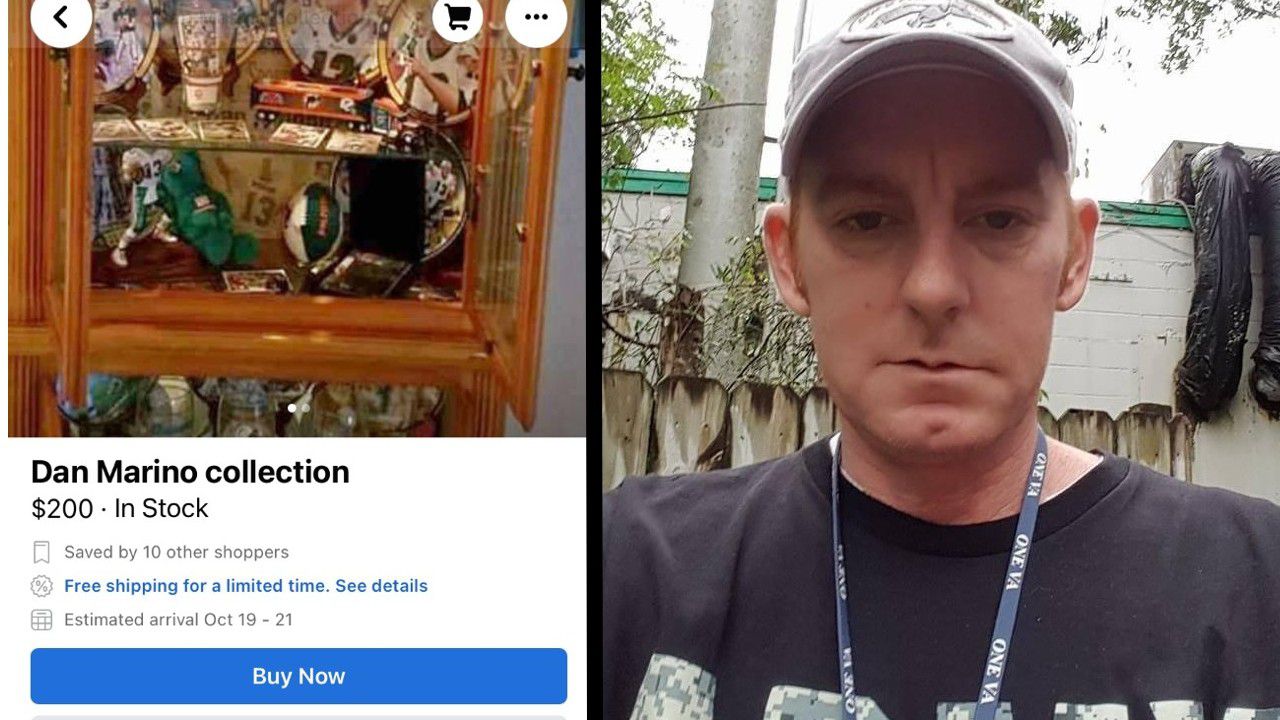 A Jacksonville couple is trying to figure out how their relatives’ belongings ended up for sale online after he passed away.

Chris Hagemes and his wife Melissa told News4Jax they were on Facebook when they found a post from their loved one months after he died. It included items for sale that they believe should have gone to his children.

“I’m like, what kind of heart does a person have to do something like that?” Chris Hagemes said.

But their loved one, Jody Hagemes, is dead after he passed away from a health issue four months ago inside his Northside apartment.

Chris Hagemes said he’s been there several times and management said they hired an outside company to clean the apartment.

“I went back to the property the day they actually removed him from the apartment complex and the stuff was still there. Went back the following morning and everything was gone,” Chris Hagemes said.

Jody Hagemes, 48, was an Army veteran with two children in college who thought they’d never see his belongings again. They were upset his stuff was trashed, but they were understanding — until they saw the post with his things for sale on his Facebook account.

The apartment managers had no response to News4Jax questions and we are not identifying the complex right now as we’re still investigating.

“They said they just couldn’t speak with me. It was something that had to go through JSO and they could not give me any information,” Chris Hagemes said.

Police said it was a civil matter even though they believe the belongings should have legally gone to his children. So News4Jax contacted attorney Lauren Prater.

“My first reaction is I cannot believe people would do this to people at the lowest point in their lives,” Prater said. “The children and any of the heirs should have at least been put on notice that the property was going to be removed. They would have been the ones entitled to inherit under any type of will. It’s obvious here that there are potentially some rights that would have been violated here.”

The Hagemes family just wants answers and to close this painful chapter.

“I would just like to get the belongings back to give to his kids, yes somebody needs to be punished for what they’ve done, but that’s not what I’m out for, I just want the kids to have something to remember their dad by,” Chris Hagemes said.