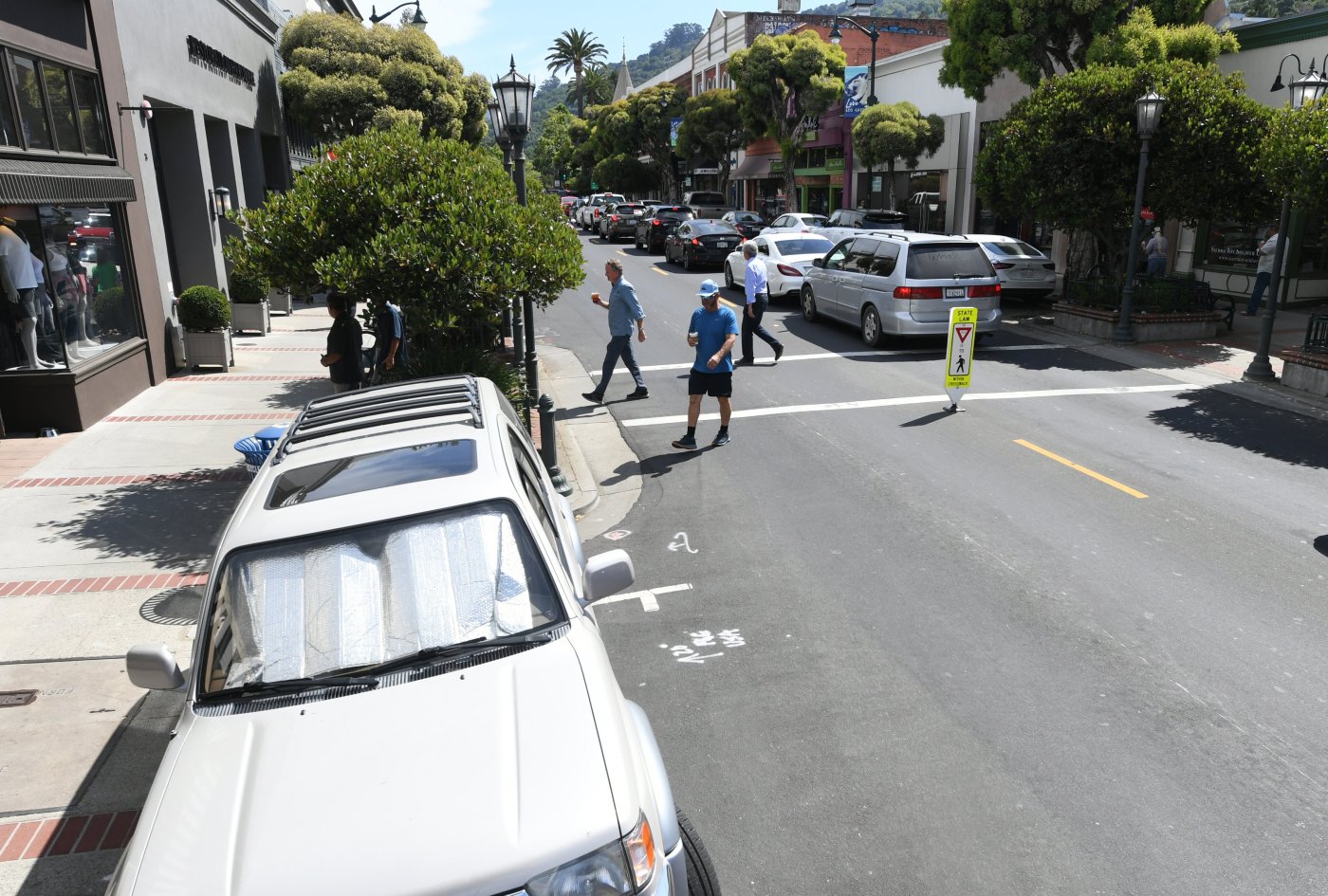 Would fewer parking spaces mean cheaper new homes and shops? Or more drivers cursing while circling for an open spot?

Housing advocates are backing a state bill to ban cities from imposing minimum parking requirements on new apartments and shops within a half mile of train stations and bus routes. The bill is designed to encourage transit use and rein in city mandates for big, costly parking lots, which can make building apartments and commercial projects unattractive to developers.

“Cars and parking have a huge environmental costs,” said Assemblymember Laura Friedman, D-Glendale, who co-authored the bill with Sen. Scott Wiener, D-San Francisco. “The cost of our housing has gotten higher because of the huge costs that parking add to a housing development.”

But opponents have long warned of traffic and congestion horrors if residents and shoppers continue to use vehicles instead of transit. The League of California Cities is taking a wait-and-see approach, while the slow-growth group Livable California is considering a formal position on the bill.

The bill, AB 1401, is one of several measures aimed at combating the state’s housing crisis. After a series of setbacks last year, pro-housing groups have returned with individual bills seeking smaller steps to boost development.

Other bills would allow underused commercial property to be redeveloped for homes and apartments, let property owners divide lots and build homes on the new parcel, and expedite environmental review for some large projects.

But parking reform could touch a veritable third-rail of suburban politics, where defining “adequate parking” is often a flashpoint at public hearings. Homeowners object to new developments because of the additional traffic and concerns that street parking is unsightly and can make it difficult to navigate narrow streets. Developers say on-site parking requirements raise costs and make it challenging to build affordable housing and innovative commercial buildings.

The measure would limit a city or county’s ability to require parking spots based on the number of units or size of certain developments. The bill would cover new projects within a half-mile walking distance of a transit stop. Related Articles

Gov. Newsom asked for a fracking ban. He may get more than he bargained for with ambitious …read more