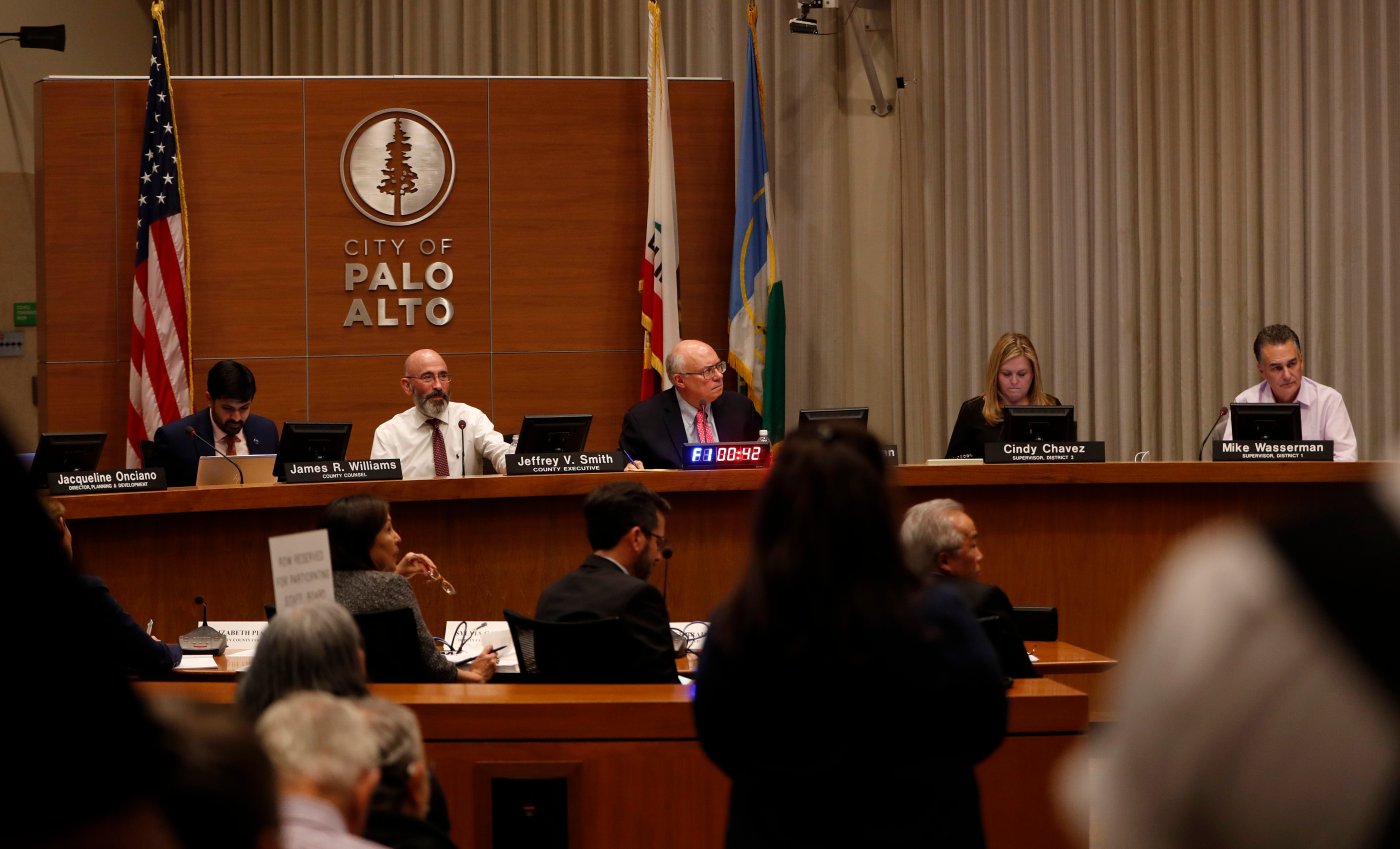 PALO ALTO — So far five candidates have filed to run for three open city council seats in the November election whose outcome could lead to a political shake-up in the Peninsula’s NIMBY stronghold.

With council members Eric Filseth and Tom DuBois terming out of their seats and Alison Cormack deciding not to run for a second term, three open seats could mean the difference between more slow-growth policies for Palo Alto or a political shift toward building more housing. While lately, residents have seen their leaders tout not-in-my-backyard policies on housing, the yes-in-my-back-yard advocates could get more of a voice during this election.

For the past two decades the city has been plagued by infighting on the question of whether to build more housing, where to do it and how best to preserve the neighborhood character that has made Palo Alto one of the most liveable communities in the country.

While in the past Palo Alto has had YIMBY city council members and was even run by a progressive, building-friendly mayor, the 2020 election saw a strong NIMBY shift with the elections of Pat Burt and Greer Stone and re-elections of conservative “Residentialists” Lydia Kou and Greg Tanaka. Along with strong NIMBY council members like DuBois and Filseth, the council has fought back against state housing mandates and has struggled to allocate new housing sites for construction.

Now with just 13 days until the deadline to enter the race, five political newcomers and old faces are vying to replace Filseth, DuBois and Cormack.

In mid-June, Planning and Transportation Commissioner Ed Lauing, a city hall veteran with years of experience, became the first candidate to file for the November city council election and quickly launched his campaign. Lauing also ran for council in 2020 but narrowly lost out on one of four seats, finishing fifth out of 10 candidates.

Driver in LA crash that killed 5 charged with murder

Julie Lythcott-Haims, former Stanford University dean of freshmen and an author, filed paperwork to run soon after Lauing but has not launched a campaign website. Lythcott-Haims has been a well-known member of the Palo Alto and Stanford communities for years, and has written three books — of which two were on the topic of adulthood. She spent 14 years at Stanford, 10 of which were as dean of freshmen. She hasn’t yet publicly announced her candidacy.

Consa is a Romanian who moved to the Bay Area in the 90s before moving to Palo Alto in 2010. He has worked at startups, small businesses, marketing and finance, and his campaign website says he is focusing on housing, climate change and economic recovery in the post-pandemic.

Lauing may not be the only familiar face around city hall hoping to win a seat on the council. Lisa Forssell, a member and former chair of the Utilities Advisory Commission filed for a campaign committee in April and is expected to run for a seat. Along with being …read more

Golden Globes 2021: The Complete List of Nominees | Entertainment Weekly
The intriguing part of the Kevin Durant, Nets unhappiness report is all about Celtics coach Ime Udoka