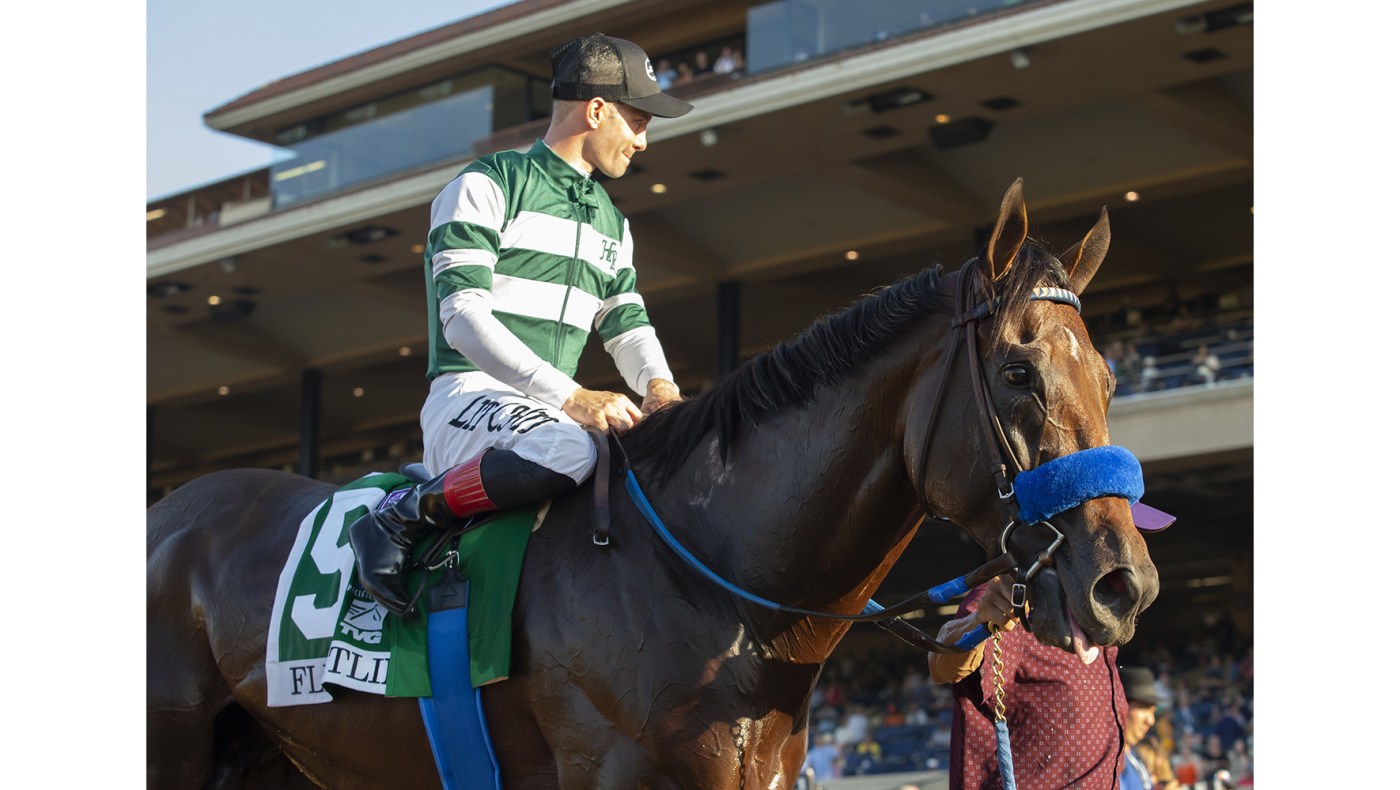 We know it’s a virtual cinch that Flightline will be voted an historic Horse of the Year if he wins the Breeders’ Cup Classic on Nov. 5 at Keeneland. Doesn’t matter if he’ll have raced only three times in 2022. It’s as easy as choosing between a trip to the beach or the dentist.

No horse has won Horse of the Year with fewer than four starts since the Eclipse Awards were established in 1971. Ghostzapper won the award in 2004 with only four races, and that was an easy choice as well.

What we don’t know is whether Flightline, who’s won his five career races by a combined 62¾ lengths, will race at age 5. One of his owners, Kosta Hronis, is in favor of it. Another, Bill Farish of Lane’s End, where Flightline will stand stud when his racing days are over, also talks about bringing the Tapit colt back for another year, but he doesn’t sound as convincing as Hronis.

The guess here is that the Breeders’ Cup will be Flightline’s swan song, despite the sport badly in need of stars to keep fans’ interest up. The fact is the breeding part of the industry is too lucrative to keep the colt on the track. Flightline’s future in the breeding shed is just too enormous to take a chance on racing him.

I hope I’m wrong, but the debate on whether Flightline deserves to be mentioned in the same breath as past greats like Spectacular Bid will continue with the John Sadler-trained monster having raced only six times.

Along with catastrophic injuries, early retirements are a part of the sport that really stinks.

Here’s a look at the Horse of the Year race as we hit the stretch:

Death, taxes and the colt who continues to gain more believers with each race. Just when you’ve seen his most dominating performances, he goes and wins the Pacific Classic at Del Mar by a record 19¼ lengths.Is he as good as Spectacular Bid? Talent-wise, yes. When you put the résumés of the two side by side, no. As special as he is, Flightline doesn’t deserve to be mentioned with greats like Secretariat, Spectacular Bid and Ruffian until he does more. Now if he wins the Breeders’ Cup Classic by a wide margin, let’s talk again.

The son of Into Mischief is next in line to win Horse of the Year if he takes the Classic. He’s won three of four, including two Grade I’s, this year and is on target to run in the Grade I Woodward Stakes at Aqueduct on Oct. 1 as a tuneup for the Breeders’ Cup. There are some who argue he can’t go the Classic’s distance of a mile and a quarter because he faltered in the stretch of the Dubai World Cup and finished fourth March 26, but they said the same about Authentic after almost blowing a huge lead in the 2020 Haskell. We know how that turned out.

A 1914 house in San Fernando Valley fuels a debate: Fight for history and a park? Or a school?

Harriette Cole: My co-worker gave an incredible reason in asking me to pay for his dinner