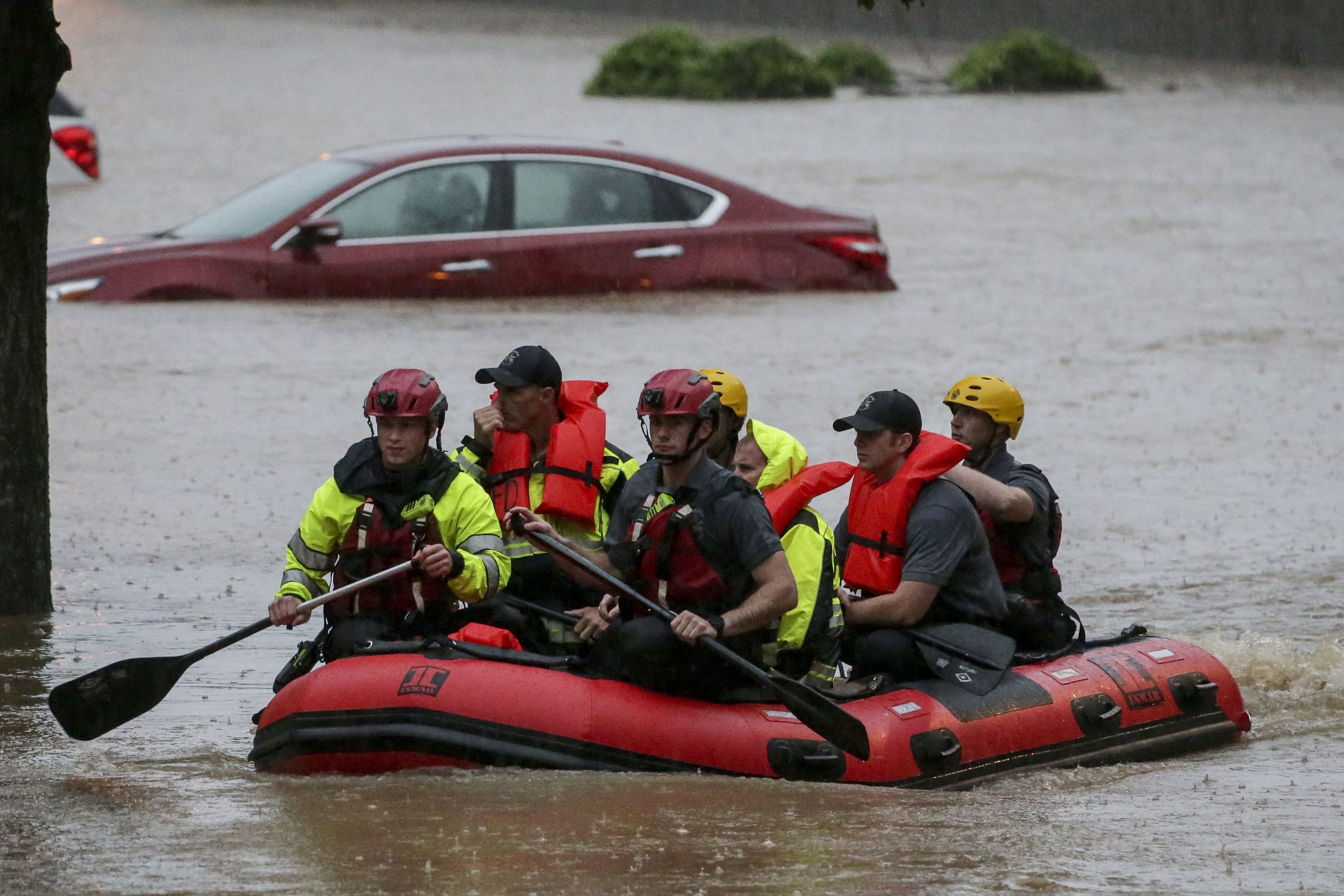 Relentless wind and rain keeps pummeling much of the southeastern United States, spawning tornadoes, sparking a flash flood emergency in Alabama and damaging homes from Texas to Virginia. The storms have prompted boat rescues and toppled trees and power lines.

Crews were preparing to continue cleaning up debris and assessing destruction across the region early Wednesday, as some schools canceled classes or moved them online due to damage on campuses and surrounding areas.

The National Weather Service’s prediction center warned Wednesday morning that flash flooding could also now affect the Central Gulf Coast with storms shifting southeast and rain continuing to soak much of the region.

The storms have been responsible for at least three deaths and dozens of injuries this week, and more than 242,500 customers were without power from Texas to Maryland early Wednesday, including about 90,000 in Alabama, about 80,900 in Mississippi, about 28,800 in Georgia and about 25,700 in Virginia, according to poweroutage.us.

Torrential rains near Birmingham, Alabama, on Tuesday, dumped at least 5 inches (13 centimeters) of water as another 2 inches (5 centimeters) were possible before the storm system continued eastward, according to the National Weather Service there.

Jefferson County Emergency Management officials in the Birmingham area urged residents to stay off the roads because so many were flooded. In the Birmingham suburb of Homewood, fire department rescuers in a small boat paddled past submerged cars in a parking lot, slowly removing more than a dozen people from the waters surrounding an apartment complex.

Strong winds blowing behind a line of storms were toppling trees across central Alabama, where soil was saturated with water. The National Weather Service in Birmingham said late Tuesday it planned to send two crews to Greene and Tuscaloosa Counties to assess wind and possible tornado damage from storms that started Sunday.

Strong winds and heavy rain whipped through Mississippi’s capital city of Jackson late Tuesday while thunder rattled windows. The high winds cracked some limbs off trees and sent them onto nearby houses. The storms left streets littered with branches and leaves.

At least eight people were injured when storms that brought tornadoes to Texas flipped tractor-trailers on an interstate and damaged structures.

In Tennessee, at least 11 counties were hit by possible EF-0 tornadoes, according to an official with the National Weather Service in Nashville. A tornado that struck Virginia’s Northumberland County near the Chesapeake Bay destroyed one home and severely damaged a few others Monday.

On Monday, tornadoes also touched down in South Carolina and southern Kentucky while a possible tornado hit West Virginia.

In Mississippi, forecasters confirmed 12 tornadoes Sunday evening and night, including the Yazoo City twister, which stretched for 30 miles (50 kilometers), and another tornado that moved through suburbs south of Jackson, producing a damage track 1,000 yards (910 meters) wide.

60 years since 1st American in space: Tourists lining up