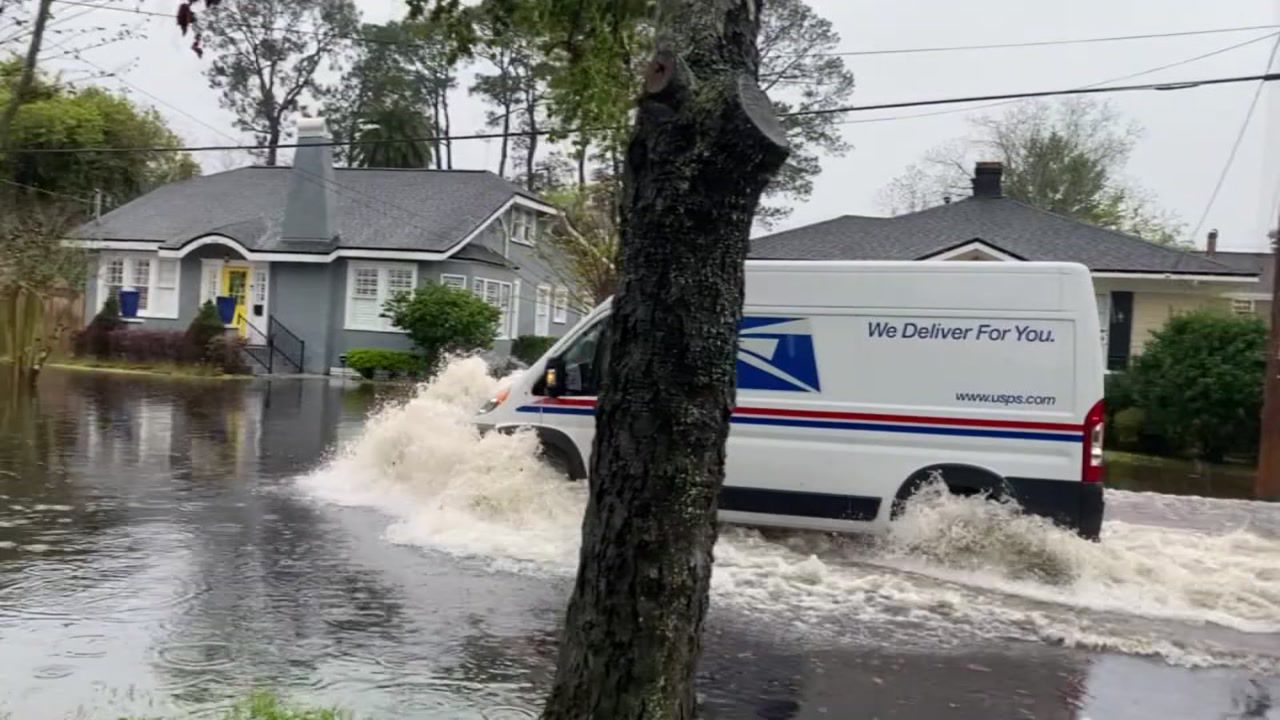 Residents in low-lying neighborhoods, like Avondale, keep an especially close eye on the tropics this time of year due to the threat of extreme flooding during a storm.

A section of Challen Avenue near Park Street is one area notorious for flooding even if just a thunderstorm rolls through. That’s why the threat of rain from a tropical system that has its sights on Florida adds to the worry these residents experience.

As of Friday evening, data from the National Hurricane Center showed the strengthening of Tropical Depression 9, which could reach hurricane strength and impact a portion of Florida. Depending on the actual track of the system will result in the amount of rainfall the area receives.

“Almost every single storm will have it,” said resident Jane Owen. “We don’t want to see that happen again and certainly not with a big storm coming.”

“The magnitude of a larger storm means even more of our storm drains will be taxed,” said Shannon Blankenship, Riverside Avondale Preservation executive director.

Several homeowners on the block say flooding during storms is the result of an aging drainage system that runs under their street. The city is aware of the problem and has already begun a $1 million drainage project, which included installing new drainage pipes several blocks away under the Riverside High School track and field.

The new pipes lead to a large storm drain in Willow Branch Park where the water is channeled out into the St. Johns River. But because the project is not yet complete, the city says neighbors on the block will continue to experience flooding.

The Santa Clara men's cross country team photos are so bizarre, and we can't stop looking

“The capacity of infrastructure in this neighborhood, we’re 100 years old, it’s not the same capacity in newer neighborhoods,” Blankenship said.

Owen remembers what it was like when Hurricane Irma came through.

“The waterline came all the way up into our yards and porches. And if anyone tried to drive down our street, then the wave would get into our homes, so that’s something we don’t want to have happen again,” Owen said.

Residents say when it comes to those much larger storms, sandbags become the best option to keep water from seeping into the house from up under the front door.

They’re asking people to avoid driving down the block should it flood during a major storm.

Italians vote in election that could take far-right to power