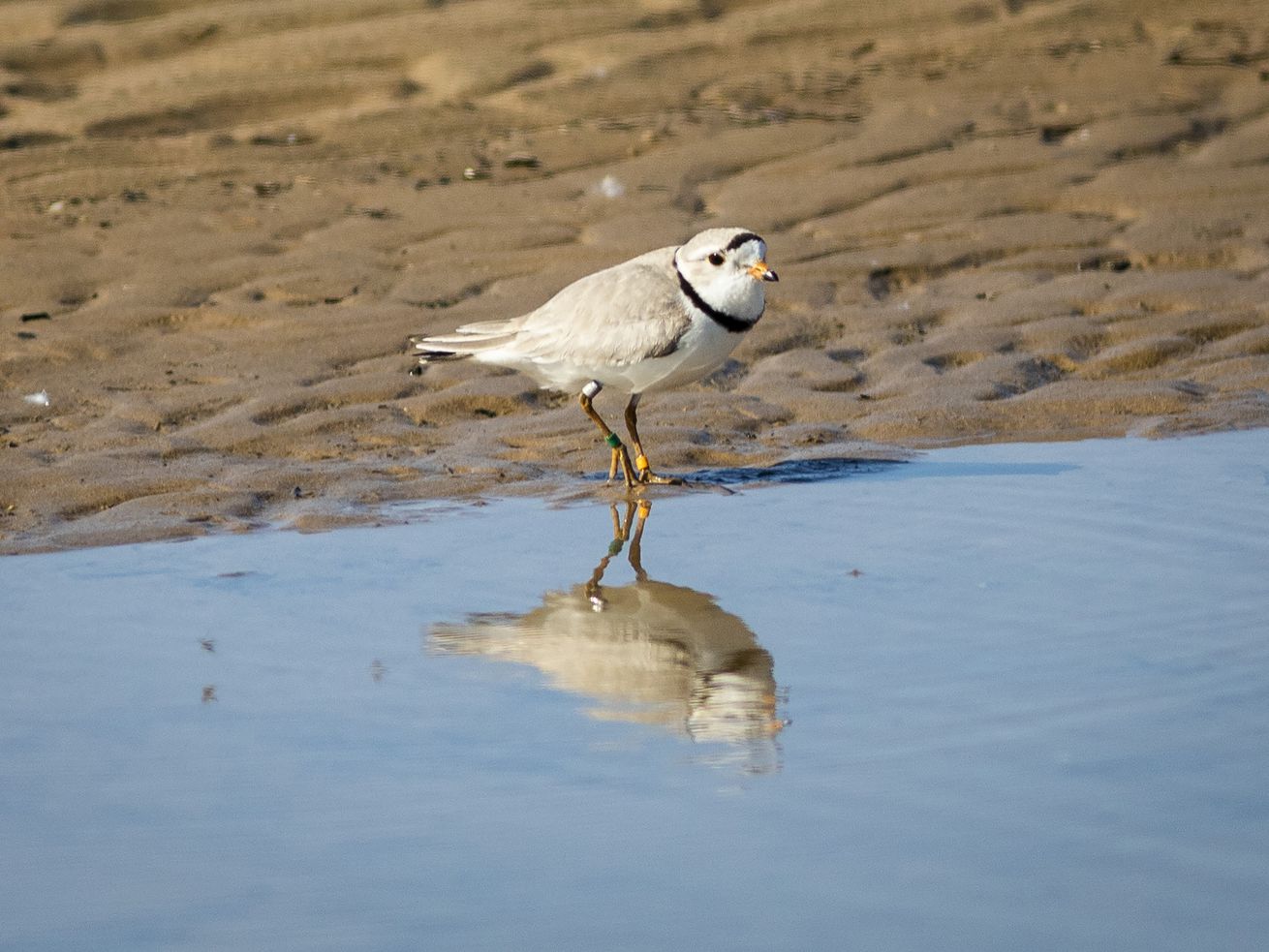 The protected area of Montrose Beach Dunes is being expanded to include the piping plovers’ nesting ground. | Ashlee Rezin Garcia/Sun-Times file

Several sand volleyball courts will have to relocate.

The Chicago Park District is adding about 3 acres of Montrose Beach that became a rare urban nesting ground for a family of piping plovers to a protected area of the lakefront.

The announcement this week will mean that several sand volleyball courts used at the south end of the beach will have to find a new home as the 12.8-acre protected area of the Montrose Beach Dunes expands.

Conservationists and bird enthusiasts championed the expansion after the piping plovers first nested at the site in 2019 and returned last year.

Their arrival created a row between the city’s passionate birding community and organizers of MAMBY on the Beach, an outdoor concert festival that had been scheduled to take place near the site of the nesting plovers in the summer of 2019. The concert was ultimately canceled.

A sustained and forceful effort has gone into ensuring the birds’ survival. It has included a cadre of volunteers who’ve stood guard at the site of the nesting plovers to keep dogs, people and other curious creatures from disturbing the plovers.

The relationship of the two plovers, nicknamed Monty and Rose, resulted in three offspring, named Hazel, Esperanza and Nish.

The birds, each with identifying leg bands, have been spotted in Florida, Texas and Georgia in recent months, said Leslie Borns, volunteer steward of the dunes.

Monty and Rose are expected back at their same nesting grounds by the end of April, Borns said.

Fencing around the new area will hopefully be erected before the birds arrive, she said. The area will be open to the public unless the plovers are inhabiting it.

Republicans take trolling to "trigger the libs" to the next level

It’s possible their offspring might return and nest at other locations along Chicago’s lakefront, she said.

Borns asked about expanding the protected area to include the plover’s nesting and foraging grounds nine months ago.

“I kind of thought it was a pipe dream, but it’s a reality now,” she said Thursday. “This is huge, even the volleyball players are some of the biggest supporters of the plovers, and there are other places on the beach for volleyball. It doesn’t need to be played on a critical habitat of an endangered species.”

“We are thrilled to announce the expansion,” Kelly said in a statement. “This treasured space, which attracts native and migratory birds, including the endangered piping plover and various plants, brings nature and people together in a unique way.”