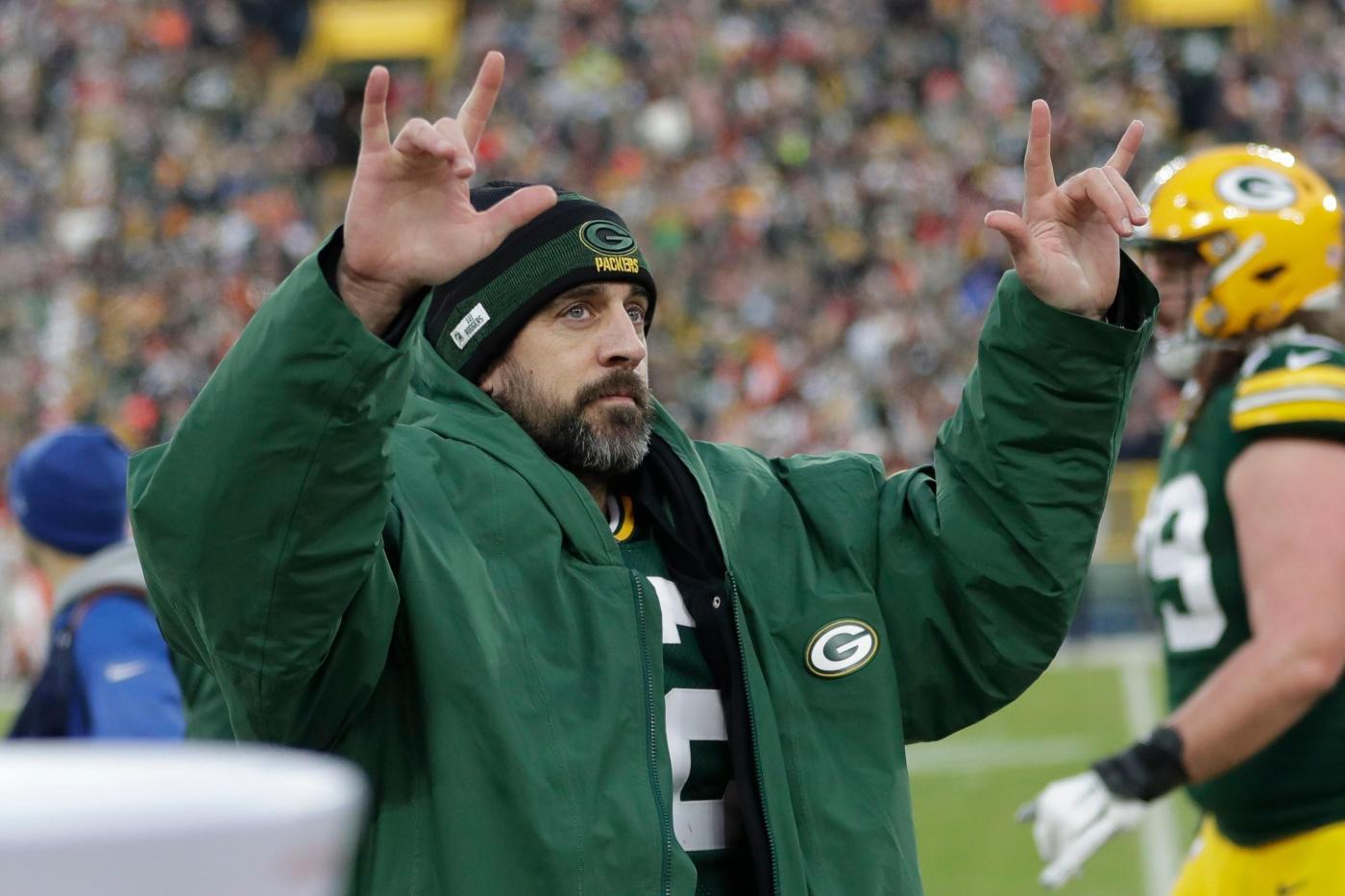 In a wide-ranging new interview this week, Aaron Rodgers let the world know about his psychedelic-infused spiritual journey over the past couple years that he believes made him a better NFL quarterback, winning back-to-back MVP awards, and a better human being, graced with a newfound sense of humility, gratitude and balance.

For the Green Bay Packers quarterback, this journey took him to the mountains of Peru to consume ayahuasca, a plant-based psychedelic, over a “magical” three-night experience just before the start of the COVID-19 pandemic, he explained in a podcast interview with Aubrey Marcus, a close friend and the founder of Onnit, a brand based on a holistic health philosophy that he calls Total Human Optimization.

Integral to his spiritual journey, both Rodgers and Marcus agreed, is that the football pro had to learn to embrace the “divine feminine,” a concept that Rodger said is antithetical to the “alpha male” culture of the NFL.

This alpha male environment, Rodgers said, “could be the cause of so much of the rage and repressed feelings that show up from time to time, when there is conflict or issues or frustration. A lot of that is that inner child that’s cultivated in you.”

When men embrace their feminine side, they can tap “into that play and that fun,” Rodgers shared with Marcus. “That’s a lot of what the feminine can give us: The enjoyment, the beauty and sensuality, the connections with feelings that allows to have that balance.”

What Rodgers appears to be talking about is a concept that’s regularly mentioned in New Age practices, contemporary witchcraft or even in Goop advice columns and marketing copy. As explained by the website Bustle, the “divine feminine” isn’t just a buzzword — it’s “a sacred spiritual energy that’s believed to exist within all of us.”

It represents the part of our consciousness “that connects us to qualities like intuition, feeling, nurturing, receptivity, and interconnectedness,” Bustle said. Or as Rodgers and Marcus indicated, it means finding strength in “softness” and challenging society’s idea of what it means to empowered.

“I think it’s leaving room to be completed by the divine feminine,” Rodgers told Marcus. “We aren’t whole as fully masculine, as just (expletive) alpha dogs. (The idea) of no pain, (being) warriors. We have to have that poet side come in, and the feelings and vulnerability. That’s what we were probably missing in this world. That’s why masculinity can be toxic. It’s the repression of the other part that keeps us from being whole.”

By allowing the “poet” side of himself to join “the warrior,” Rodgers said he gained a new perspective on his career and his significant relationships.

With regard to his career, he said his change in mindset came after his trip to Peru, leading to him enjoying the best two seasons of his career.

“I don’t think it’s a coincidence,” Rodgers said about winning his third and fourth MVPs in 2020 and 2021. “I really don’t. I don’t really believe in coincidences at this point. It’s the universe bringing things to happen …read more