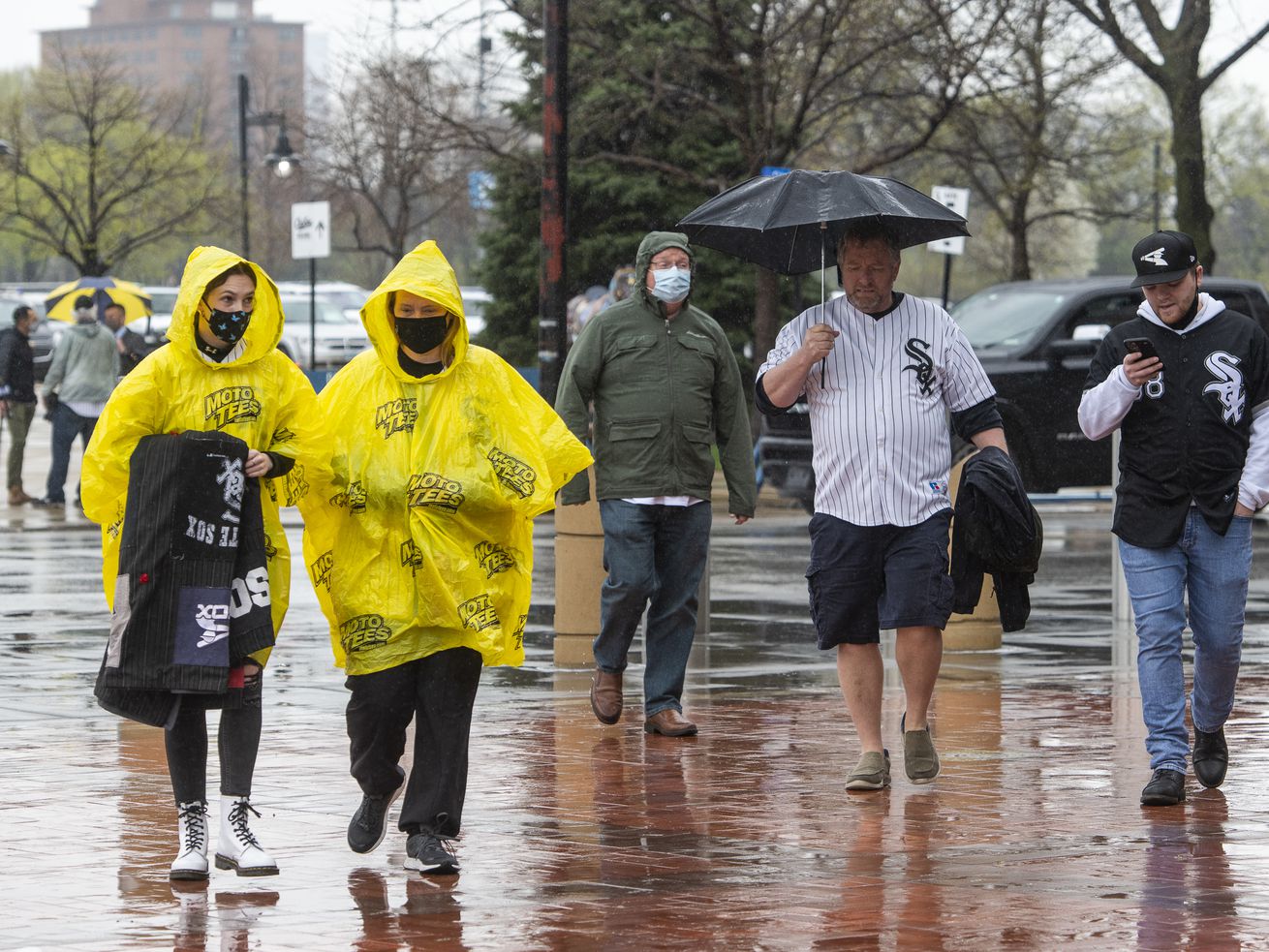 “Could’ve been last season. They just fell flat,” said Jay Allendorf, of Joliet, who has been to eight openers in a row. “But that builds character.”

Despite a lackluster first week, fans who flocked to the White Sox’ unprecedented — and rain-soaked — home opener Thursday still had high hopes for a World Series run.

“Could’ve been last season. They just fell flat,” said Jay Allendorf, a Joliet resident who has been to eight straight openers. “But that builds character. … I think they got all the pieces.”

Kevin May, of Riverside, also wasn’t deterred by the Sox’ shaky 3-4 start. He brought his dad, wife and two kids to Thursday’s game.

“They’ll get it together. They’re just kind of figuring things out. I’m pretty confident,” May said shortly after the gates at Guaranteed Rate Field opened for the first time since COVID-19 upended normal life.

Tyler LaRiviere/Sun-Times
The May family waits in line to enter Guaranteed Rate Field for the Chicago White Sox home opener on Thursday.

Inside the park, fans made their way to socially distanced seating. The unusual arrangements prompted no complaints from the fans who, after all, had not been allowed to attend any games at all during the 2020 season.

But 40 minutes before the scheduled first pitch, the announcement came that the start of the game would be delayed because of rain in the area put a damper on things.

By 3:10 p.m., the scheduled start time, a rather heavy rain put most of the fans under cover, while some stayed in their seats huddled under umbrellas.

In Minnesota, suburban mayor is thrust into policing debate

About an hour and a half later, though, the tarp was coming off. Shortly before 5 p.m., the festivities began, including boos for the visiting Kansas City Royals — and louder boos for the politicians (not only Gov. J.B. Pritzker, but even Mayor Lori Lightfoot, who shares some season tickets behind home plate).

The Sox were expecting a crowd of around 9,000, adhering to a 22% capacity restriction. They could go to 25% based on city guidelines but are ensuring proper distancing with every available seat.

Hours before the game, tickets were already sold out. Some fans said they shelled out over $300 for seats in stadium suites hoping that would be a good way to further keep their distance from others.

Rob Frayer, who made the trip to “the Rate” from northwest Indiana with his wife and two young kids, could barely hold back his excitement as he prepared to walk through the turnstiles.

“We’re ecstatic to be …read more

A look at the workplace sex harassment claims against Cuomo