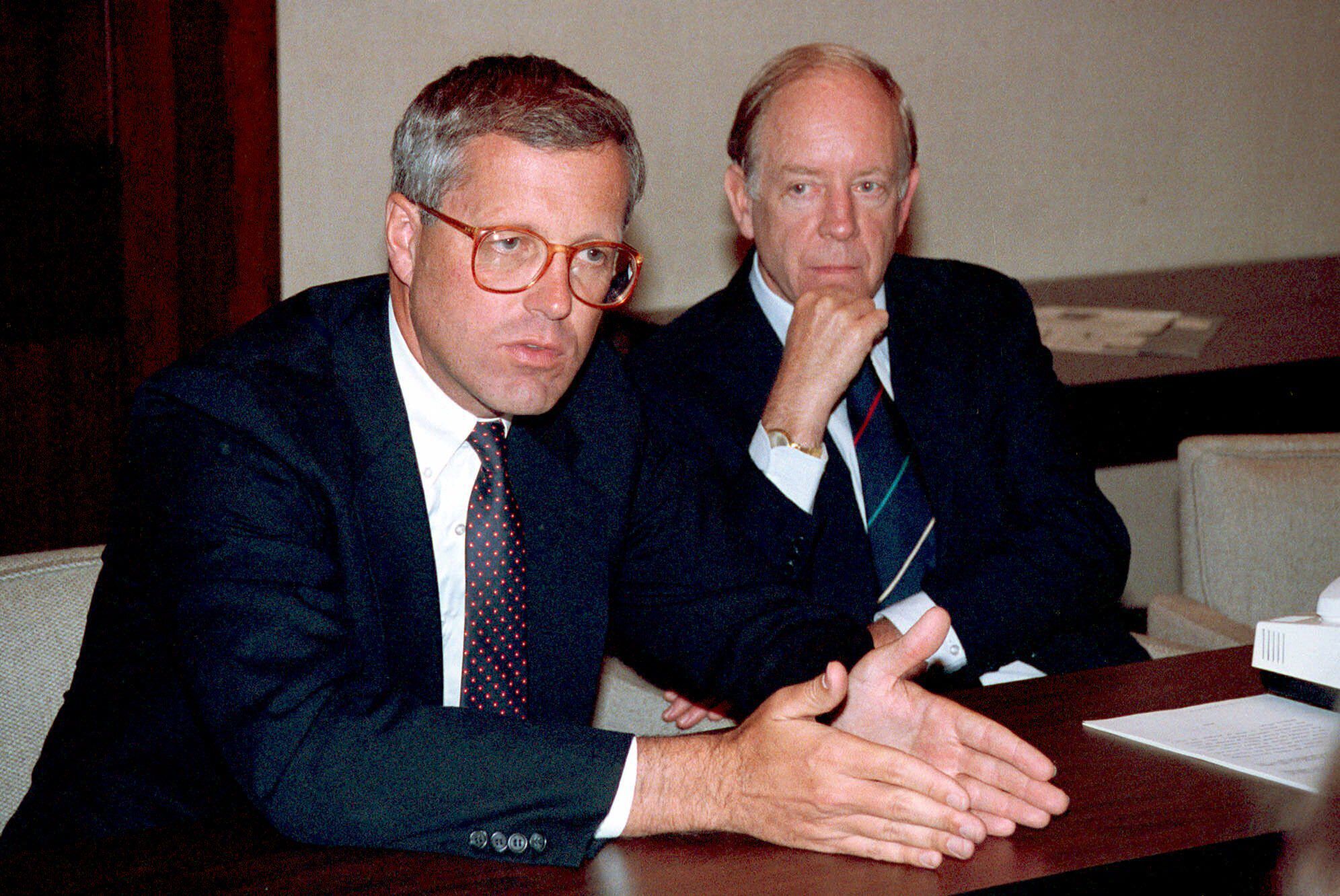 James A. Johnson, a former Democratic campaign operative who was CEO of housing lender Fannie Mae in the 1990s and served as chairman of Walter Mondale’s presidential bid, died Sunday at his home in Washington. He was 76.

Johnson’s son, Alfred, confirmed that his father had died, telling The Washington Post and Wall Street Journal that the cause was complications from a neurological condition.

A native of Benson, Minnesota, and the son of a prominent state lawmaker, Johnson had a political, cultural and business resume that prompted Harold M. Ickes, President Bill Clinton’s deputy chief of staff, to dub him “the chairman of the universe.” Johnson chaired the John F. Kennedy Center for the Performing Arts, the Brookings Institution think tank and Fannie Mae all at the same time.

Besides running Mondale’s failed run for the White House against Ronald Reagan in 1984, Johnson was a key player in the presidential campaigns of Eugene McCarthy, Edmund Muskie and George McGovern.

He turned his political savvy into business success. David O. Maxwell, former head of Fannie Mae, hired Johnson as vice chairman in 1990, after Johnson had helped the company hold off privatization efforts by the Reagan administration. Johnson was promoted to chairman and CEO the next year.

Johnson immediately set his sights on maintaining Fannie Mae’s lucrative government privileges and ensuring that new regulations were not overly burdensome. Johnson and his lobbyists helped fashion a 1992 law signed by President George H.W. Bush that aimed to reduce the chance of an expensive taxpayer bailout if Fannie Mae and Freddie Mac had bad loans on their books.

It also opened up a new era of home ownership for families who were previously unable to get mortgage loans.

After retiring from Fannie Mae at the end of 1998, Johnson served on the boards of several companies, including UnitedHealth Group, KB Home and Target, and was vice chairman of the Washington private-equity firm Perseus. He had chaired the advisory council of the Stanford Center on Longevity since 2011.