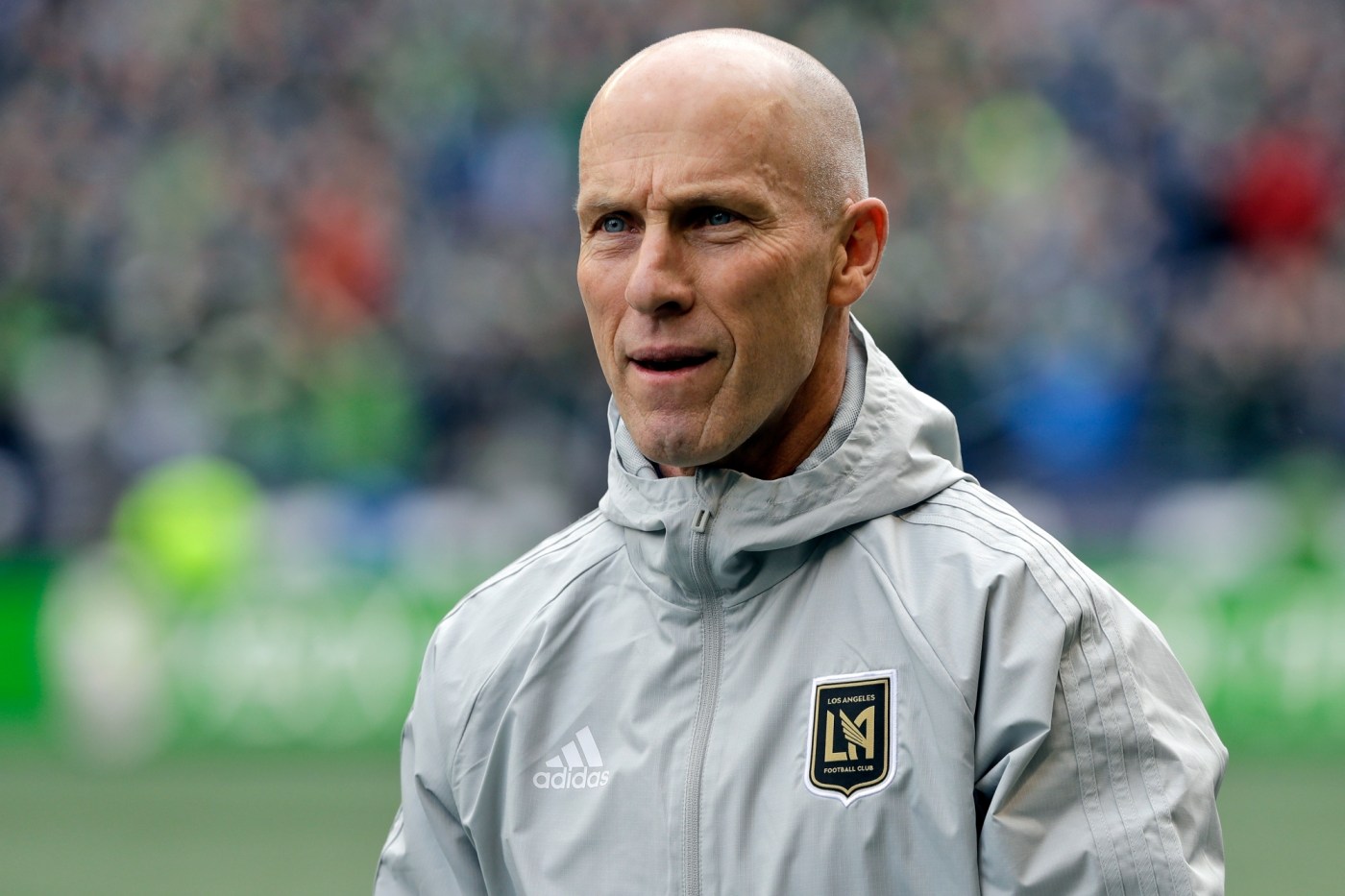 After mutually agreeing to end a four-year run managing the Los Angeles Football Club, Bob Bradley needed less than a week to move across the continent for his next assignment.

Bradley, 63, was officially introduced as the head coach and sporting director for Toronto FC on Wednesday, placing him in the same organization as his son, team captain Michael Bradley, and brother, Jeff Bradley, the club communications director.

“I’m very excited, there’s no two ways about it,” Michael said. “I’m excited for the club more than anything, though. I’m lucky. I know more than anyone how good my dad is and the environment he will create both inside the club and out on the field every day. As a player that’s what you want. That’s all you want. To come into a place every day where you’re surrounded by people who share the same ambition. Share the same drive. Share the same commitment to trying to create something different. Something special.

“So for me on a personal level, I’m very excited for my family. For my kids. I don’t think there are two people more excited in Toronto right now than my son and my daughter.”

For LAFC, Bradley was tasked with building an expansion MLS team into a winner like he did with the Chicago Fire in 1998. Working alongside general manager John Thorrington, Bradley led LAFC to a 58-34-32 record in league play to go with eye-popping statistics. However, several chances to hoist trophies netted just one: the 2019 Supporters’ Shield.

In Toronto, the three-time MLS coach of the year is responsible for a rebuild on the field and in the front office following the second-worst season in club history. The announcement came after TFC lost the Canadian Championship to Montreal on Sunday, then jettisoned interim head coach Javier Perez and general manager Ali Curtis.

Witcher 3 studio is not for sale, insists president Adam Kiciński

Toronto requested permission to speak with Bradley after LAFC was officially eliminated from MLS Cup playoff contention on the final day of the season in Colorado.

“I didn’t know if I’d have a chance to coach Michael again,” said Bradley, who is the fourth Toronto head coach this year and 12th overall in club history. “He and I have shared incredible moments in the game. They came when I coached him but they have come when we’ve been far apart watching him. The feeling of coming to Toronto, I was here for the (MLS Cup) final in 2017 and had great pride.

“The eight years Michael has been here, we’ve watched every game. I watched most games more than once. I really appreciate Toronto. The city. The connection the club has with the city. All of that fits with ideas I have developed over the years on the coaching end.”

LAFC needs a win and some help to …read more

US investing in Africa without imposing unsustainable debt: Antony Blinken

Cloudy at time and warmer today, sunny skies and cooler temperatures this weekend

Carlos Arias’ miraculous journey from past tense to Thanksgiving present