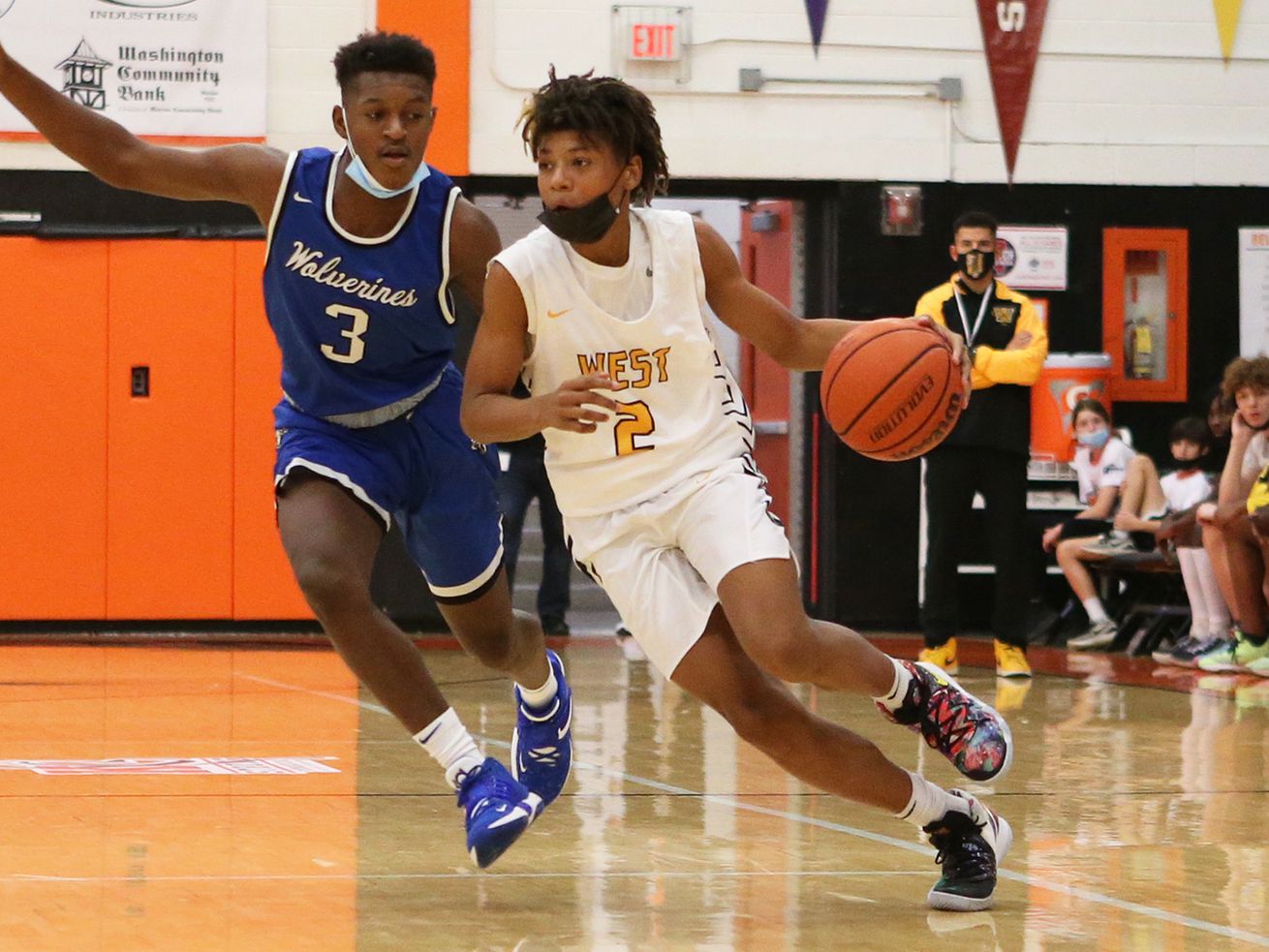 Joliet West’s Jeremiah Fears (2) brings the ball into the front court as the Tigers play Vashon. | Allen Cunningham/For the Sun-Times

But luck wasn’t with him at the end. He missed a possible game-winning three-pointer at the buzzer and the Tigers lost 61-59 to St. Louis Vashon at the Kevin Brown Memorial Tournament of Champions.

“He exudes confidence and toughness,” Tigers coach Jeremy Kreiger said. “He led us in scoring in his first high school game. He embraced stepping up to take the game-winner and then came into the locker room and apologized to his teammates for missing it.”

Sophomore Justus McNair, also playing his first high school game after missing his freshman year with an injury, added 16 points for the Tigers (0-1).

Joliet West built a 21-13 lead early but the Wolverines got back into it with an 11-0 run in the second quarter. The Tigers turned the ball over 23 times and shot just 6 for 15 from the free-throw line.

“As a team you have to value the basketball,” Kreiger said. “That’s something we are going to have to improve on.”

Two weeks into being forcibly trafficked in East Bay, girl was able to sneak text to social worker, police say

“I’m super proud of the guys given their youth and lack of experience,” Kreiger said. “They competed against a national powerhouse and probably the best team in Missouri the last few seasons.”

Golden Globes 2021: The Complete List of Nominees | Entertainment Weekly
Get ready to be jolted by the cold Saturday morning

Dishin’ on the Dish: shaking beef at Sochi Saigonese Kitchen