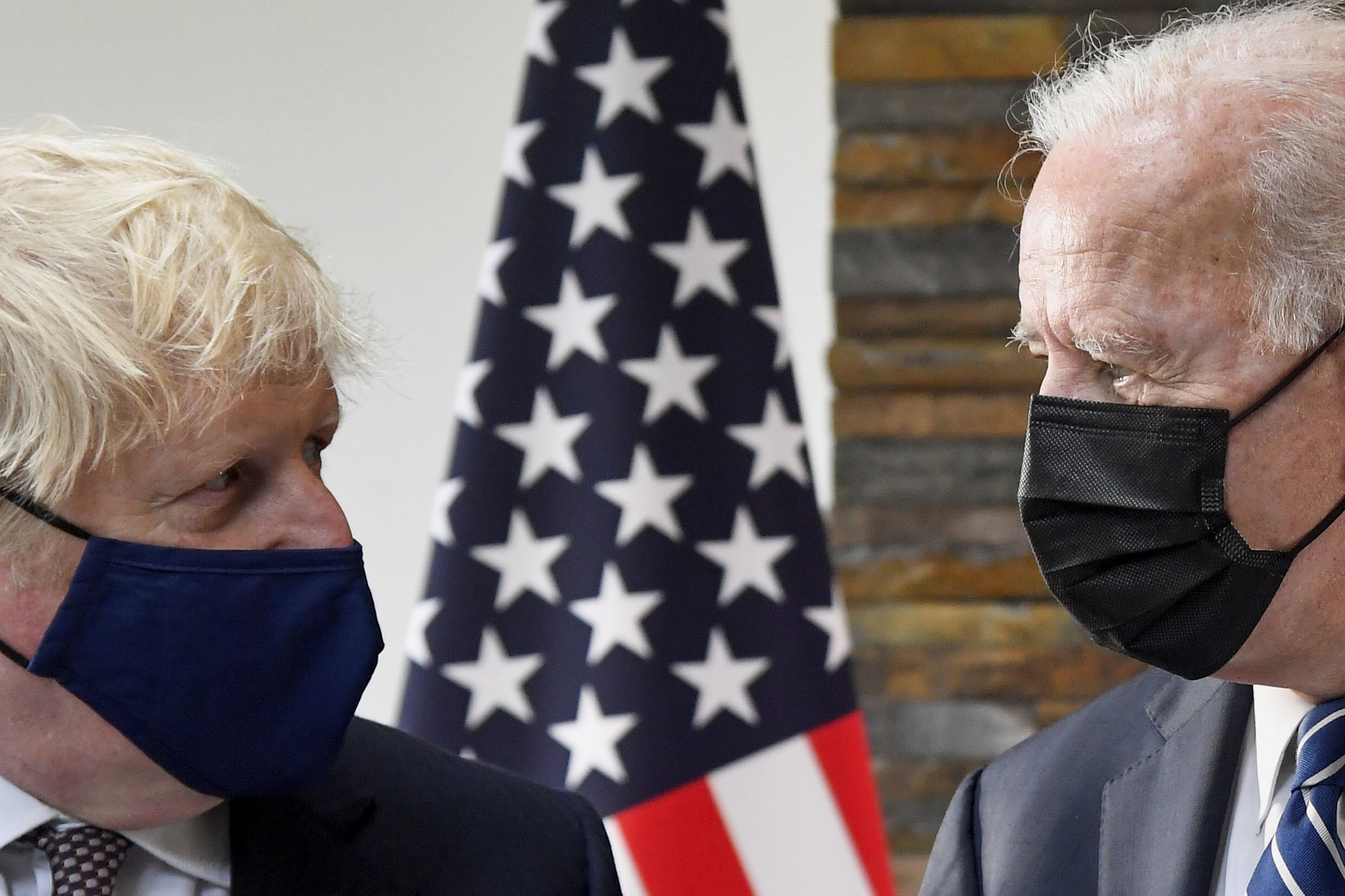 World leaders from the Group of Seven industrialized nations are set to commit at their summit to share at least 1 billion coronavirus shots with struggling countries around the world — half the doses coming from the U.S. and 100 million from the U.K.

Vaccine sharing commitments from President Joe Biden and British Prime Minister Boris Johnson on Thursday set the stage for the G-7 leaders’ meeting in England, where leaders will pivot Friday from opening greetings and a “family photo” directly into a session on “Building Back Better From COVID-19.”

“We’re going to help lead the world out of this pandemic working alongside our global partners,” Biden said, adding that the G-7 nations would join the U.S. in outlining their vaccine donation commitments at the three-day summit. The G-7 also includes Canada, France, Germany, Italy and Japan.

The G-7 leaders have faced mounting pressure to outline their global vaccine sharing plans, especially as inequities in supply around the world have become more pronounced. In the U.S., there is a large vaccine stockpile and the demand for shots has dropped precipitously in recent weeks.

Biden said the U.S. will donate 500 million COVID-19 vaccine doses and previewed a coordinated effort by the advanced economies to make vaccination widely and speedily available everywhere. The commitment was on top of 80 million doses Biden has already pledged to donate by the end of June.

Johnson, for his part, said the first 5 million U.K. doses would be shared in the coming weeks, with the remainder coming over the next year.

“At the G7 Summit I hope my fellow leaders will make similar pledges so that, together, we can vaccinate the world by the end of next year and build back better from coronavirus,” Johnson said in a statement referencing the U.S. president’s campaign slogan.

Earlier Thursday, French President Emmanuel Macron welcomed the U.S. commitment and said Europe should do the same. He said France would share at least 30 million doses globally by year’s end.

“The European Union needs to have at least the same level of ambition as the United States,” he said at a news conference. He added that time was of the essence, saying, “It’s almost more important to say how many (doses) we deliver the next month than making promises to be fulfilled in 18 months from now.”

Biden predicted the U.S. doses and the overall G-7 commitment would “supercharge” the global vaccination campaign, adding that the U.S. doses come with no strings attached.

“Our vaccine donations don’t include pressure for favors or potential concessions,” Biden said. “We’re doing this to save lives, to end this pandemic, that’s it.”

He added: “Our values call on us to do everything that we can to vaccinate the world against COVID-19.″

The U.S. commitment is to buy and donate 500 million Pfizer doses for distribution through the global COVAX alliance to 92 lower-income countries and the African Union, bringing the first steady supply of mRNA vaccine to the countries that need it most.

The Pfizer agreement came together with some …read more