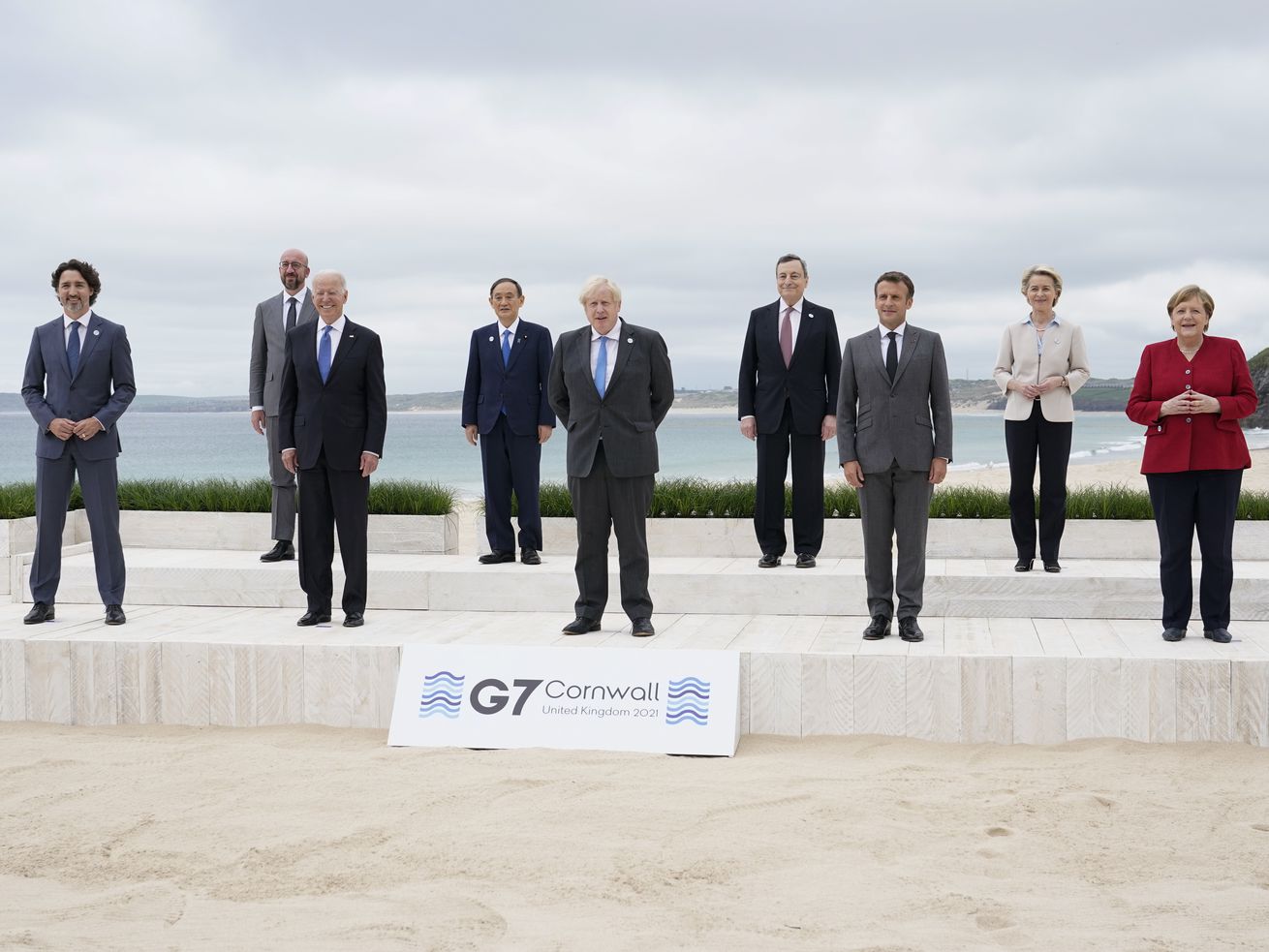 The wealthy nations’ leaders were all smiles and unity as Boris Johnson greeted them on the freshly raked sand of Carbis Bay, but they jostled over who was doing most to help the world’s poorer nations fight COVID-19.

CARBIS BAY, England — Group of Seven leaders brought pledges to share vaccine doses and make a fairer global economy Friday to a seaside summit in England, where British Prime Minister Boris Johnson said the coronavirus pandemic should not be allowed to leave a “lasting scar” on the world.

The wealthy nations’ leaders were all smiles and unity as Johnson greeted them on the freshly raked sand of Carbis Bay, but they jostled over who was doing most to help the world’s poorer nations fight COVID-19.

Recovery from the pandemic was set to dominate their discussions, with members of the wealthy democracies club expected to commit to sharing at least 1 billion vaccine shots with struggling countries. That includes a pledge from U.S. President Joe Biden to share 500 million doses, and a promise from Johnson for another 100 million shots.

Opening three days of talks in Cornwall, in southwest England, Johnson warned that world leaders must not repeat errors made over the past 18 months — or those made in the recovery from the 2008 global financial crisis.

“It is vital that we don’t repeat the mistake of the last great crisis, the last great economic recession in 2008, when the recovery was not uniform across all parts of society,” he said after leaders posed for a formal “family photo” by the sea.

Man who faked his death at treacherous Carmel beach gets prison

“And I think what’s gone wrong with this pandemic, and what risks being a lasting scar, is that I think the inequalities may be entrenched,” Johnson added.

The leaders of the G-7 — which also includes the United States Canada, France, Germany, Italy and Japan — hope the meeting at the resort will also energize the global economy. Beneath moody dark skies, the group walked away from the photo as cheerful as children who had just built a sand castle. As Johnson led the politicians off the beach, French President Emmanuel Macron threw his arm around the shoulders of Biden, whom he was meeting for the first time.

Facing criticism that they are hogging vaccines, the leaders are competing to be the global champion of so many wounded by the virus. With 3.7 million people lost in the pandemic, the world’s richest democracies are eager to show themselves the champions of the afflicted.