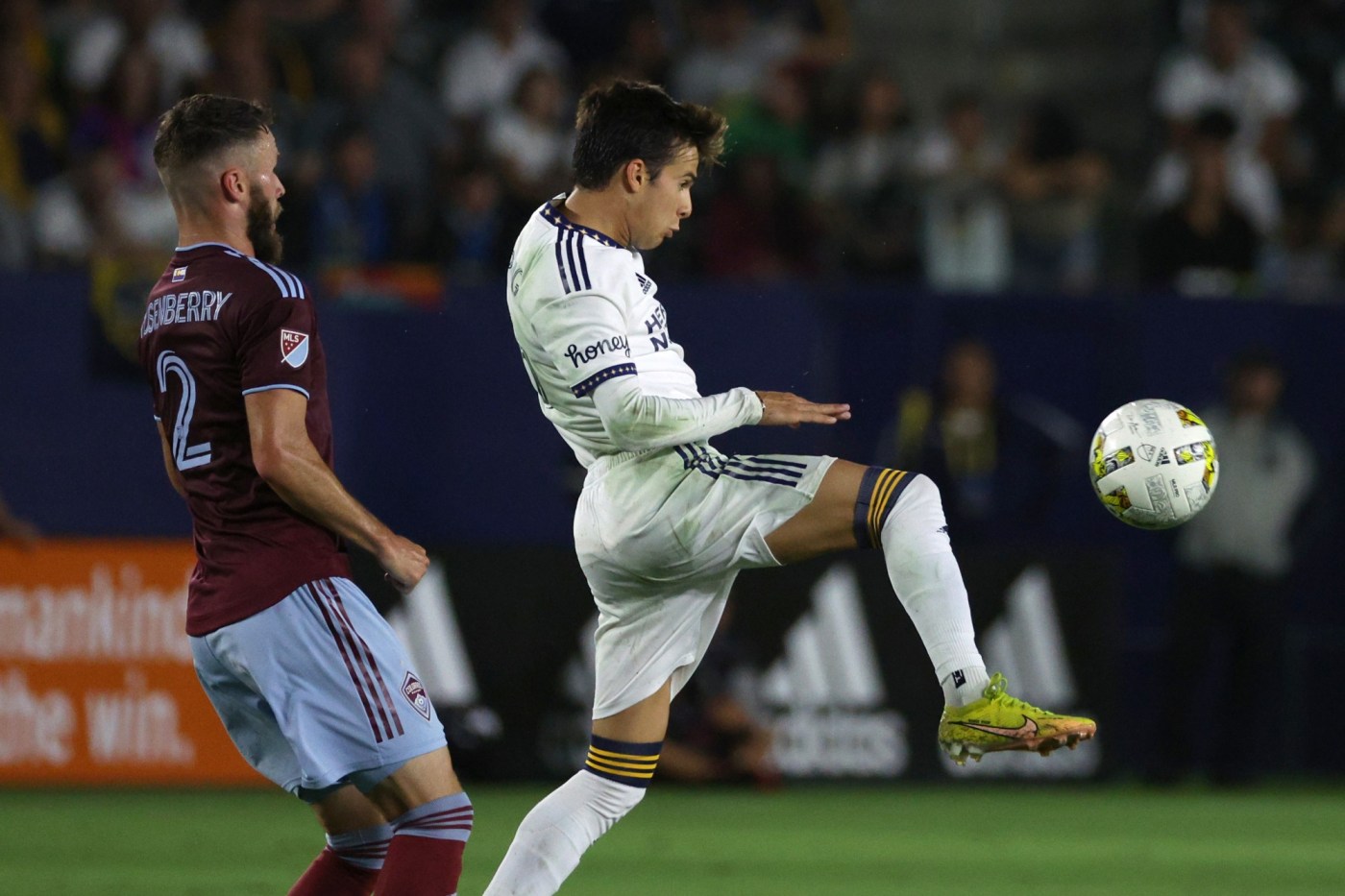 All eyes will be on the Galaxy this weekend.

After last week’s four-goal performance against the Colorado Rapids, the Galaxy will look to replicate some of that performance as they visit the San Jose Earthquakes. The game will be played at Stanford Stadium.

The game was initially scheduled for June, but was postponed due to a power outage and fires at that time. It is the only MLS game during the international window.

“We’re definitely confident and we know that’s the way we should be playing,” Galaxy defender Julian Araujo said of last week’s 4-1 win over Colorado. “That’s kind of our game. We’re all confident. We’re all together, we’re all healthy, we have to stick together.

“It’s a big game for us. We’re away, we want to at least get a point out of it, three (points) would be amazing. We want to build off of this confidence and keep going forward. These last three games is the last push for the playoffs and we want to go into the playoffs in the best way possible.”

The Galaxy (12-12-7, 43 points) enters the week in seventh place, holding the final playoff spot in the Western Conference. A win would bump them to fifth heading into the final two games of the season: Oct. 1 home against Real Salt Lake and Oct. 9 at Houston.

“If we play the way did against Colorado, I think we can definitely finish off the last part of the season strong,” Araujo said. “We have to play with purpose, we have to have everybody involved, we have to play the style (Galaxy coach) Greg (Vanney) wants us to play because if we can do that, then we’re going to be OK.”

San Jose (7-14-10, 31 points) has long been eliminated from playoff contention and has just two wins in its last 12 games. Still, when it is another edition of the California Clasico, normal doesn’t really exist. San Jose has won six of the past 12 meetings against the Galaxy, including a 3-2 win July 13 at Dignity Health Sports Park.

“It’s an important game on our side,” Vanney said. “What we’ve been doing, coming off of a good win, is trying to stay locked in, in terms of our preparation for San Jose, which is a team I feel that has some quality. They certainly have nothing to lose.

“It is a team that, in their stadium, in front of a large crowd, will try to be pretty aggressive, will try to be proactive against us. They’ll try to find their ways to take the game to us. We need to be prepared. Our mindset needs to be right as we go into a different setting and getting ready to play an important match. The points in this game are good points for us to work for.”

The Galaxy will be without Douglas Costa after he received a red card against Colorado. It is the second red-card suspension for the Brazilian midfielder this season.