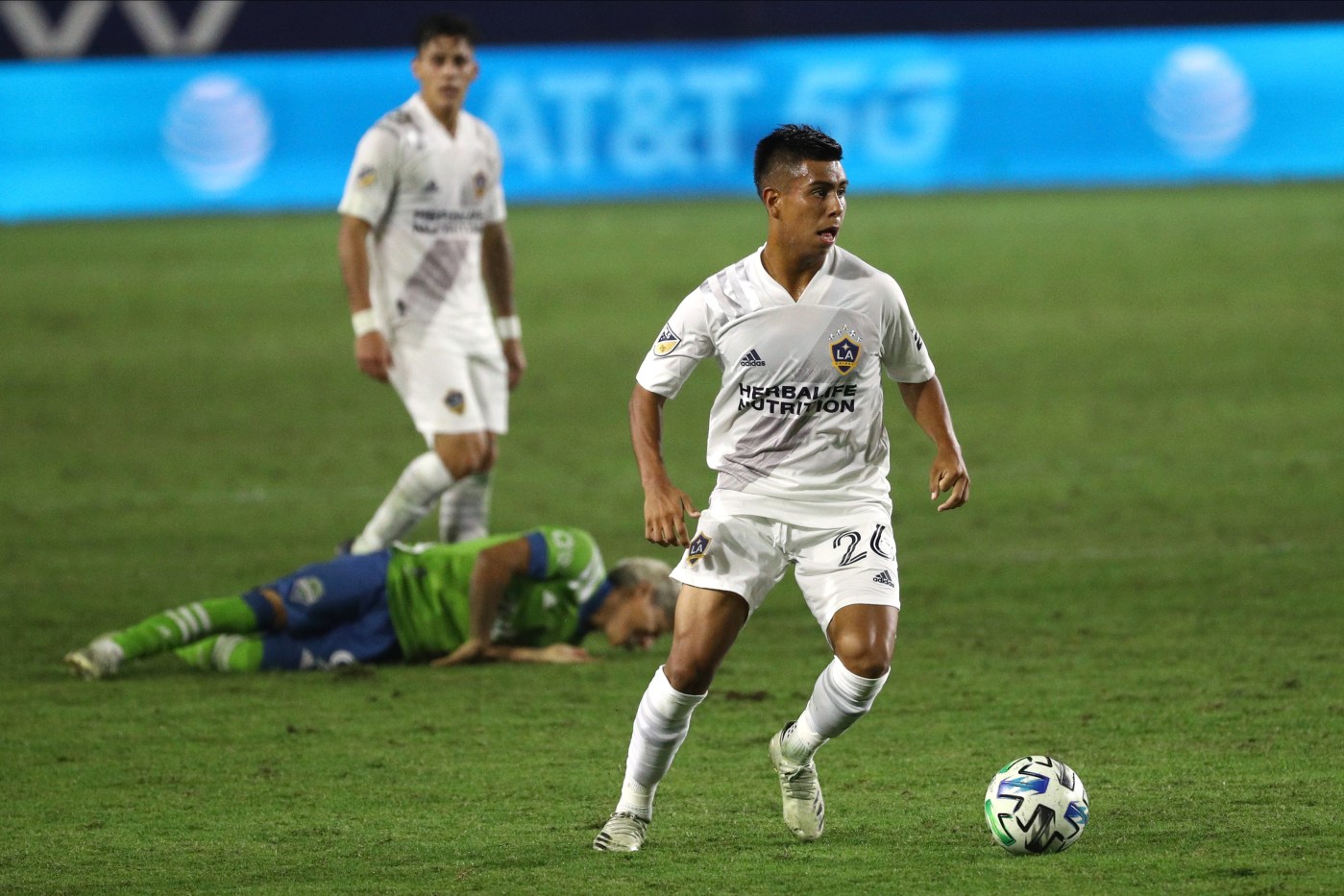 The Galaxy’s Efrain Alvarez has been selected to the preliminary rosters for the U.S. and Mexican national teams for the upcoming Olympic qualifying tournament.

Alvarez, an East Los Angeles native born to Mexican parents, has represented Mexico in youth competitions, most recently at the U-17 World Cup in 2019.

The 18-year-old midfielder was recently called into a U.S. national team camp, but wasn’t able to play. He will have to file with FIFA for an official one-time switch from Mexico.

U.S. coach Gregg Berhalter was impressed with Alvarez during the camp.

“What I saw today in training is that he’s a guy you want to be around the ball, a very creative player, has a good change of pace, very good in tight spaces,” Berhalter said. “To me, it was a really interesting training to watch him and I can see him in an attacking midfield role, in a winger role, even in the No. 9 role because of the way we’ve been using the No. 9 at times. To me, he’s a quality player.”

“What I’ve seen from him is a maturity, a development as a player over this last year. He looks much more physically fit, he’s able to impact games for longer this season. It was unfortunate he didn’t play more.”

The final 20-player roster must be submitted by each nation no later than 10 days before the start of the tournament, which will run March 18-30 in Guadalajara, Mexico.

The U.S. will face Costa Rica, Dominican Republic and Mexico in the first round. The top two finishers in each group will move to the semifinals, with the two winners then qualifying for Olympics.

Newark homicide in 2017 was robbery during meth deal, police say; trial date set for March after one defendant takes plea

Things to do – online and in-person – in the San Fernando Valley, LA area, Feb. 25-March 4