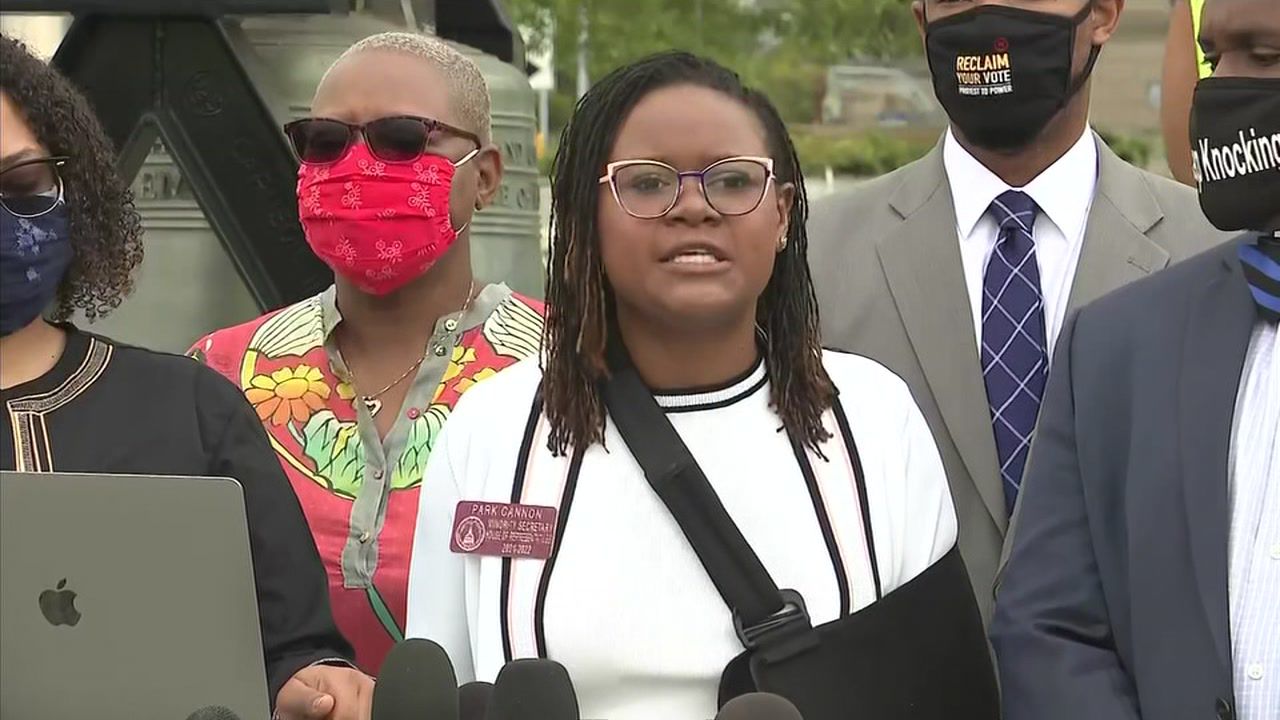 The charges against a Georgia state representative arrested last month while protesting the state’s controversial voting law have been dropped, and she vows to continue the fight against the elections changes.

Rep. Park Cannon held a news conference Thursday to talk about the incident that initially got her charged with felony obstruction and disrupting the general assembly session.

Since its enactment, major companies like Coca-Cola and Delta Airlines have spoken out against it, and Major League Baseball moved its All-Star Game out of the state in protest.

This week, Atlanta Mayor Keisha Lance Bottoms signed an executive order she said mitigates the impact of the voting restrictions in the law by giving clarity and information to voters about the new bill.

“I think it’s going to be left up to each mayor to do very similarly to what she has done,” Malone said.

Georgia voting advocacy groups say they plan to go to everyone who voted for this bill and hold them accountable.

“We need to look at them directly and figure out what it is that they’re doing in the community and what kind of impact that we have upon them, to persuade them to move back to a more progressive voting,” Malone explained.

The law gives the Legislature power of local election officials, eliminates persuasion attempts with advertisements on food and water given to voters in line, and expands weekend voting in some counties.

Groups like the SCLC are planning to protest the law at The Masters in Augusta this weekend.